A New Form of Political Discourse

Axelrod ignores the fact that protesting is a form of free speech.

By Stephanie Greene   and Elizabeth Adetiba 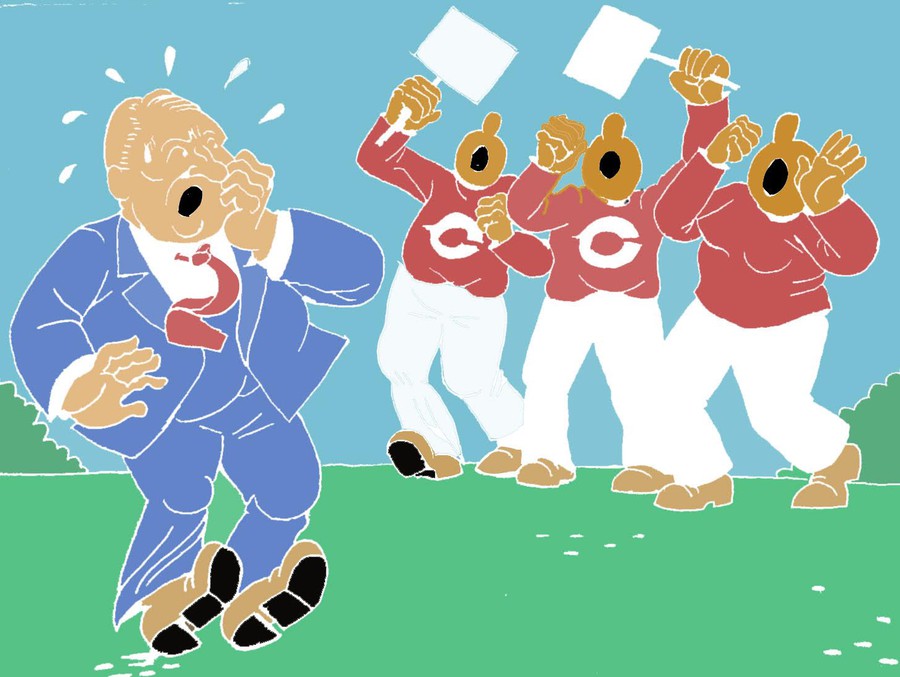 Last Thursday the Director of the Institute of Politics (IOP), David Axelrod, penned a letter to the editor in response to the Black Lives Matter protesters who organized a collective interruption of Cook County State’s Attorney Anita Alvarez. Axelrod argued in favor of giving all IOP speakers the opportunity to respond to “probing questions;” while we agree that democracy thrives on debate, his response is mired in a view that privileges traditional modes of political discourse which are largely inaccessible to marginalized communities, thus leaving them silenced.

We must first recognize that protesting, by its very nature, is a political act. Direct action has long been used as a tool by black activists due to the fact that it was, and in many ways still is, the only outlet available for them to challenge the political status quo. Chastising protesters for engaging in a political act at the Institute of Politics seems oxymoronic. While Axelrod is correct in stating that everyone has the opportunity to “vote with their feet” and boycott events featuring speakers that represent ideologies and actions they view as reprehensible, we would like him to recall the fact that activists in the Civil Rights Movement not only utilized boycotts to get their message across but also engaged in numerous acts of civil disobedience. Shutting down a publicly elected official who attempted to use her political power to deny justice for a victim of police brutality is akin to staging sit-ins at lunch counters to bring down oppressive Jim Crow segregation. One is not worthier of respect than the other.

But what we find most inspiring about the protest at the IOP is that it exemplifies the ways in which young black people are re-imagining democracy. They are living out a world in which they are louder than the politician who was complicit in one of the grossest injustices Chicago has seen in years. They are re-imagining a democracy in which protest is more than nominally valued. Axelrod has yet to realize that, through protest, black people are able to force seemingly rigid and unjust institutions to bend. It is a shame that his response implies that these activists should have opted to stay silent, as this much-needed conversation would not have been able to take place on this campus without their protests in the first place.

Some may read this statement and question our understanding of both the importance and the rarity of an opportunity to be able to question (or in some cases grill) politicians who appear to have violated the public trust.

That is not the case.

Rather, the more important question should be why, when confronted by a non-violent, impassioned group of young people, a seasoned politician would choose to run out of the building instead of engage with them?  Axelrod was right to state that intolerance threatens public discourse, but cowardice threatens public accountability even more. To characterize the protestors as “loud and profane” while commending Alvarez for theoretically being prepared to answer ‘tough’ questions causes us to wonder if Axelrod has any legitimate interest in understanding their motivation in shutting down the event. Axelrod’s response inadvertently indicates that this institution only recognizes young black people when we adhere to the bourgeois standards of decorum that often leave our questions and concerns unaddressed.

As black student leaders with strong ties to our communities, we cannot in good conscience allow Axelrod to capitalize on the actions Black Lives Matter has carried out to place racial injustice at the top of the political agenda for the sake of enriching the IOP’s programming, while belittling them in the same breath.

Unlike the two of us, many of these activists and organizers are not protected by the shroud of respectability that comes with being a University of Chicago student—they are more likely to be affected by State’s Attorney Alvarez’s draconian approach to criminal justice. And still, they organize, they protest, and they seize upon any and every way to hold her accountable.

We task the IOP to uphold its mission of “igniting in young people a passion for politics” not by denigrating the protesters’ non-traditional approaches to effecting political change, but by engaging with them instead.

Elizabeth Adetiba is a third-year in the College majoring in political science.

Stephanie Greene is a third-year year in the College majoring in English.