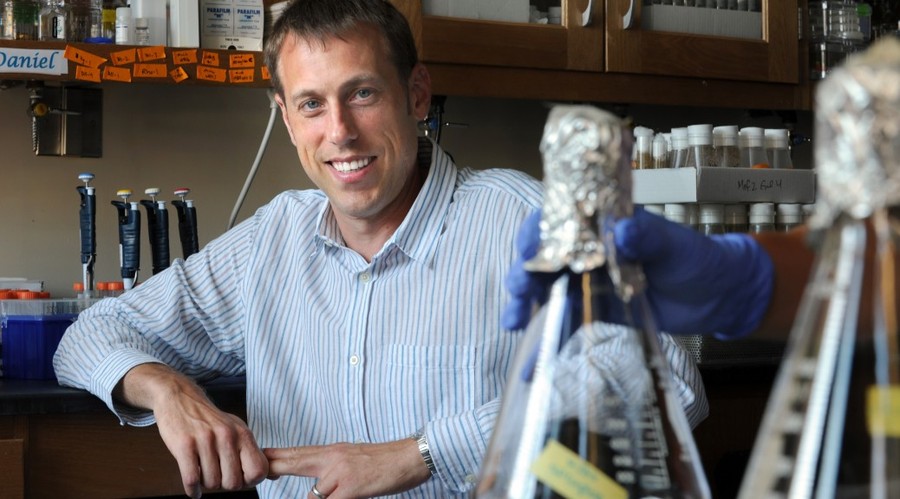 Dr. Jason Lieb, a professor in the Department of Human Genetics, resigned due to allegations of sexual misconduct.

Courtesy of Cortesy of Donn Young.

Jason Lieb, a professor in the Department of Human Genetics, resigned a little over two weeks ago following allegations that he violated the University’s sexual misconduct policies during a retreat organized by the molecular biosciences division.

According to a University investigation letter obtained by The New York Times, he engaged in sexual activity with a student who was unable to consent because she was under the influence of alcohol. Lieb went on a leave of absence after the University began an investigation last November. He formally resigned on January 21.

In an official statement, the University said that “sexual harassment and sexual misconduct are forms of sex discrimination that violate the standards of our community and will not be tolerated by the University of Chicago.” The University also stated that it is in the process of providing increased training on “related issues” to faculty members, graduate students, undergraduates, and staff members.

Graduate Students United (GSU) has since condemned the University for hiring Professor Lieb in the first place.
"The University's condemnable decision to hire Professor Lieb despite the concerns about his past conduct suggests a systemic unwillingness to regard sexual violence seriously. Graduate employees, like everyone on this campus, deserve the right to a workplace and university free of harassment, discrimination, and all forms of violence.'"

This is not the first time Lieb has been accused of sexual harassment. From 2002 to 2013, Lieb taught at the University of North Carolina at Chapel Hill and was the director of the Carolina Center for Genome Sciences, where he was promoted several times and was paid $172,000 as a distinguished professor of biology the year he left full-time employment. While Lieb was at UNC, a complaint was filed against him for unwanted contact.

In December 2013, Lieb joined Princeton University faculty as a professor of molecular biology and as the director of the Lewis-Sigler Institute for Integrative Genomics. He resigned on July 1, 2014, only seven months after he was first recruited. Yoav Gilad, a molecular biologist on the University of Chicago committee that unanimously voted to hire Lieb, told The New York Times that Princeton told the committee there had been no sexual harassment investigations into Lieb’s conduct while he was at Princeton.

A graduate student who worked with Lieb, who spoke on the condition of anonymity in the interest of her career prospects, said she was shocked and horrified by the events that have come to light.

“In retrospect, it is clear that [Lieb] had a problem with drinking…. He was an engaged and exciting scientist who fostered an incredible laboratory full of people doing amazing work, I never felt personally threatened or uncomfortable while we were talking science [though] his behavior bordered on inappropriate at times—usually after drinking—but those red flags are easy to pinpoint in hindsight.”

Last November, Sarah Wake, assistant provost and Title IX coordinator for the University, received a student complaint stating that Lieb inappropriately touched and pressured people to drink at an off-campus retreat held at the Eagle Ridge Inn in Galena, IL. Wake recommended Lieb’s termination to Kenneth Polonsky, dean of the Division of Biological Sciences and of the Pritzker School of Medicine, after receiving these complaints, citing the “broad, negative impact the conduct has had on the educational and work environment of students, faculty, and staff.”

In January, Wake concluded that Lieb’s conduct violated the University’s Policy on Harassment, Discrimination and Sexual Misconduct. The University has previously been criticized for its handling of sexual assaults on campus. In 2014, the U.S. Department of Education’s Office of Civil Rights launched a campus-wide investigation into the University’s potential breach of Title IX, which prohibits discrimination on the basis of sex in education programs or activities.

In an email addressed to BSD graduate students, Dr. Victoria Prince, dean of graduate affairs, said she hoped students would be open about the incident while respecting the privacy of those who were directly affected by the events.

“We hope to reinforce the message that sexual harassment and sexual misconduct are forms of sex discrimination that violate the standards of our community, and often the law, and will not be tolerated by the University of Chicago,” Prince wrote.

Peggy Mason, professor in the neurobiology department, said that Lieb’s swift departure is indicative of the University’s hardened stance against sexual assault.

“I think it’s very noteworthy that Sarah Wake was hired. When the Provost and the President hired her...they knew they were getting somebody who was going to effect change. She is a very effective person, [and] I think the Administration has spoken with their actions by hiring her. She has already demonstrated in this particular case that she will be an effective advocate for the safety of students in this academic institution today,” Mason said.