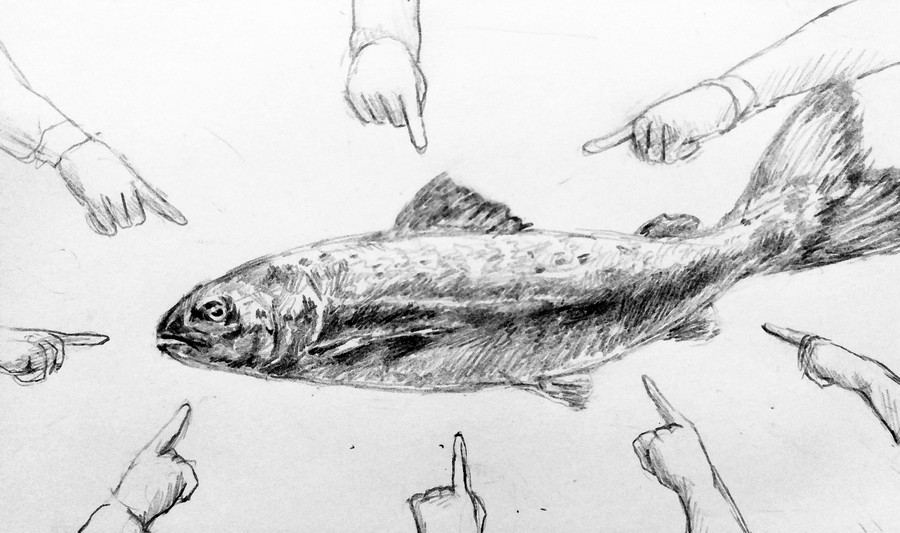 If you were to believe any upscale grocery store where “GMO-free” labels adorn every other product as far as the eye can see, you’d think genetically modified organisms (GMOs) are the literal incarnation of the devil. In places like these, it’s easy to assume that genetically modifying your food must be dangerous. Growing up with a pantry stocked with such items myself, I came to revile GMOs, and I assumed anyone with a brain would too.

Many of us seem to believe that a bunch of mad scientists in a musty basement somewhere are making Frankenstein’s monsters out of corn (according to the FDA, 88 percent of the corn you eat is genetically modified). But if you actually want to prove that GMOs are scary and evil, you aren’t likely to find any scientific studies supporting your answer. Although the Internet is full of articles claiming to have identified various health risks tied to GMOs, there is a consensus in the scientific community that GMOs have no adverse effect on human health, and studies that suggest otherwise have been lambasted. GMOs are carefully screened for potential health risks and environmental damage before approval, a process which involves the FDA, USDA, and EPA. Nothing can be approved for sale unless it clears every hurdle requiring GMOs to be as safe as any non-genetically modified food. Yet genetic modifications are greeted with fear and hostility, even though the conventional agricultural practices we’ve relied on for millennia amount to little more than crude genetic manipulation themselves.

If you want evidence of the irrationality of the anti-GMO movement, look no further than the controversy surrounding AquAdvantage. AquAdvantage is the first (and only) genetically modified animal to be approved for consumption in the U.S. as of November 2015. It’s a sterile salmon, exclusively female, that’s been modified to grow larger and more quickly. Information on AquAdvantage was first submitted to the FDA over 20 years ago. The actual approval process took five years to be completed after stiff opposition from consumers, advocacy groups, and even Congress (a group of senators asked the FDA to reject the salmon).

The concerns about the salmon are numerous: that it’ll escape into the ocean; that, once escaped, it’ll kill off all other salmon; that it’s unsafe to eat; and that it’s dangerous for the environment. All of these issues have been addressed over the past 20 years—AquAdvantage is exclusively female and sterile, and can only be raised and handled on land-based tanks in Panama and Canada. The idea of a sterile fish flopping out of its land-locked container, making its way to the ocean, and ruthlessly destroying its surroundings is, admittedly, terrifying.  It’s also ridiculous. As for health, the FDA’s rigorous studies (a summary which can be found on the FDA’s website) have been unable to identify any significant health risks from the consumption of AquAdvantage. The FDA has also concluded that the fish doesn’t pose an environmental risk.

But the numerous redundancies put in place to ensure safety have satisfied almost nobody. The announcement of the fish’s approval was met with condemnation from consumer groups, politicians, and restaurant chains (many of which were quick to announce that they would not sell genetically modified salmon). Lisa Murkowski, a Republican senator from Alaska, has threatened to block the appointment of the FDA’s next chief over the approval of AquAdvantage and has demanded mandatory labeling. Most Americans support this measure, even though the mandatory labeling of GMOs implies that it poses a health risk of some kind—which it doesn’t. While information on what products use GMOs should be available, a prominent label is deliberately misleading. It’s an attempt to scare consumers who are already panicking about a safe, well-regulated practice.

While labeling food hardly seems sinister, the fear that drives the GMO-labeling movement is actually very dangerous. People who refuse to put “frankenfish” on their table are in danger of believing that science doesn’t matter. Gut-feelings trump facts, and evidence is disregarded. This is the same belief that drives anti-vaxxers and every other anti-science movement under the sun. If we are to embrace the spirit of innovation that has driven the human race for so long, we’re going to have to admit that facts matter more than instinctive aversion.

Yes, there are risks associated with genetic modification. And yes, GMOs are “unnatural.” But then again, building skyscrapers is unnatural and risky. So is driving a car, or flying a plane. Risk means only that we should proceed with caution—which is what we’re already doing. It is not a license to stop the course of progress.