Jukebox the Ghost’s Show a Shot of Espresso 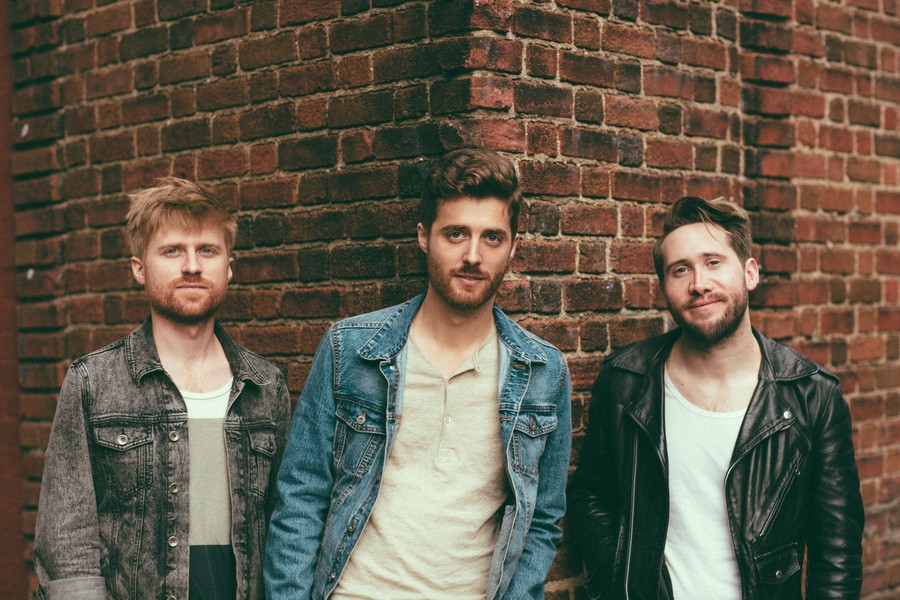 Jukebox the Ghost knows exactly what kind of band it is.

“You know how there are bands for drinking, and there are stoner bands? We’re a caffeine band, generally speaking,” said lead singer and keyboardist Ben Thornewill between songs at Jukebox the Ghost’s Thalia Hall show on Friday.

The band, composed of Thornewill, Tommy Siegel on guitar, and Jesse Kristin on drums, is currently label-less, which might be worrying to a band working on a new album. But if they were at all worried, their caffeinated happiness onstage didn’t betray it.

Jukebox the Ghost has been performing together for more than 10 years, and their experience showed, especially in comparison to their opening act, Mainland. A rather young band from New York City, Mainland’s songs were a bit guitar-heavy and harmonically repetitive. However, they were called upon last-minute to fill in for the Family Crest for a few weeks on the Jukebox tour, so they get points for trying.

After about half an hour of hearing the same four chords, the stage went dark, and Bernie Sanders’s version of “This Land is Your Land” began to play over the speakers. It was surprising to much of the audience, but maybe not to those who had noticed Siegel’s Bernie shirt earlier during stage setup.

But Bernie’s voice soon faded away, the lights flared on, and Jukebox the Ghost kicked in with “Good Day,” an upbeat song that set the tone for the rest of the show.

Thankfully, the band wasn’t afraid to deviate from the studio versions of their songs, and the expectation of the unexpected kept the night interesting. Thornewill improvised a piano interlude in “Girl” that transitioned right into “Sound of a Broken Heart.”

They also weren’t afraid to face imperfection. During the show, they debuted a song called “Keys in the Car” from their forthcoming album. Midway through, Thornewill forgot the lyrics. The whole band laughed and stopped, and as soon as Thornewill remembered the words, picked up right where they’d left off.

“Nobody knows the words,” Siegel said to him afterward. “You could’ve sang, like, ‘Gangnam Style’ or something.”

In fact, the band not only faced imperfection—they embraced it. Later on in the show, they brought out a wheel with songs they rarely perform written on it. Thornewill would spin the wheel, and the band would perform whatever it landed on.

One of the options was “Steve’s Choice,” where they would allow a man from the audience named Steve to pick a song. Another option was “Hold It In Supreme,” a different version of their song “Hold It In.” It was only different, however, in that each member of the band would play an instrument they didn’t know how to play.

“For you, Chicago, we have put it on the wheel no more than five times,” Thornewill said. When it didn’t come up on one of his spins, he spun the wheel again. With Siegel on the keyboard, Thornewill on drums and Kristin on guitar, Thornewill admitted that they’d never made it past the bridge of the song. (Thornewill dedicated the song to Steve.)

The band also channeled Queen with covers of “Under Pressure” and “Bicycle Race,” the latter featuring actual bicycle bells.

There was only one slow moment in the show: Thornewill, left alone on the stage under blue and purple lights, sang “Undeniable You” with the help of a looper pedal. As he layered his own voice over itself again and again, the harmonies moved from haunting to unsettling much too quickly and lingered for too long.

This was the one weakness of the show and maybe a weakness of the band overall. Though Jukebox the Ghost ran through some of their more serious, emotional songs earlier in the show, with “Postcard” and “When the Nights Get Long,” the vibes were as energetic and happy as any of their more upbeat songs. “Undeniable You” may have just been the crash after a caffeine high.

That didn’t change the genuine fun had by the audience, especially since the band genuinely seemed to be having fun, too. And, much like caffeine, the energy of Jukebox the Ghost’s show was definitely addictive.