“But the case we are making is that we are really at a tipping point right now. That the cancer is a stage four cancer.” 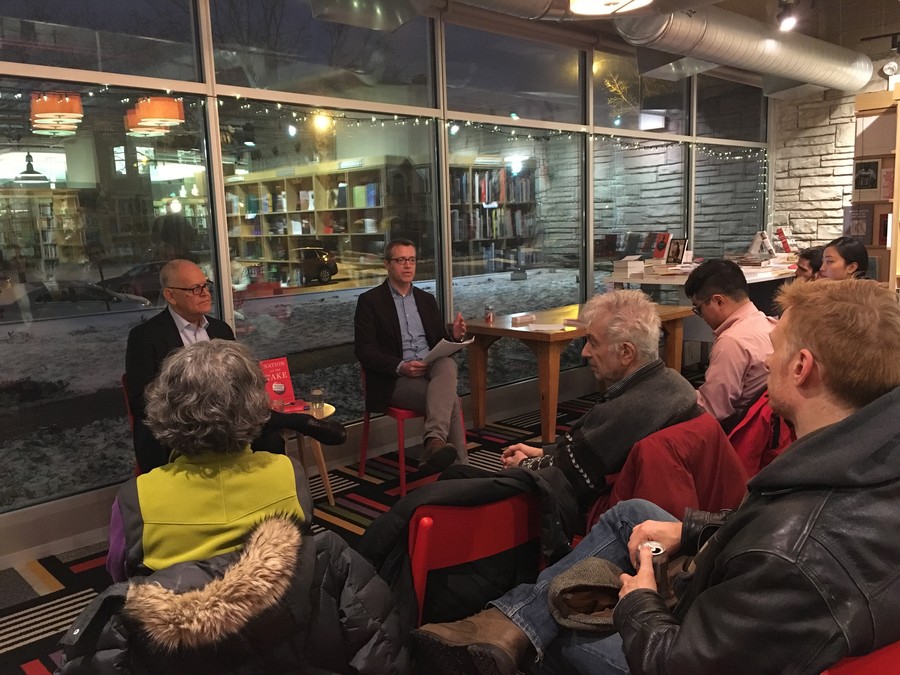 Wendell Potter and Nick Penman speak at the Seminary Co-Op Bookstore introducing their new book "Nation on the Take."

Wendell Potter and Nick Penniman, the authors of Nation on the Take, a book about how big money corrupts democracy in the United States, discussed their thesis at the Seminary Co-Op Bookstore on Wednesday. The talk was co-sponsored by the Institute of Politics.

“The central case we are making in the book is that everyone knows that money in politics is a problem and has been in different periods in history,” Penniman said. “But the case we are making is that we are really at a tipping point right now. That the cancer is a stage four cancer.”

Potter is a senior analyst at the Center for Public Integrity, a nonprofit investigative journalism organization, and Penniman is the executive director of Issue One, a nonprofit organization whose mission, according to its website, is reducing the influence of money in American policy and policymaking.

Potter and Penniman laid out four main methods through which the country could wrest political power back from big money: new ways of financing, ethics and lobbying reforms, stronger transparency, and disclosure measures.

When asked how college students could contribute to solving the problem of campaign reform, Penniman mentioned that they could start creating more noise about the issue that the political operatives will pick up on.

“Constant, low-level, but really important pressure needs to be provided on the system. I’d love to say that there is a big legislative target that we need to get behind right now, unfortunately, that doesn’t exist,” Penniman said.

The talk drew a small crowd of around 20, mostly non-UChicago affiliated, residents from the greater Chicago area.