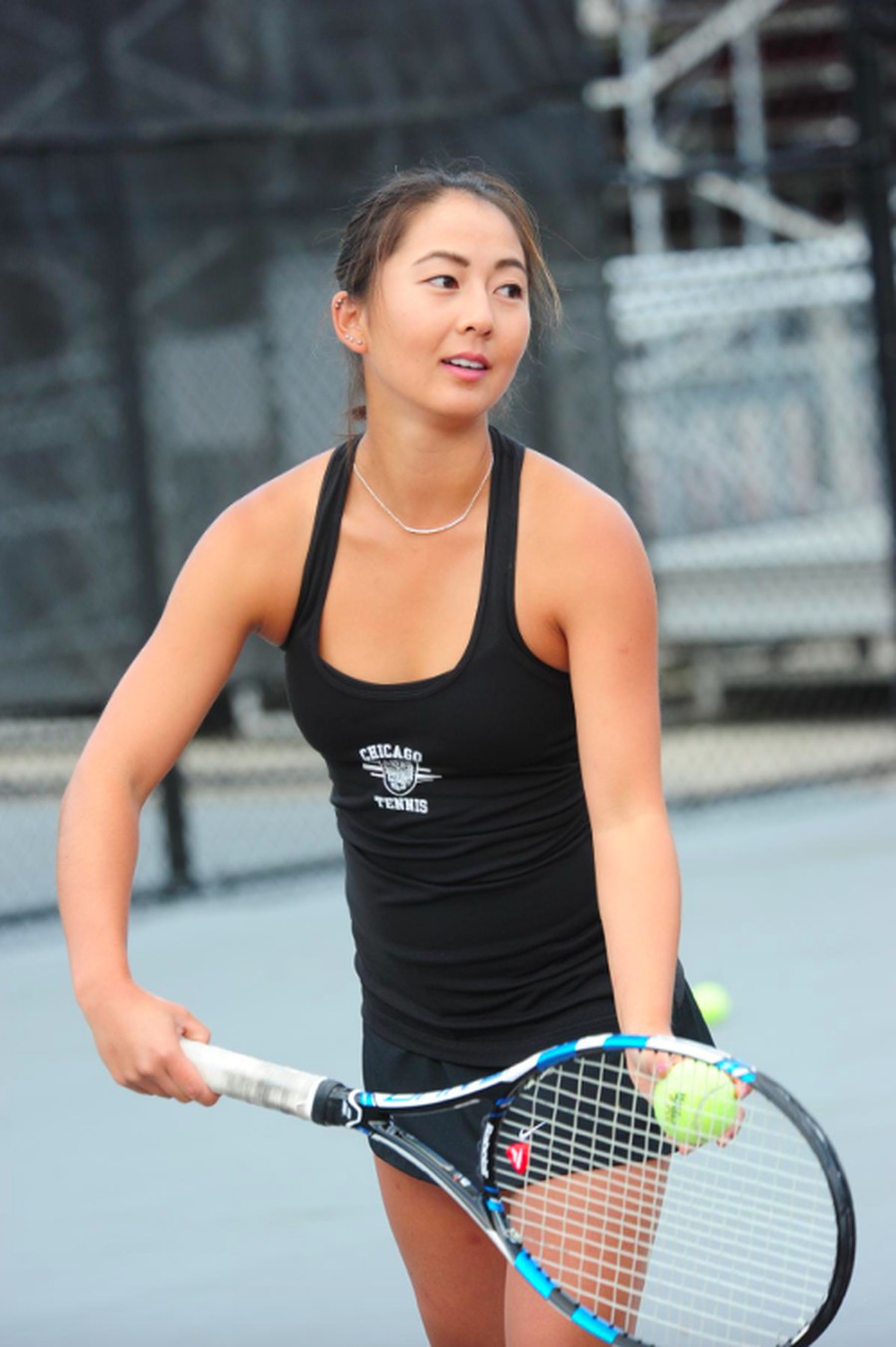 The No. 2 men’s and No. 15 women’s teams will host a dual match against DePauw at their usual indoor tennis facility, XS Tennis, this Saturday. The Maroon men currently stand with a record of 8–1 overall, with DePauw also possessing only one loss at 4–1. The Maroon and DePauw women have more even records at 3–2 and 3–3 overall, respectively. At their last meetings in the 2015 season, both South Sider teams were able to pull out the victory as the men won 7–2 and the women won 6–3.

Second-year Nicolas Chua said, “The season has started off quite well, the only sad thing is we lost in the finals of nationals. Being ranked No. 2 in the country is something new for us and nothing to be disappointed about, but we have higher aspirations for the end of the season. Given that, this weekend we’re looking to go out there and use what we’ve been working on the past couple of weeks. I believe we have an advantage at every spot this weekend and we’ll be looking to take every match.”

The No. 2-ranked Chicago men’s team faces off against the Tigers, who are coming off a dominating 8–1 win over No. 35 Denison. While the men finished as runner-up at the ITA DIII National Men’s Indoor Championship, they were able to collect a trophy just as rewarding in the second Steve Wilkinson Team Sportmanship Award, given out to a participating team “that has displayed exceptional sportsmanship, character, and ethical conduct in the true spirit of competition and college tennis.”

Second-year Bobby Bethke was able to obtain his first win of the season in the men’s third-spot doubles match, teaming with second-year Luke Tsai to contribute to the Maroons’ sweep of doubles play to take a quick 3–0 lead.

Second-year David Liu will also be a key player to follow, as he won both his singles and doubles matches against Denison. He now stands with an unbelievable 16–1 record at singles and 17–3 record at doubles with partner Chua. The DePauw Tigers will have their hands full, as the South Siders look to continue their momentum this weekend.

The No. 33 Tigers (4–1) are riding a three-game winning streak, sweeping all matches 9–0 in that period. Their last loss came from DII University of Indianapolis, also by the score of 9–0. A team with experience all across the board, DePauw will look to avenge its 7–2 loss to Chicago last season. Fourth-year Alec Kaczkowski and third-year Dan Rodefeld, each of whom has played at DePauw’s number-one singles spot this season, contributed to the doubles wins in the men’s matches.

Chua said, “I think being at home is great because people can go and watch and we also are more comfortable there. We practice there every day so it just adds that little extra edge to our matches. Even if the match wasn’t at home, however, I think the result would be the same. So it’s nice being home but not necessary for this weekend.”

The No. 15 Chicago women’s team will also take on No. 14 DePauw in a highly contested matchup of evenly ranked teams. Against Denison, doubles partners third-year Tiffany Chen and fourth-year Stephanie Lee each won both of their matches, first taking the doubles point before Chen won her No. 5 singles match 6–1, 6–0, and Lee won 6–1 and 6–2 in the No. 6 slot.

Also notable, in four dual meets this season, fourth-year Lucy Tang has impressively gone undefeated in the three, four, and five slots. She is the only Maroon women’s tennis player not to have lost a match in dual competition and will seek her fifth consecutive win this Saturday.

The No. 14 DePauw Tigers come into the meeting after taking seventh place at the ITA DIII National Women’s Indoor Championship by a 5–4 margin against MIT. Preceding that result, they found themselves in a rut, losing three straight games by six matches or more. The Tigers will hope that their fortunes have changed and will look to confirm it this weekend against the Maroon women.

Fourth-year Megan Galle will be a key factor, as she was named NCAC Player of the Week, going 5–1 in her singles and doubles matches in the week leading up to the award. In the matchup last year, third-year Maddie Lee, who has played every match at No. 1 singles this year, was one of the victors.

The Chicago men’s and women’s teams will drive a few blocks south to XS Tennis to host the DePauw tennis teams this Saturday, March 5. The men will get things started at 2 p.m., with the women slated to follow at 6 p.m.