Gentrification in Chicago and Around University Considered in Talk 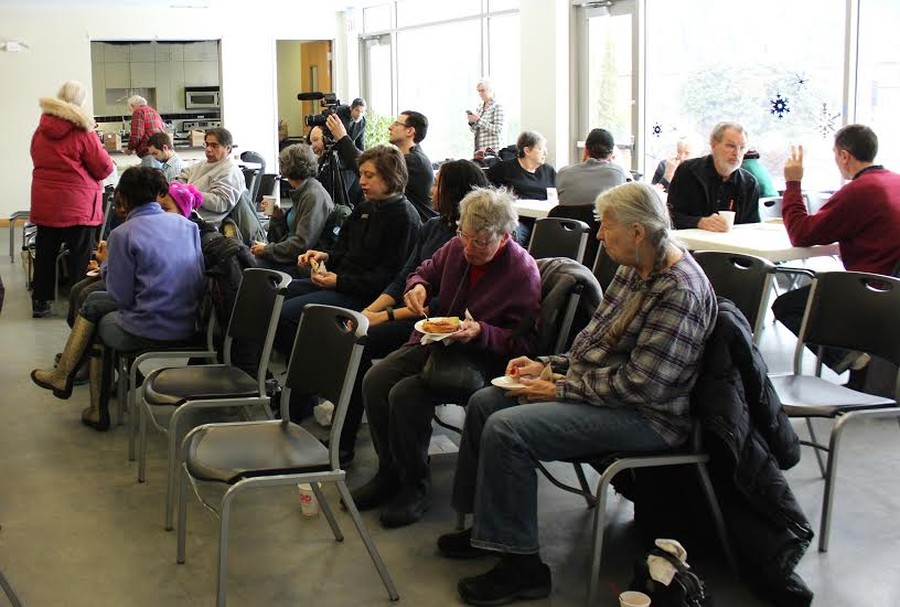 The event, held at Augustana Lutheran Church on East 55th Street, began with a brief overview of the CECD’s activities over the past year by the organization’s president, Pat Wilcoxen. The event centered on a presentation about gentrification in Hyde Park by Jesse Mumm, a cultural anthropologist who received his A.M. from the University of Chicago.

Mumm, who grew up in Chicago, opened his talk with a discussion of his background and ethnographic research in various Chicago neighborhoods. Mumm compared modern gentrification and historical processes of segregation, highlighting the role real estate developers play in over-developing communities and eventually pricing out long-term residents.

Mumm also stressed the role of stereotypes and the use of rhetoric in modern patterns of institutionalized racism. As an example, Mumm pointed out that although “getting rid of drugs” in communities is frequently used to imply removing non-white individuals, his research has found that illegal drug use in Chicago’s Humboldt Park neighborhood is higher among incoming white populations than the established Hispanic community.

Mumm argued that the best chance Chicago communities have to fight overdevelopment and gentrification is to establish legal precedent making the processes behind these shifts illegal. According to Mumm, community activists need to establish that luxury development is directly harmful to nearby residents because of increase in rent and cost of living, and should be conditional on community approval.

Addressing the argument that community members should be willing to work with developers, Mumm said, “Who are the developers? They don’t live here. Where does their capital come from? It comes from New York, London, Tokyo; it comes from anywhere. It’s capital, floating around the world, looking for a place to multiply itself. It has no interest whatsoever in anything to do with your quality of life.”

Following the presentation, Mumm answered questions from audience members, read by a CECD moderator off of notecards collected during the speech. Many of the questions focused on the University of Chicago and its role in gentrifying Hyde Park.

Responding to a question about how the community and UChicago interact, Mumm said, “a university is not beholden to the community around it in the way an alderman is supposed to be, but on the other hand, a university is shameable.” This prompted an audience member to shout, “not anymore.”