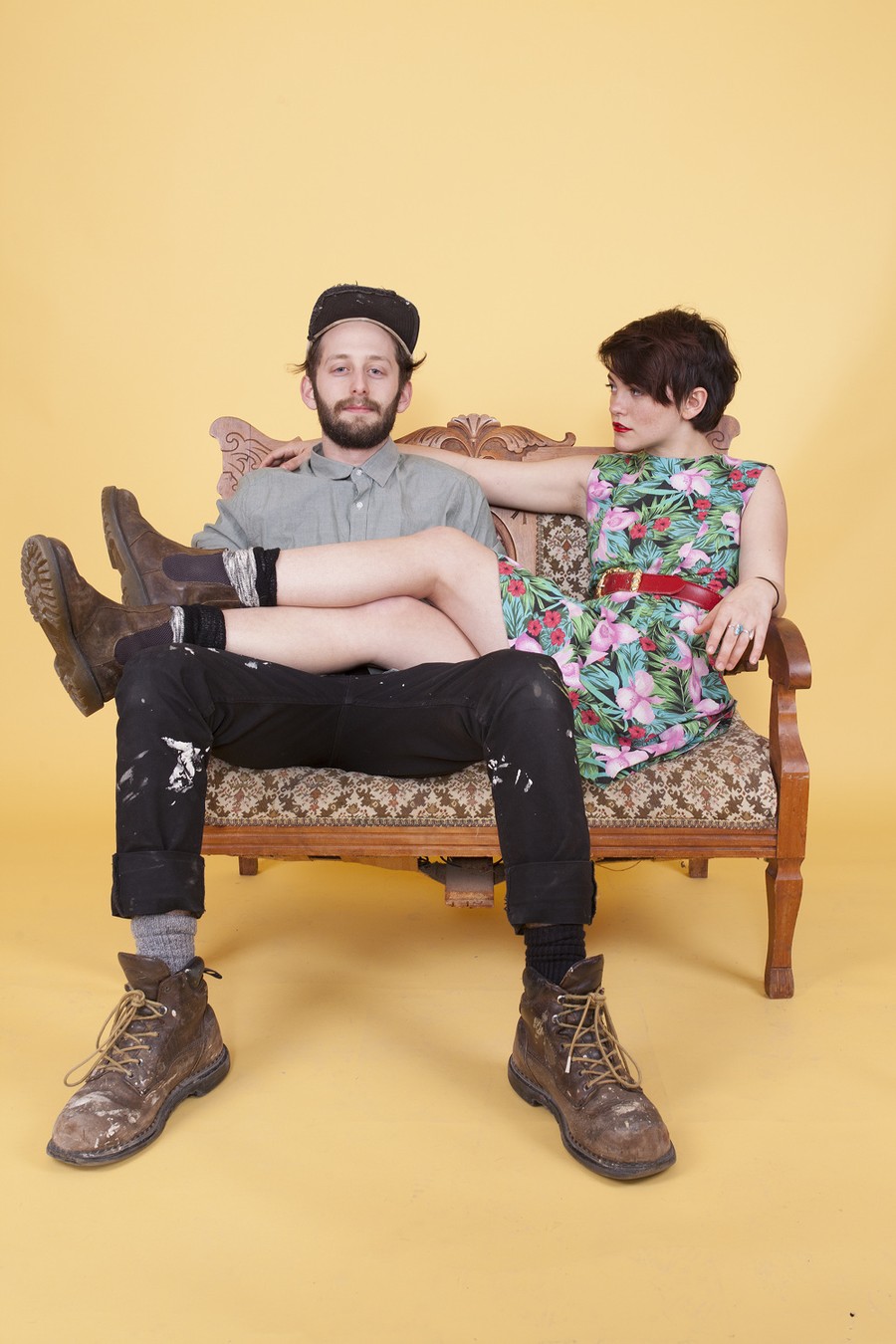 Diet Cig was halfway through its set at Subterranean last month, and they were playing a new song. I can’t remember how the tune went, but I wrote down one of the lyrics in my post-show notes: “It’s hard to be a punk and wear a skirt.”

That line seems to be what Diet Cig is mostly about, inadvertently more than deliberately: frontwoman Alex Luciano’s lyrics and stage banter brought a careless femininity to Diet Cig’s pop-punk music—not normally a femme-friendly genre. Women in punk have a hard enough time, but being a stereotypically “girly” woman in punk is even harder. Punk girls are So Tough, they wear leather jackets, they mosh with the boys. And Luciano is right: you can’t wear a skirt and crowd-surf, unless you’re willing to show the entire audience the color of your panties. The entire structure of punk—hard, aggressive music—is anathema to traditional notions of femininity.

“But what about Riot Grrrl?!” the punk historian twitches at me.

Yeah, sure, Riot Grrrls wore dresses, but Diet Cig feels determinedly apart from Riot Grrrl. For one, they’ve got more melody in one EP than Bikini Kill and Babes in Toyland’s combined discographies; second, Diet Cig isn’t explicitly political. Kathleen Hanna was interested in writing songs that, for example, protested male privilege. Luciano is interested in writing personal songs, some of which happen to be about her experience as a woman because she happens to identify as one.

So thank fuck we have Diet Cig. Luciano bounced on stage—literally bounced—and then sank into two lunges.

“Let’s get warmed up!” she yelled, sounding like a higher-pitched Brooke Wyndham from Legally Blonde. Then: “My hardcore band is called Deep Lunge!” The other half of Diet Cig, drummer Noah Bowman, chuckled from behind his kit.

Luciano continued to high-kick in between songs, but there were (sadly) not that many: Diet Cig played one of the shortest headlining sets I’d ever heard, mostly because their recorded output consists of one EP, 2015’s Over Easy, and a 7”. However, the new songs sounded wonderful. There were different chords than on Over Easy and lyrics about Luciano dating a boy also named Alex. Luciano prolonged the set with some peppy stage banter, letting loose some gems: “We imported [Bowman] from Spain, where he taught underprivileged dolphins!” and something about how she liked Chicago because it was cold enough for her to wear her favorite L.L. Bean vest.

As I watched Diet Cig perform its last song of the night, “Harvard,” I thought of Carrie Underwood’s “Before He Cheats.” I don’t listen to Underwood anymore—I keep a wide berth around country music as a whole, just to be safe—but I haven’t forgotten how empowered I felt listening to “Before He Cheats.” Even today, as opposed to the mid-aughts era that spawned “Before He Cheats,” narratives where the girl is the driver of a relationship are less common than ones that place the man in control: men sweep girls off their feet, and girls are the dumpees, crying into a pint of Ben and Jerry’s. Hearing a story about a girl who got the upper hand felt revolutionary.

“Harvard” recounts the tale of an ex-boyfriend who dumps the narrator for an Ivy League girl; he uses the Harvard brand name to prove his new girl is better than the one he dumped. The song ends with Luciano howling, “Fuck your Ivy League sweater!/You know I was better!”

At Subterranean, Diet Cig gave “Harvard” an instrumental ending. Luciano shouted the last line—“You know I was BETTERRR!”—and then hopped into the audience, tilted backward, and slashed at her guitar. She jumped out of the pit, bounded across the stage (in no more than three hops, tops), and then leapt onto drummer Noah Bowman’s kit. And that was how Diet Cig ended the show: Luciano’s left hand in a power-chord position, her right arm extended out, head up, stood firmly on top of Bowman’s kick drum. She was the tallest person in the room, and she’s barely five feet tall.