South Asian students reconcile their ambitions with their roots at SASA. 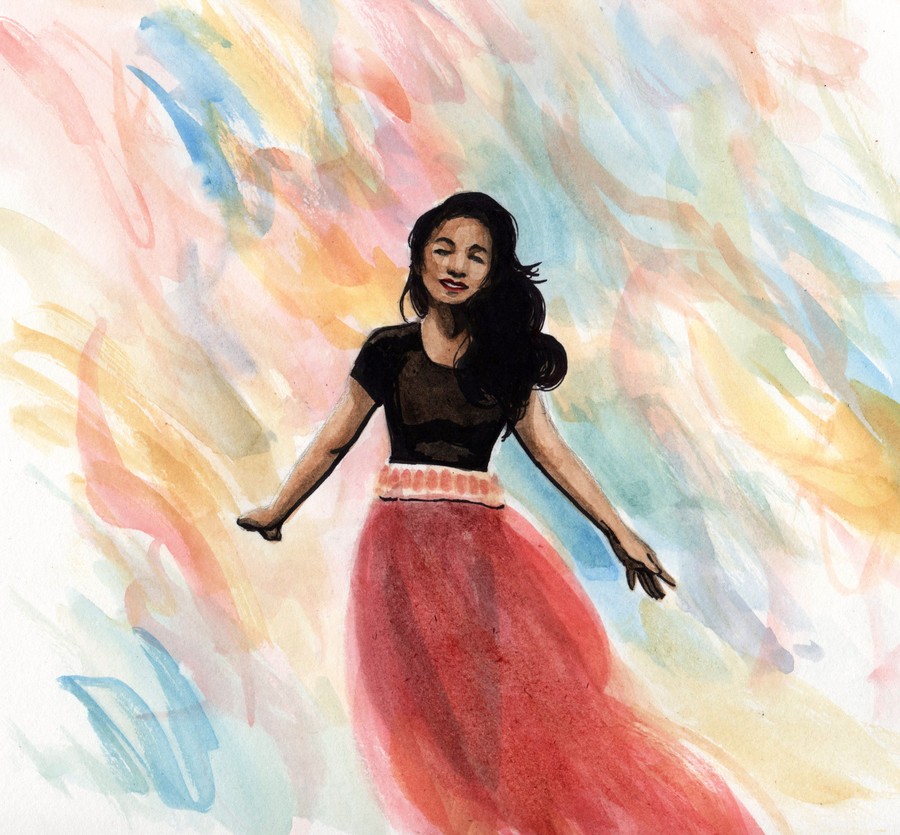 On the evening of April 2, Mandel Hall felt less like an auditorium in Chicago and more like a theatre in Mumbai. The sounds of high-end Delhi nightclubs and bustling Calcutta streets alike echoed across the stage, and all my Bollywood-esque fantasies were realized thanks to the annual South Asian Student Association (SASA) show. Along with 200 or so other students, I sang and danced my heart out in an exhibition of South Asian culture. The madness, chaos, and hard work of more than a quarter culminated on stage that night, and some part of me felt blissfully happy in a way I hadn’t in a long time.

Now that I’m slowly recovering from my SASA withdrawal symptoms, I’m intrigued by this rather strange phenomenon. My roommate is tired of hearing about SASA, and I’ve looked through all the pictures more times than my homework realistically permits. Passing other performers in the quad merits more than a head nod or smile—there’s a friendship that comes from costume malfunctions and last minute dance run-throughs. It’s not as though I’m a fourth-year for whom this last show is a bittersweet reminder that my time as a college student is up. I didn’t choreograph any dances or contribute to the conceptualization of the show—it isn’t my brainchild, my personal project. In truth, all I did was show up and follow instructions to the best of my abilities (and eat all the free food). So why do I feel like I was a part of something big and significant, something that transcends what you can see on stage?

When I was talking to my brothers a few days ago, they said I sounded “too American.” Apparently I was using phrases that were detestably un-Indian, and my accent just wasn’t Calcutta-enough for their liking. Only a few hours later, someone in my house said I was very obviously Indian and made me repeat the word “coat” five times to hear it in my accent because I evidently said it in the funniest way known to humanity.

Having been accused of being too American and too Indian in the same day, I was rather confused. My family complained that I was too disconnected from them, from my brothers’ latest exploits and my parents’ work troubles and the domestic gossip about the cook and the security guards. I also felt like a second-rate citizen, unable to feel first-hand the political tensions in Delhi, doing nothing but writing an article about it from the confines of my bedroom in Chicago. Facebook was my only window into what home felt like when India lost a pivotal cricket match. I watched a highly anticipated Bollywood movie on a tiny laptop screen in Cancun last month, a quintessentially American spring break destination, I’m told.

At the same time, I’m always asking my American friends to explain things to me—the elections, baseball, the Kardashians…I often feel left out of conversations because I can’t pick up on American pop culture references. My accent sometimes sticks out like a sore thumb and I feel incongruous. Though Indians have an unhealthy and reprehensible racist obsession with light skin, there is a whiteness to the standard of beauty here that I never comprehended before, and it’s easy to feel less attractive. It’s easy to feel like I’m on the outside looking in. It’s easy to feel like an imposter. What’s difficult is aligning these two warring concerns—how does one resolve feeling too American and not American enough simultaneously?

SASA was the answer. Admittedly, it’s an easy route—a solution that requires no thinking, a solution that doesn’t even really answer any of these questions. But it makes me feel at one with my identities, even if it’s temporary. I’ve been here all of six months, and I’m beginning to develop a slightly skewed sense of who I am (or rather, who I could be).  I can only imagine what it must be like to grow up Indian in America. As an Indian-American friend put it, “it can be confusing to conform to the pressures of two very different cultures.”

I realize I have a privilege that few others do: a college education from an elite university. Many Indians, especially Indian girls, don’t even have access to primary schools. Maybe my prospects are better in the United States, but I know that for me, home is where the heart, work, and future is. I also know that it’s easy to get swept away by this lifestyle, by the freedoms of this culture and its charming global appeal: the great, glamorous, American dream. I’m not insinuating that the Indian diaspora, or millennials in general, are shallow or superficial, but sometimes it can be difficult to reconcile our ambitions with our roots, especially in the face of more tempting opportunities. There are no easy answers for those who face this problem.

However, in those 12 weeks that go into putting the show together, everything seems to fall into place. There’s a kinship that pervades everything, the familiarity of shared heritage, and the common goal of celebrating that culture. Missing India is no longer an acute sense of having left something behind. Missing home is now the joint vexation at that one relative who always comments on your appearance. It’s the mutual excitement when a song comes on and you burst into spontaneous synchronized dancing. It’s the shared irony when you joke about finding each other suitable brides and grooms. It’s the laughing friendliness in explaining ridiculous song lyrics and movie dialogues to non-South Asians. People aren’t attached just to the show itself, they’re attached to the people that make it. And in this whirlwind of song and dance, an often disorienting confusion turns into something truly special: the feeling of belonging.

Urvi Kumbhat is a first-year in the College majoring in English.