Chalk It Up to Freedom of Speech

Support of Trump should promote discussion, not silencing. 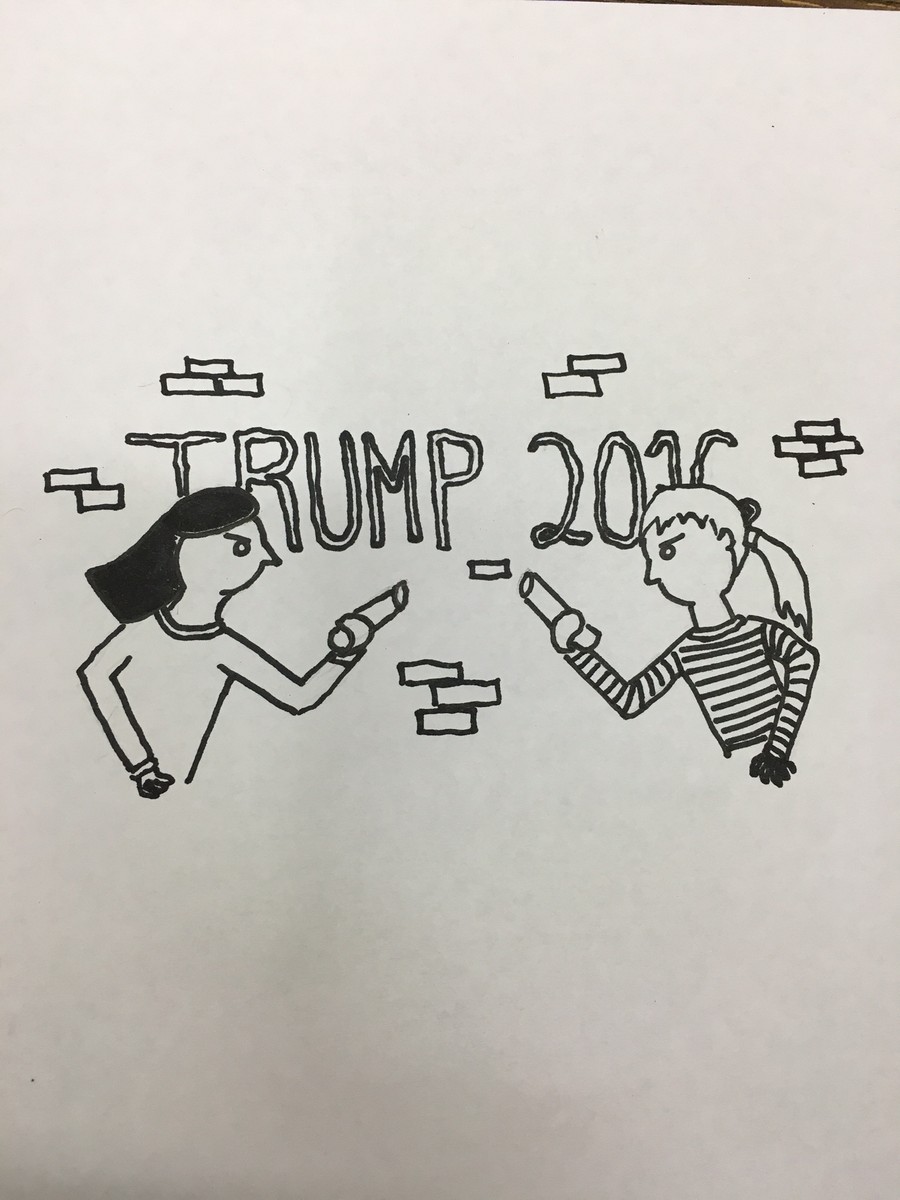 A bundle of sidewalk chalk, an explosive presidential candidate with a habit of inciting racial violence, and a generation of college students whose adopted vernacular includes “safe spaces” and “microaggressions”: it’s not difficult to predict what happens when these three react on a college campus.

Emory University swept headlines less than a month ago after students complained about various pro–Donald Trump slogans scribbled across their campus, specifically in well-known meeting areas for Hispanic and African-American student groups. Citing concerns for their safety, a group of 40 students protested the appearance of the slogans. Since this publicized furor on Emory’s campus, chalk reproductions have been popping up around other campuses—including our own, where “Trump 2016” chalk drawings recently appeared on Harper Memorial Library’s facade, among other highly populated campus locales. The drawings were accompanied by outcries from those on campus who felt that the chalk drawings were offensive and hateful and called for them to be removed.

Conservative students and spectators around the country gleefully point to debacles such as this one as examples of free speech losing out to “PC culture” on college campuses. Although Trump’s outrageous and frequently xenophobic and racist remarks push the boundaries of taste and bring hate speech into play, concerns about perceived violations of the First Amendment are not entirely misplaced.

To be clear: “Trump 2016” is not, in any legal sense, considered hate speech. Yet Trump’s name, through his peculiar brand of demagoguery, is synonymous with hatred, especially among minority students. Between his outlandish comments on Mexican immigrants, espousal of torture, Islamophobic declarations, and unabashed support from the Ku Klux Klan and other hate groups, it is no surprise that anything related to Trump is quickly labelled as derogatory and that he is often associated, for many, with feelings of discomfort or even danger. The violent atmosphere at Trump rallies—where Trump has pledged to cover legal fees for those who physically harm protesters and has even displayed gestures shockingly reminiscent of Third Reich pageantry—led to a headline-grabbing response last month, when anti-Trump protestors successfully shut down a Trump event in Chicago. The same tension between free speech and hate speech dominated the usual partisan media bickering in the canceled rally’s aftermath.

While there has been no major uproar at UChicago over the Trump chalk (which, given the recent spell of April showers and sleet, haven’t been as visible as the Emory posts), it is not inconceivable to imagine a similar response from our student body. But neither the students nor administration should give in to such provocation: to do so would undermine the University’s commitment to free speech and further perpetuate the prevailing caricature of the college student as a coddled child woefully unprepared for life outside the comforts of their campus.

Instead, rational discourse is the answer. Even if such symbols as swastikas, Trump banners, and Confederate battle flags are embedded in a history of hate and controversy, to destroy them is iconoclasm. Instead, we must debate and revise history side by side, instead of shouting over it or scribbling out the offensive bits. Offended by the “Trump 2016” slogans on campus? Do not erase them; pick up the chalk and begin a dialogue.