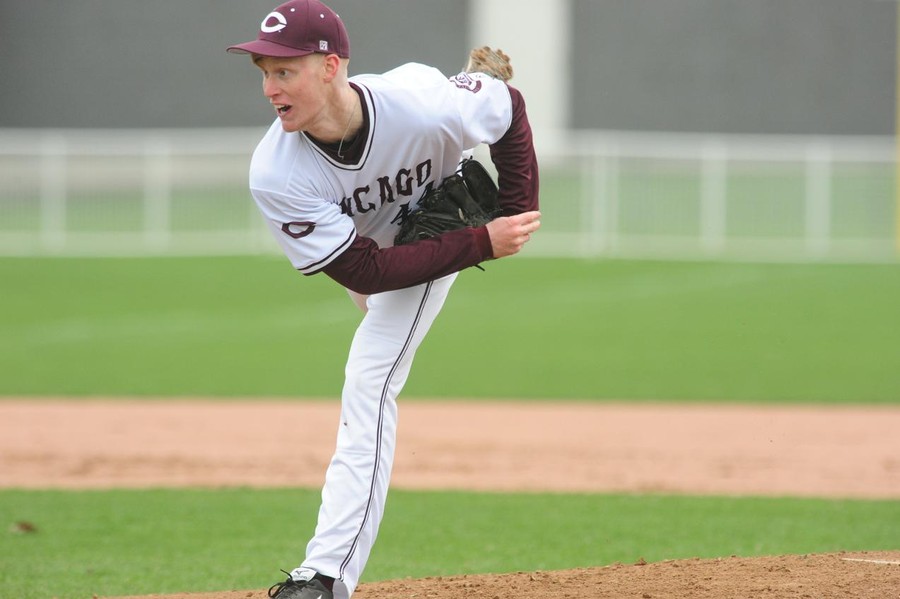 Riding a three-game win streak, the Maroons looked to add a fourth as they visited DII Lewis University, and win they did. It took extra innings, but the South Siders were able to come out on top after 11 frames with a game-winning single from third-year shortstop Ryan Krob. With that victory, the Maroons improved to a record of 10–8, dropping the Flyers to 17–11 for the season.

UChicago relied on the arms of eight different pitchers throughout the game, putting in each for at least an inning. Fourth-year Nick Watson (2 IP), third-year Thomas Prescott (1 IP), second-year Michael Davis, (2 IP) and first-years Ravi Bakhai (2 IP), Isaac Johnston (1 IP), and Alex McGimpsey (1 IP) were all able to shut out their opponents when they pitched. Davis earned his first win of the season.

The Flyers took an early lead in the first inning, bringing in two runs before the Maroons steadily came back with a run in the third and two more in the fifth. Following the seventh-inning stretch, Lewis grabbed one back to tie the game up at 3–3. Neither team was able to score in the eighth or ninth, and therefore the game went to extra innings. In a dramatic finish, each team put up a run in the 10th inning. As the game went into the top of the 11th, first-year leadoff man Connor Hickey reached base after being hit by a pitch. A pair of grounders subsequently moved him to third base, and with two outs, Krob singled straight up the middle to center field for the RBI and game-winning hit.

McGimpsey took the mound in the 11th and delivered a three-out save, stranding the tying run on third base after Lewis threatened to bring him in with a grounder up the middle as well. However, Chicago’s defense was able to throw him out, and McGimpsey received his second save of the season.

“The Lewis game was a lot of fun because we got to challenge ourselves by playing a DII team,” first-year Max Larsen said. “We all grinded out at bats which was huge for us since we haven’t been scoring a lot of runs recently, but we got a lot of timely hits especially late in the game. This win was big for us because we all came together as a team and didn’t worry about our results individually but only cared about winning that game.”

This Saturday, the Maroons seek a fifth consecutive win as they head to St. Louis for a tough three-game series. Standing at 20–11, Wash U will certainly be another tough test for the South Siders, but the Chicago team is currently playing at a very high level. The last time the two teams met, Wash U swept the Maroons in a doubleheader. The first game was close, ending 5–4, but in the second, the Bears rolled to a comfortable 13–1 victory. This year, Wash U was able to string together a five-game win streak, before it was snapped by Webster University. However, in that streak, the high-powered Bears won their games by a combined score of 66–19, averaging 13.2 runs per game.

Larsen said, “For Wash U we’re looking forward to another tough three games and know this is really the biggest series on our schedule. We know they’re having a good year even after losing a lot of guys from their team last year, but we also know that we are a lot better as a team, so we really want to show how much we’ve improved.”

The team will make the five-hour road trip to its rival, for a three-game series this weekend. The Maroons will play their first game against Wash U at noon on Saturday, followed by the second half of the doubleheader at 3 p.m. They will close out the series on Sunday at noon.