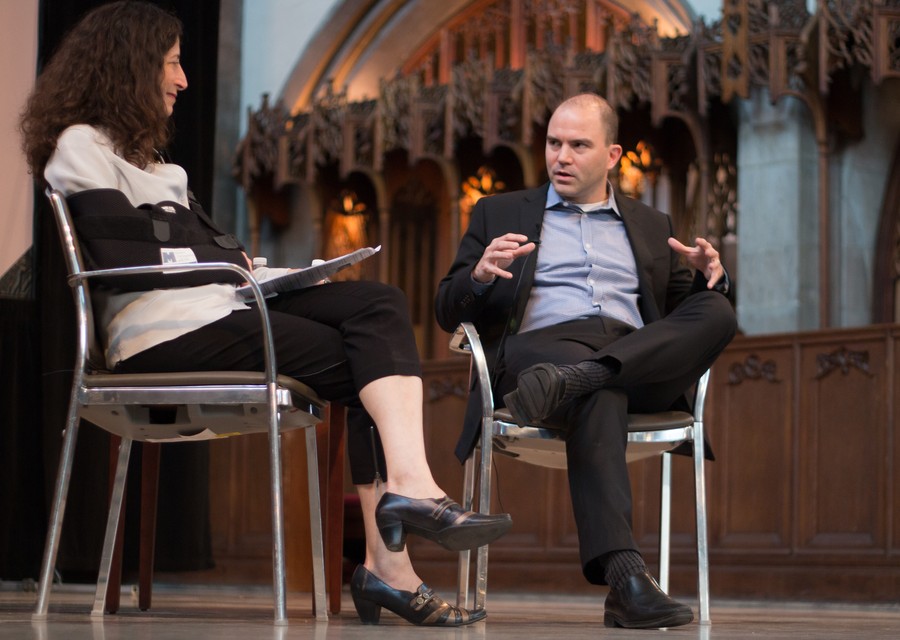 Ben Rhodes, current deputy national security advisor for strategic communications and speechwriting and a New York resident at the time of 9/11, cited the terrorist attack as a flashpoint in his career’s turn towards foreign policy. When asked if he considered himself a “post-9/11 person,” he responded “I actually think of myself less of a post-9/11 person, and more of a post-Iraq War person.” Namely, he thinks the Iraq War prompted his “realization that the United States cannot simply rely on power to achieve their desired outcome in the world.” This realization proved to be a theme in the rest of the talk.

He continued to give an account of the process leading to Osama Bin Laden’s death, when Rhodes had to prepare speeches for a good or bad outcome. Rhodes also discussed his emotional connection to the event. “You can usually separate your emotions, but I couldn’t in that regard.”

He continued, “You don’t realize what happened, I honestly can’t describe all the emotions.  Being a New Yorker, it was overwhelming.”

Rhodes later insisted that “foreign policy has to be about more than the Middle East,” and advanced this claim through his discussions of North Korea and Cuba.

Rhodes specifically cited North Korea as “the most dangerous threat” towards world safety. While the Iranians are weak to American pressure through economic sanctions, North Korea does not have a strong enough economy to threaten and therefore is much less controllable through U.S. foreign policy, he said.

Rhodes focused particular attention on recent openings in Cuban-American relations.  Starting secretly in spring of 2013, the initial negotiations with Cuba started largely because of Obama’s second term, which allowed the campaign to “step back and look for opportunities.”  Rhodes expressed his appreciation for the complex history between the U.S. and Cuba and its culmination in these negotiations. “Everything hits you at the time of the call,” he added.

In his words, “The Iranians wouldn’t let us open up an embassy. Cuba would, and we have to appreciate that.”

Olivia Shaw, a high school senior who attended the talk, found it to be “a very effective talk at conveying a lot of foreign policy issues abroad, but also bringing them back home.”