Maroons Improve to 6–1 at Home on the Season 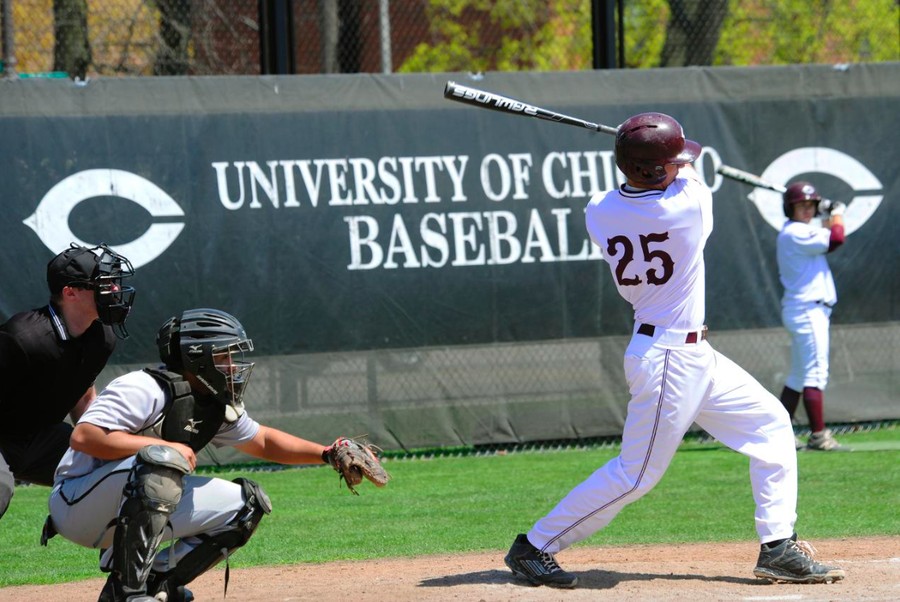 After a tough weekend in St. Louis, the Maroons rebounded to continue their home dominance by beating Calvin College to earn their sixth home win out of seven home games this season. With their victory, the Maroons improved to 12–10, while the Knights fell to 10–18.

On the offensive side, Chicago was able to get the bats swinging, delivering 15 hits in the game. Fourth-year third baseman Tim Sonnefeldt, first-year outfielder Connor Hickey, and first-year second baseman Max Brzostowski all had three hits apiece. However, runners left on base became an issue for both teams, as a total of 27 stranded runners were recorded, with nine coming from bases-loaded scenarios.

The South Siders will look to continue the home field advantage they’ve developed throughout the season in a matchup with Beloit College this Saturday, before traveling to Rockford University on Sunday. Playing two doubleheaders in two days will result in many tired bodies, and the entire depth of the roster will surely be counted on.

“Four games in a weekend is always going to be a tough demand on time and energy,” first-year pitcher Miles Grogger said. “Provided we get all the games in and there are no rainouts, this will be the first time this season that the team has had to do it. However, we have proven that our physicality and cohesiveness as a team are certainly there, and I feel that this weekend will be successful no matter what.”

The Beloit Buccaneers currently stand at a record of 17–7 for the season. Over the past weekend, the Bucs split a four-game series at St. Norbert College, winning both games on Saturday before losing the Sunday doubleheader. Each game was decided by one or two runs, including a walk-off 9–8 win for Beloit in the 11th inning on Saturday. The Maroon pitchers will have to be extra careful in hitting the strike zone, as Beloit has drawn more walks than strikeouts this season (139 to 124). They will also have to compete with a strong Buccaneer pitching staff who own a combined 3.53 ERA with three shutouts. In the two teams’ last meeting in 2014, Beloit was able to walk away with a convincing 13–1 win.

Rockford University won its last three games this week to return to .500 on the season. Owning a record of 14–14, the Regents will seek their fourth consecutive win at Concordia Chicago before hosting the Maroons. As a team, Rockford is hitting for a .237 batting average. Offensively, the South Siders will try to take advantage of an opposing pitching rotation who possess a combined 4.44 ERA.