The Ideal Father: John Misty at the Riviera 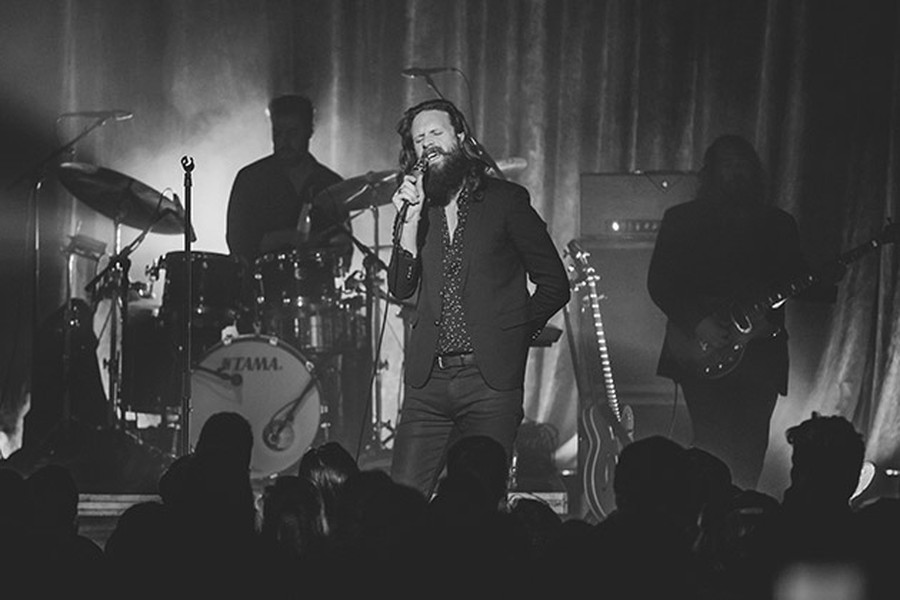 A little over a year since the release of his album I Love You, Honeybear, singer-songwriter Father John Misty wooed Chicago audiences last week with two back-to-back performances at the Riviera Theatre. The tour, which has carried him and his two-man opening act Tess & Dave (who double as his vocalists and guitarists) across the U.S., has sold out in nearly every city, gaining more momentum after each performance. Composed of yuppies, hipster millennials, and 30-something still-in-uniform construction workers, the Father John Misty die-hards are not what you’d expect. A little wild and a little melancholy, Thursday’s performance combined elements of excitement and calm, solidifying an energy that permeated the room.

When Misty walked on stage, dressed in all black, his sex appeal did not go unnoticed. Father John Misty—with his slender physique, shoulder-length hair, and tasteful beard—resembles a modern-day hipster Jesus. How could an artist be so sexy and confident, calm and collected, serious and subtle, light-hearted and airy, and put on such an impeccably smooth show? One minute, fans swayed in the audience and echoed “Fun Times in Babylon” lyrics back at him; the next, they jumped up and down, belting the lines to high-energy songs like “The Ideal Husband.” On Thursday night, Misty payed homage to Nine Inch Nails and put his own twist on “Closer,” but this unexpected cover didn’t dampen the show’s aura.

No matter where fans were—seated in the side balconies, an arm’s length from the stage, or back near the bar—most of them knew the words to every song. The early-2015 release date of I Love You, Honeybear had given them enough time to listen to the album repeatedly, and Misty even pulled through with popular tracks from his 2012 album Fear Fun. At the beginning of the performance, Misty maintained a reserved and relaxed stage presence, but he ended the night by grabbing fans’ hands and crowdsurfing.

At 11 p.m., in awe of a near-perfect show, we asked ourselves, “Who really is Father John Misty?” Certainly, he’s the creation of Joshua Tillman, crafted over four long years: Misty is Tillman’s genius, the embodiment of artistic experimentation and creative exploration. During his stint with Fleet Foxes, he became bolder, drumming under the moniker J. Tillman. On Thursday night, however, he was Father John Misty, and that was no accident. Don’t let him deceive you: his character is intentional, his music a craft.