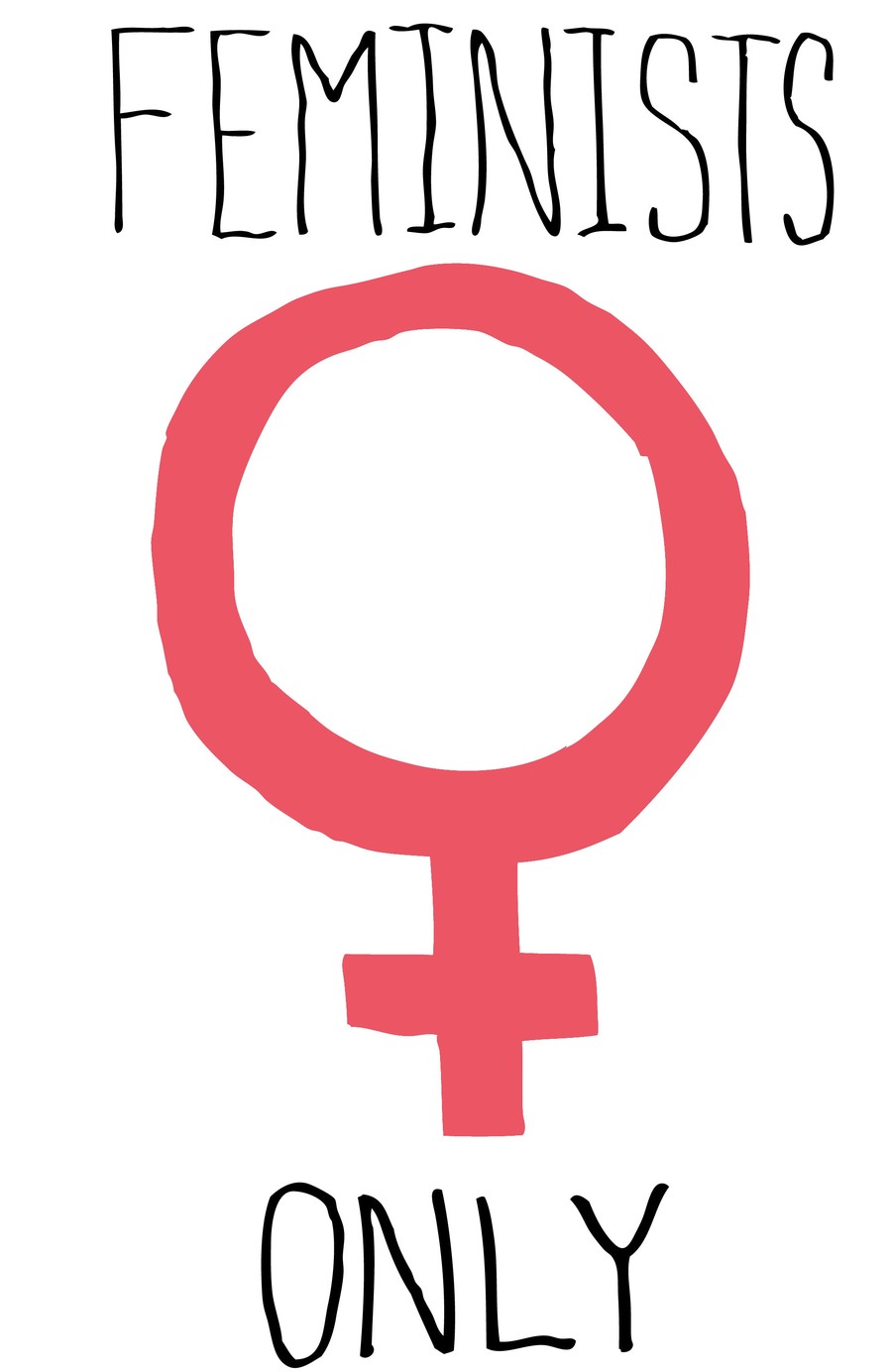 One fateful day during fall quarter, my roommate and I were struck by inspiration. As a result of our random surge of artistic energy, our door is now proudly adorned with a poster that says “Feminists Only.”

This seemed innocuous enough, and I was quite convinced that in this day and age, gender equality wouldn’t be a radical notion. But our poster had some interesting effects. Coupled with the fact that I’m pretty unapologetically outspoken when it comes to sexism, the poster earned me a strange reputation: The Hyper Liberal Feminist. Suddenly, I found people addressing me with the epithet feminist—a label I’m happy to be identified by—but their tone wasn’t appreciative or supportive. It was ironic, and even slightly patronizing. I realized what I had become: some kind of implicit spokesperson for all things feminism, someone who you had to be “careful” around. “Hey Urvi, I’m not trying to be sexist, but…” became a statement I heard (sadly) more than once. Casual sexism in conversations was accompanied by profuse apologies, directed specifically toward me. And yes, you should be apologizing! But what I understood is this: they weren’t apologizing because they were genuinely sorry. They were apologizing so that I wouldn’t get started again.

It’s important to understand that this isn’t a phenomenon that’s exclusive to me.  Feminists all over the world are often labeled as irrational, angry women who are on a mission to attack everyone. We’re always overreacting to everything, making a big deal out of problems that either don’t really exist or are too small to be concerned with. You can turn a deaf ear and continue to be unabashedly feminist, but the real world isn’t that simple. These sweeping labels have potentially pervasive consequences: they’re often capable of silencing anyone who speaks out. I saw this mirrored in my own experiences. I got tired of being perceived as the buzzkill, as the one who always got too serious, and sometimes I let things slip. Ashamed as I am, there have been so many instances during which I just stayed silent, telling myself that I should pick my battles.

Coming from India, I learned that women are expected to do (or not do) certain things. We’re seen in two ways by the average Indian: paradoxically both as a goddess and as a man’s property.

As I grew up hearing that good girls dress conservatively, while also being subjected to the lecherous stares of men and the judgmental glances of women, I found myself inadvertently trading shorts for jeans and covering up in shrugs. I often argued with my parents about what I could or could not wear, and their refrain was always, “It’s for your safety.” Eventually, I got tired of the arguments and just wore whatever would incite the fewest remonstrations.

It wasn’t until much later that I realized clothes had nothing to do with the way men on the street looked at my friends or me. They felt entitled to look. They thought our bodies were well within their rights to objectify.

I realized that this objectification persists because a man is seen as the sole initiator of physical intimacy. A woman who expresses carnal desire (mistakenly linked to the clothes she wears) is often seen as promiscuous and dishonest. I would hesitate to be seen in public with a man for a very long time. I was afraid of being labeled as immoral by prying eyes.

Contrastingly, because women are traditionally seen as goddesses, the pressure on us to be permanently virtuous and sacrificing often overwhelms rational thinking. I feel this pressure from aged relatives who know no better. Despite being fully aware of my rights, their societal conditioning wins once in a while.

Similarly, women aren’t expected to speak up and defend themselves. And when we do, the misogynists are threatened—threatened by the unsettling of a centuries-old balance, scared that someone dared to question what has long been established. And so they hide their fear behind poorly-thought-out accusations of oversensitivity and craziness. In popular culture, outspoken or emotional women are often depicted as unhinged, and this sexist undertone can define the way people of all ages and genders see women. We have no right to protest because we aren’t capable of thinking clearly, because emotions and logic are mutually exclusive, because we’re just plain wrong.

This is a form of gaslighting—reducing the validity of someone’s feelings so much they doubt their own sanity, perception, and memory. Women then fall into the habit of relying on someone else to tell them how they should feel—and the world is particularly good at doing that.

So the next time you dismiss a woman as crazy, remember this. With just one word, you’re disrespecting people with actual mental illnesses. You’re delegitimizing an entire feminist movement that has fought for decades. You’re hurting the women around you by ripping away their self-determination, their right to decide how they feel. You’re being manipulative and deceitful. Some might say you’re even being crazy.

Urvi Kumbhat is a first-year in the College majoring in English.