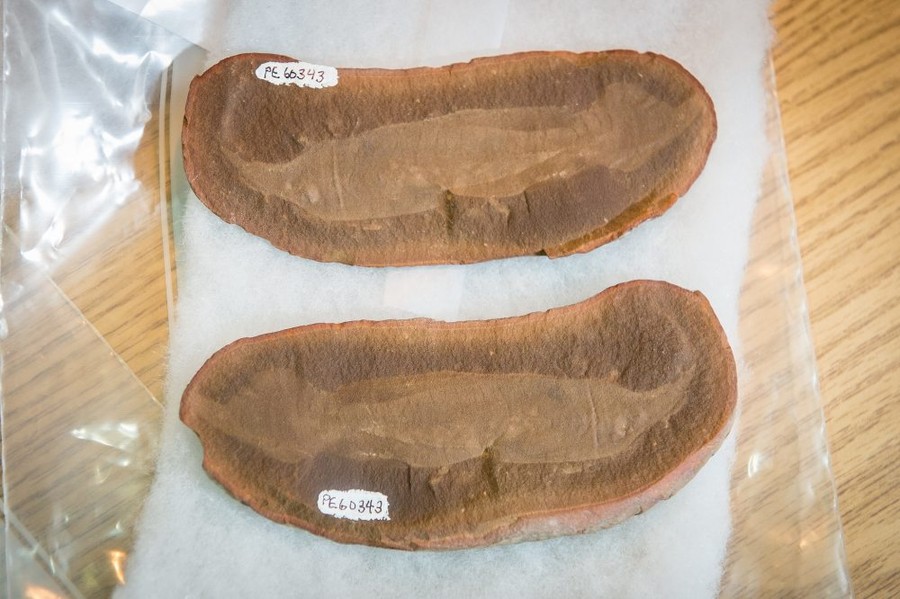 On March 16, a group of paleontologists, aided by scientists at UChicago’s Argonne National Laboratory, published their findings on the Tully Monster, a prehistoric sea creature which had remained largely unclassified since its discovery. This study successfully identified the species as chordate, affirming its relation to modern lampreys and filling the blanks to its scientific classification.

Tullimonstrum gregarium, otherwise known as the Tully Monster, was discovered by Francis Tully at the Mazon Creek fossil beds in Northeastern Illinois in 1958. These soft-bodied vertebrates, which are closely related to the modern lamprey, reached lengths of about fourteen inches and are notable for the oddly shaped, narrow extension of their heads.

The study was led by Victoria McCoy, a graduate student in the Yale University Department of Geology and Geophysics, with the help of collaborators at the Field Museum of Natural History and the University of Chicago–operated Argonne National Laboratory. The research focused on the creature’s morphology as well as the fossils’ preservational qualities.

“Previous researchers had primarily focused on morphology alone; that is, looking at the different body features and seeing what body features of living organisms they looked most like,” McCoy said in an email.

“Elemental mapping using [Argonne National Laboratory’s] Advanced Photon Source, in combination with elemental mapping using the SEM [Scanning Electron Microscope] at the Field Museum, allowed us to determine very specifically the preservation of many morphological features of the Tully Monster and to compare these to other animals at the same fossil site…It was a huge surprise to discover that the Tully Monster was a chordate, since it had usually been thought of previously as an enigmatic invertebrate,” McCoy said in an email.

By integrating these morphological and preservational perspectives, McCoy and her team were able to better classify this previously unidentified sea creature.