Over 1,000 crowd Rockefeller Chapel to listen to the live Axe Files taping. 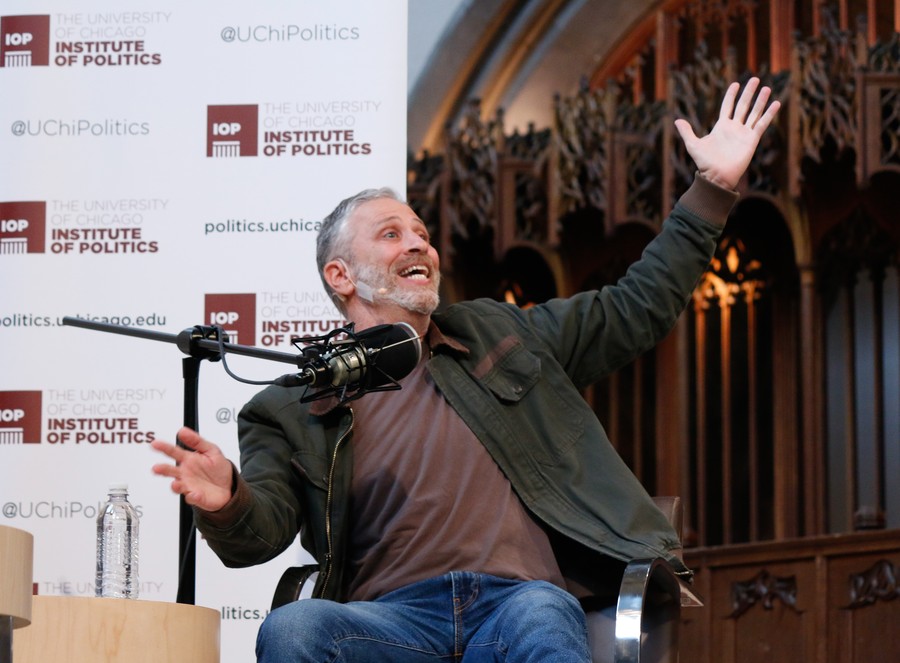 “Are you eligible to run if you are a man-baby?” former Daily Show host Jon Stewart asked of Donald Trump’s presidential campaign during a live taping of Director of the Institute of Politics David Axelrod’s podcast The Axe Files in Rockefeller Chapel yesterday. “He has the physical countenance of a man and a baby’s temperament and hands.”

Axelrod hosted Stewart in the first-ever live recording of his podcast. They discussed the 2016 presidential election, with a focus on Trump, and the media’s role in his rise.

To back up his “man-baby” claim, Stewart cited Trump’s angry tweets at The Daily Show in 2013, when he called Stewart “overrated” and took a jab at his birth name, Leibowitz, after Stewart said Trump looks like a “boiled ham in a wig.” When Axelrod brought up Trump’s appeal for “telling it like it is” and ignoring political correctness, Stewart further commented on the hypocrisy of Trump’s war against political correctness in light of his personal sensitivity.

“With Muslims, all he’s saying is they’re evil and shouldn’t be in this country,” Stewart said. “But God forbid you say ‘happy holidays’ in December. It’s war.” 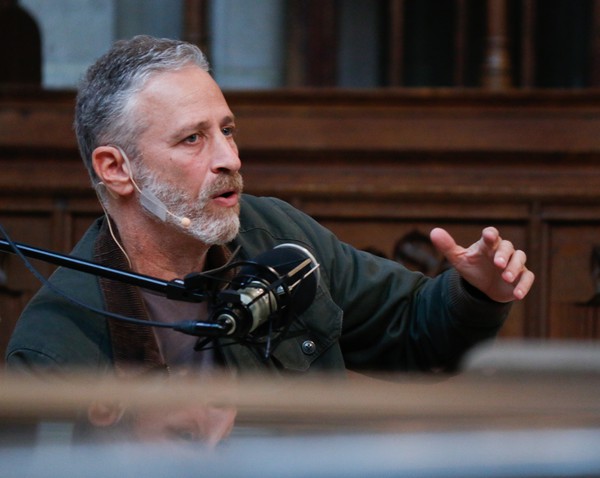 Stewart added that he does not think this election cycle has been radically different from past cycles. “If you took Sarah Palin’s head and jammed it on Donald Trump’s body, it wouldn’t make less sense,” he said, referencing Palin’s 2008 vice-presidential campaign with presidential candidate John McCain.

Stewart credited 24-hour news channels and the Republican Party’s fear-mongering with fostering the political environment that led to Trump. He said that such a political environment gives people the sensation that “their country” is being taken away from them by “rapist immigrants” and Muslims. “If that’s what you’re buying into, Donald Trump makes more sense than anybody out there,” Stewart said.

Stewart dismissed those fears, saying that people are clinging to a paradigm that never existed.

He added that, like past election seasons, the media and the public have been focused on the wrong issues, and ignoring more pressing issues, such as the enormous sums of money still flowing into campaigns.

On the topic of news and media, Stewart said, “The problem is that the system is incentivized in all the wrong directions.” He said that, while news programs should focus on clarity and information sharing, they instead devote themselves to conflict and sensationalism.

“News works in the same way as a crack dealer. It can do tremendous damage, but as long as people are buying crack, the dealer is good,” Stewart said. 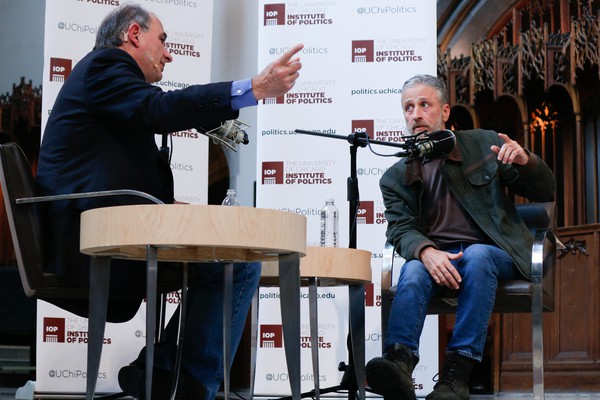 Stewart further decried the current state of media and its manipulation and skewing of information, specifically in favor of the powerful. He observed a subservient relationship between the media and politicians, in which the media is used to bolster politicians rather than seek out truth in the government. “The media is no longer predator and prey, but a remora attached underneath, feeding on the crumbs of politicians,” he said.

Stewart didn’t save all of his satirical criticism for Trump and the media. Asked by Axelrod about Hillary Clinton, he said, “I imagine her to be a very bright woman without the courage of her convictions, because I’m not even sure what they are.”

Stewart also said that the state of Washington D.C. is as bad if not worse than how his show portrayed it. He cited his frustrating experience lobbying for what he saw as no-brainer legislation to provide healthcare for 9/11 first responders. “[D.C.] is a cesspool—there are some good people trying to survive within the lava, but it is a fucking horror show.”