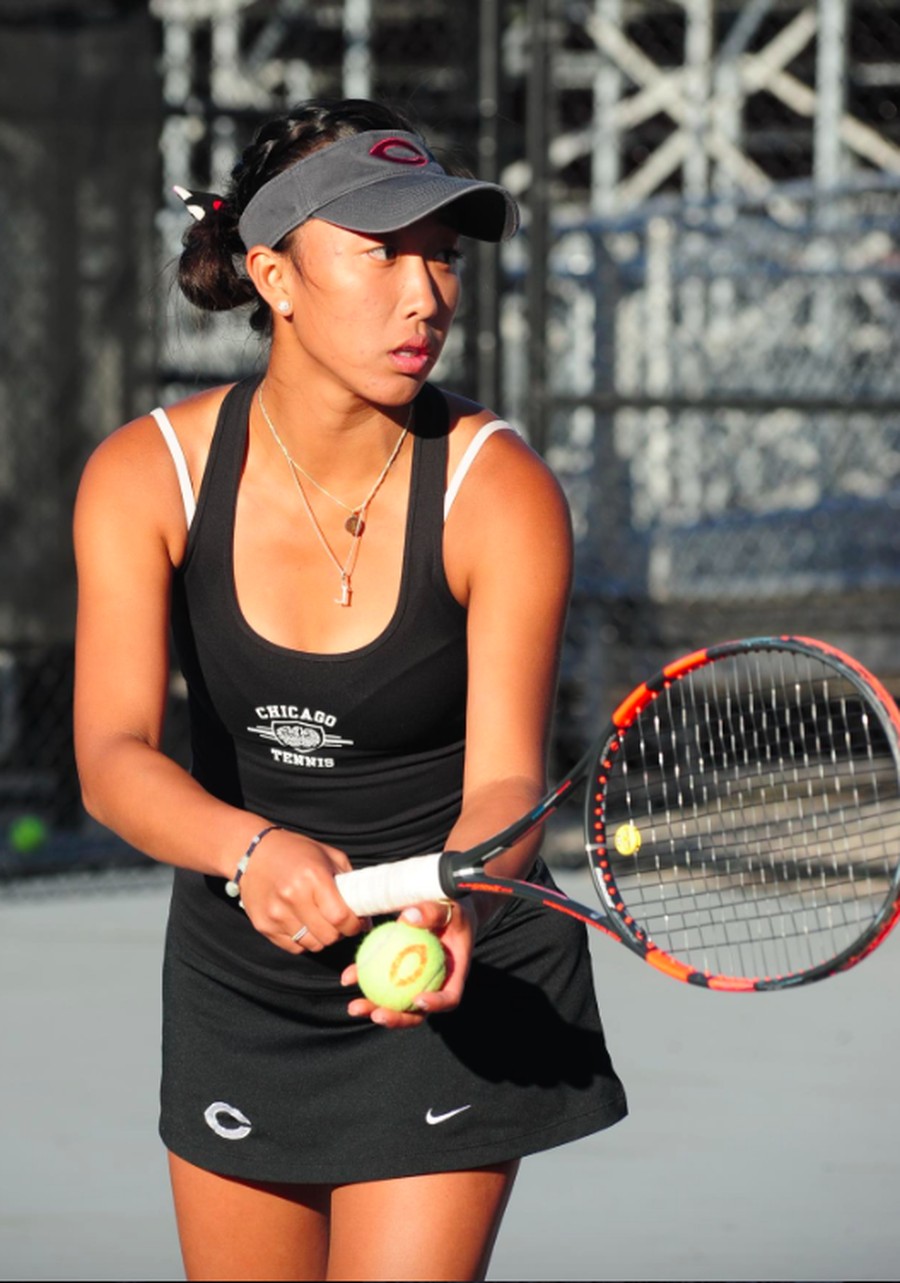 Following their strong third place finish at the UAA Championships, the No. 9–ranked Chicago team, with a record of 13–5, was selected to participate in the NCAA tournament. This past weekend, they traveled to UW–Whitewater for the seven-team NCAA Regional play.

The Maroons ranked highly enough to secure the first seed in the tournament and opened up their post-season directly in the second round. With a 5–1 win over Wheaton College (IL) in the first round on Thursday, Gustavus Adolphus College advanced to face off the first seeded team on Friday.

After falling behind 2–1 during doubles play, with the sole point coming from the efforts of fourth-year Stephanie Lee and third-year Tiffany Chen at No. 2 doubles, strong singles play from the South Siders rallied the team to a 5–2 victory. Dominating wins in straight sets from first-year and team MVP Rachel Kim and fourth-year classmates Lucy Tang and Chen in the No. 2, 3, and 4 spots, respectively, gave Chicago a slim lead before adverse weather forced the match indoors.

After dropping a second-set tiebreaker, second-year Ariana Iranpour would not let the clinching match evade her once more, as she took the third set 6–3 and claimed the match for the Maroons. The No. 5 and 6 positions were not completed as the 5–2 team decision was enough to send the Maroons to the NCAA Regional final. With the loss, the Gusties ended their season at 22–8.

On Saturday, UChicago met No. 21 UW–Whitewater (24–6) in the finals after the Warhawks dispatched Hope College with 5–0 rout the previous day. When the two teams met earlier in the season, the Maroons emerged triumphant 5–3 in the Midwest Invite Final back on April 2. Continued poor weather conditions necessitated a move to an indoor venue. When play resumed, the duo of Lee and Chen once again won at No. 2 doubles 8–4, before the second-year duo of Iranpour and Courtney Warren delivered an 8–5 result.

Possessing a 2–1 lead heading into the singles battles, Chicago only required three victories out of the remaining six matches in order to advance. With three of the top four singles slots extending to three sets, Chen was the first Maroon player to come out on top at No. 4. Tang’s win soon followed, making the team score 4–1, before Iranpour’s final point again captured victory for the University of Chicago. This is the third time in five years that the Warhawks have been eliminated by the Maroons from the NCAA tournament.

Asked about the positive results from the weekend, Chen reflected on the team mentality: “We were nervous going into our first match because we were favored to win for the first time in a while, but for our second match we were more focused and fought hard,” she said.

With the results now in the past, Chen made it clear that the team was focused on the next step of the campaign when she said, “It’s super exciting to make the Elite 8 because it validates all our hard work over the course of this year and how far we’ve come as a team. We’re looking forward to the next week!”

The squad will face No. 2–ranked Williams in Kalamazoo on May 23 in the Elite 8.