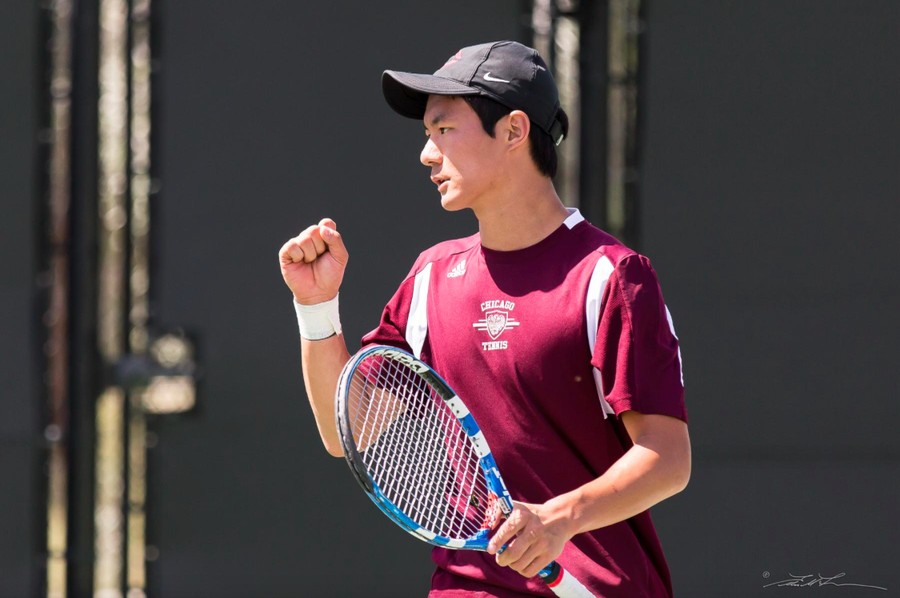 While they had nearly a month of downtime, only seeing action in the practices right before their matches, this weekend the Maroons came back rested and ready to make a run for the NCAA Championship. After getting a bye in the first round of this year’s NCAA championship tournament, Chicago was able to win in both the second and third rounds this weekend.

The squad was able to host their NCAA regional this weekend because they came into the tournament as the eighth seed overall. During the second round on Saturday, UChicago welcomed in the Red Men of Carthage. The unranked Carthage was no match for the Maroons, and Chicago would go on to win by a score of 5–0. After the victory, the team waited for the winner of the other second round match held at their home court. It ended up going to Gustavus Adolphus, who defeated Coe 5–2.

On Sunday Chicago would continue their dominance as they defeated Gustavus 5–2. This was the second time that these two teams had faced off this season and the last time the result were much of the same, as Chicago rolled past the Gusties 7–2.

There were many outstanding individual performances this weekend that helped the Maroons advance in the NCCAs. In fact, the South Siders did not lose in singles all weekend, as both matches saw Chicago sweep. Meanwhile, their two doubles losses came at the hands of Gustavus Adolphus. One of the Chicago players that would go undefeated this weekend was third-year Sven Kranz, who won his matches handily. Kranz emerged victorious on Saturday 6–1, 5–2, and then claimed another win on Sunday 6–2, 5–2 at the No. 3 spot.

This weekend was good comeback for a Maroons team, which did not perform the way it wanted to in the UAA Championship. Having three weeks off since the UAAs was an opportunity for the squad to get back on track, and that is exactly what they did. Kranz said that this time off was crucial to having a good showing this weekend. “I think it all came down to preparation. We had two good weeks of practice to prepare for the first weekend of NCAAs, and I believe all the hard work paid off.”

This is the second year in a row that Maroons have made it to the quarterfinals. Last year they were able to make it all the way to the Final Four. They will need to play their best if they wish to do that again this year. They play the defending champion and second overall seed, Claremont-Mudd-Scripps, in the quarterfinals this weekend. The squad also has history with this team; they took on Claremont in March and lost 7–2.

Kranz says this year’s match-up in the quarters reminds him of match they played, and won, in last year’s tournament. “Regarding next weekend, we will face the defending champion in the Elite 8. We are looking forward to the challenge and hope to repeat beating the defending champ in the quarters again,” the third-year said. The squad took down Amherst, who won in 2014, during last year’s quarterfinal match-up.

If they wish to continue playing, it all comes down to this weekend for Chicago. The Maroons play Claremont-Mudd-Scripps on Saturday in Kalamzoo, MI. If they win they will play the winner of Bowdoin and Johns Hopkins.