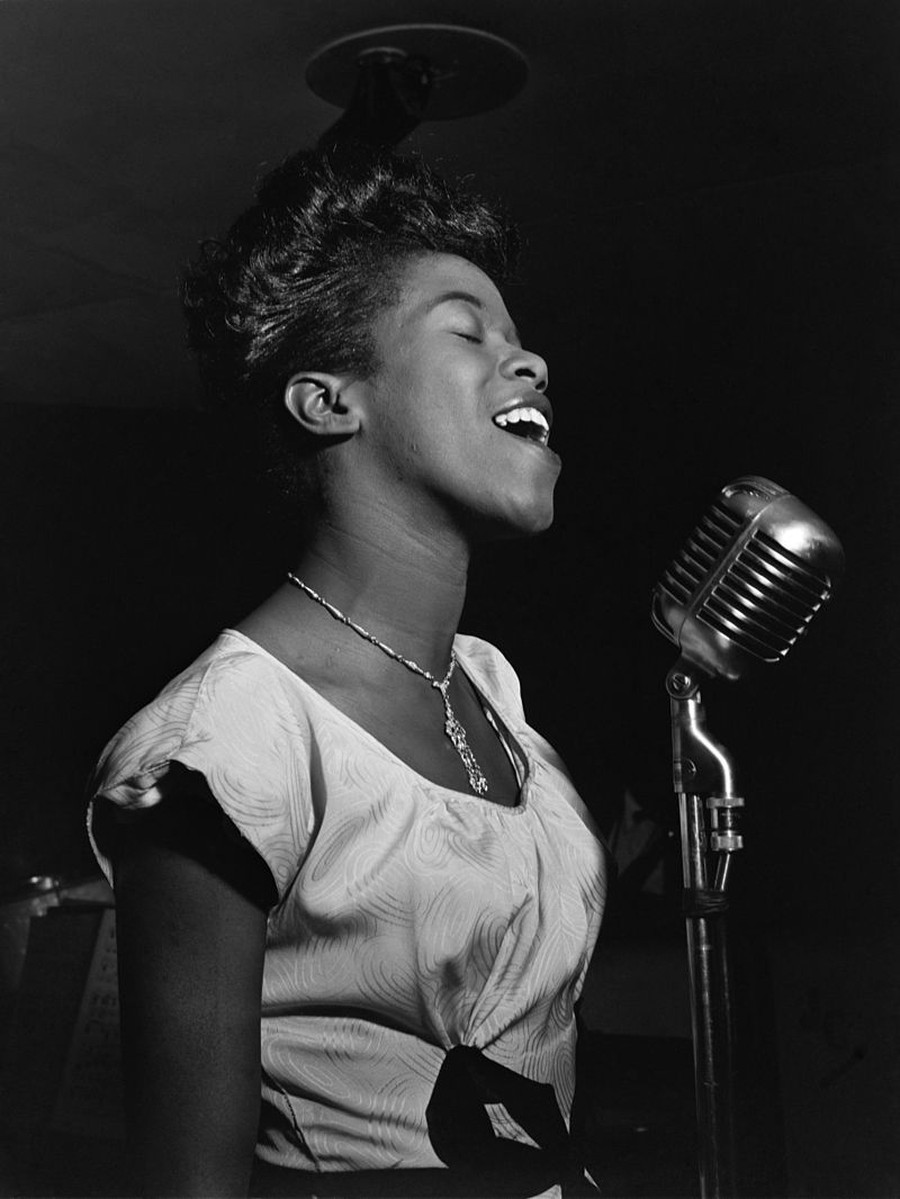 Sassy is coming to Symphony Center. This Friday, the home of the Chicago Symphony Orchestra will be the setting for a tribute concert to the great American jazz singer Sarah “Sassy” Vaughan. The Chicago Jazz Orchestra (CJO), led by artistic director and founder Jeffrey Lindberg, is collaborating with prominent Chicago jazz vocalists Dee Alexander, Ann Hampton Callaway, and René Marie to pay homage to this jazz tour de force.

“The CJO has done a similar tribute, at least in concept, to Ella Fitzgerald, which was very successful,” Lindberg said. “The concept [then] was to do a performance of material that was performed as Ella Fitzgerald originally recorded it. It was called ‘A Songbook Tribute to Ella Fitzgerald,’ and I transcribed many of the songbook recordings. We had three singers for that, so I decided to do one for Sarah Vaughan, which would involve three singers and arrangements that were originally recorded by Sarah.”

Lindberg, who is well known for his transcriptions of original jazz recordings, has had his arrangements performed by such greats as Gunther Schuller, Clark Terry, and Joe Williams. The Smithsonian Jazz Masterworks Orchestra also performed two of his transcriptions at the White House. Nor is he a stranger to Vaughan’s work: he explained that when the idea for the concert first surfaced, he’d already completed about a dozen arrangements of her works.

So it would seem that there is no ensemble better equipped to cover Vaughan’s extensive discography. For this concert, the CJO will be joined by a 41-piece orchestra, “which will allow us to do just about everything she recorded,” Lindberg said.

“When we do a tribute concert to anyone, whether it’s a singer or instrumentalist, we’re going to at least in part use arrangements that were performed by these great artists,” he said. In the past, the CJO has done tribute concerts to Benny Goodman, Ray Charles, and Charles Mingus, among others.

“If you think of Ella Fitzgerald, Frank Sinatra, Sarah Vaughan, you think of not only their great voices, but also the arrangements that they sang,” Lindberg said.

Friday’s concert will be in keeping with that tradition, and will feature selections from Vaughan’s vast repertoire, which have been recorded on over three dozen albums. Critics have marveled at how powerful her immense, three-octave vocal range remained, even as she grew older. She gave performances until she was diagnosed with lung cancer at age 66.

“Sarah Vaughan was such an incredible singer,” Lindberg said. “It’s hard to find somebody today that’s going to be able to sing all of that material in one full 90-minute concert. So we have three great singers that are all unique each in their own way.”

In addition to the technical versatility three singers offers, Lindberg also commented on how this performance model is a riff on the Three Tenors, the popular operatic singing group comprised of Plácido Domingo, José Carreras, and Luciano Pavarotti.

“We’ve been working with Dee Alexander for a number of years now, and to me she’s not only one of the best jazz singers in Chicago, she’s also one of the most versatile,” Lindberg explained. “Ann Hampton Callaway, who is originally from Chicago, has a magnificent voice and she’s one of the few singers who can really do justice to Sarah Vaughan’s repertoire in terms of range and technical demands. So she was also an easy choice. And then René Marie sang on the Jazz at Symphony Center series last season, with the Jazz at Lincoln Center Orchestra, and that was very successful.”

Yet as with any tribute concert, the artists will have a certain level of autonomy, using their own artistic inclinations to best honor Vaughan.

“I think it’s going to be a great opportunity to hear the music of an artist performed in such a way that you don’t usually get to hear live,” he continued. “If someone’s a Sarah Vaughan fan, I think that they will be very happy with the concert. Because it’s not just going to be singers up there singing tunes that are associated with Sarah Vaughan, it’s going to be singers singing with an orchestra performing Sarah’s arrangements… And I think that’s a unique opportunity.”