Maroons' Season Comes to a Close at NCAA Quarterfinals 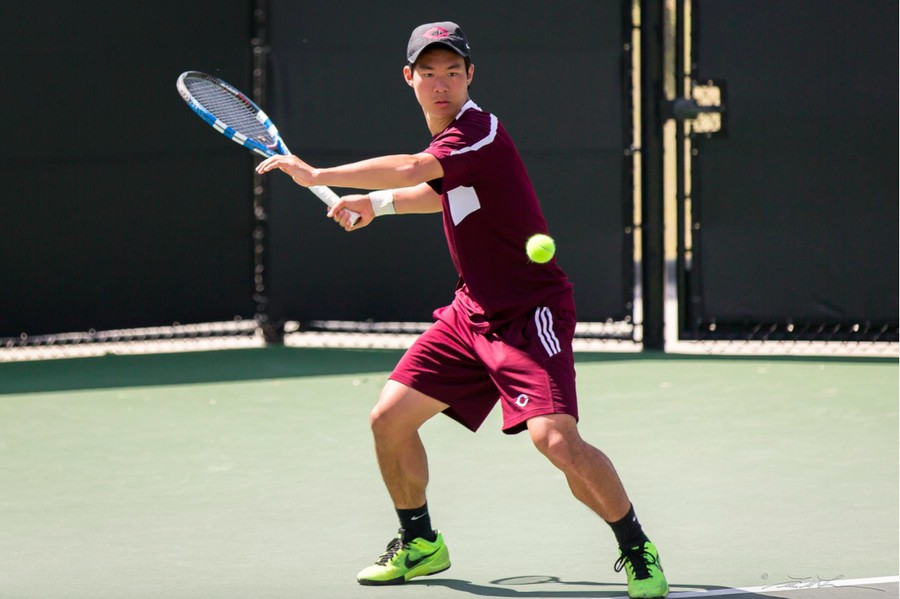 This past Monday, the nationally ranked No. 9 University of Chicago women’s tennis team played in its sixth NCAA Division III Elite Eight match in program history. En route to their quarterfinal berth, the Maroons beat Gustavus Adolphus College and the University of Wisconsin–Whitewater in NCAA regional play. After a scintillating run in the postseason with seemingly unstoppable momentum, UChicago’s season came to a premature end, suffering a 5–0 loss to No. 2 Williams College.

As the defending national champions, Williams College was always destined to be tough match. Entering the final rounds of the tournament as the No. 7 seed, the South Siders were always the underdogs and sought to upset the more experienced Ephs team. Dominant doubles play from Williams proved too much for UChicago, and the Ephs swept all three tandem matches. Only needing two more wins to take the match, Williams rode its confidence into singles play. However, the Maroons refused to give up and claimed the two first sets at No. 2 with first-year Rachel Kim and No. 4 with third-year Tiffany Chen. Kim was poised to win her match 6–3, 5–1, but the match ended with Williams clinching the No. 5 and No. 6 positions. The first four singles battles went unfinished with Williams claiming the sufficient number of victories to advance to the Final Four. The match finished 5–0, with the Ephs emerging on top. They would continue to beat Bowdoin College by the same score in the semifinals before losing in a closely contested match, 5–4, to the new national champions, Emory University.

Chicago concludes the season at 13–6, finishing among the top eight teams in the country. It earned a fantastic 8–4 record against nationally ranked opponents. With only two players graduating this year and a strong incoming recruiting class, the Maroons will surely be looking to make a deep run into the postseason next year. The Maroons will enter their preseason this August with chips on their shoulders and more to prove than ever before. The future of the program is certainly bright.

The South Siders lost two of the three doubles matches, and faced an early 1–2 deficit. However, they came out strong in singles, and the four matches that were finished all went to the Maroons. Winners on the singles side included second-year David Liu, third-year Sven Kranz, first-year Charlie Pei, and second-year Luke Tsai. By clinching the fifth match, the Maroons booked a ticket to the national semifinals for a match-up with Middlebury College.

“We were not fazed by the early doubles deficit,” Kranz said. “We knew we were the better team, and we came out confident in the singles matches.”

Unfortunately for Chicago, Middlebury proved to be the largest and last challenge of the season. The squad fell to the No. 3–ranked Panthers in the semifinals by a score of 5–2, ending the season with an impressive fourth-place finish. It is the 12th consecutive season in which the men’s tennis team has placed in the top five.

“While we’re sad to see the season come to an end just two matches short of a national championship, I know this was a great season for us,” Kranz said. “We fully plan on coming back next year stronger than ever, and finally capturing that national crown.”

With that, the tennis season has come to an end on the South Side. When the men’s and women’s teams take the courts again in the fall, both will be among the favorites to win the national title.