Lecturer Gets Fingers Sticky With Lemonade 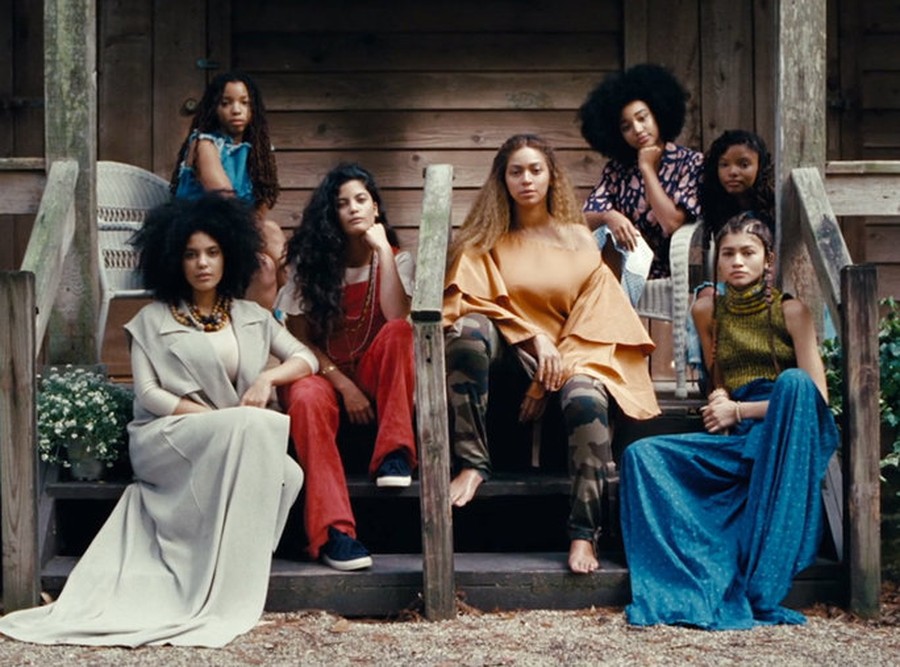 In a twist of fate, Dr. Jennifer Richardson, associate professor of gender/women’s studies at Western Michigan University, picked both the best and worst possible date for a lecture. Her talk, “Beyoncé in Formation: Activism or Exploitation?” was scheduled for April 25 in Ida Noyes, just two days after Beyoncé unexpectedly released her cinematic tour de force, Lemonade, on HBO and Tidal.

So, when Richardson took to the lectern before a small crowd gathered at the Cloister Club, the first thing she asked was: “Has everybody recovered from Lemonade?”

“No? That’s the right answer.”

After all, as Richardson noted, Lemonade is a lot to parse. There’s marital strife, religious invocations, spoken word art, and the same potent, unabashed affirmations of blackness that coursed through “Formation.” Even the mothers of Trayvon Martin, Michael Brown, and Eric Garner make an appearance, faces set like granite sentries and clutching portraits of their slain sons. Two hours of lecture, Q&A, and small round-table discussions only barely managed to scratch the visual album’s surface.

In some ways, Lemonade has convoluted rather than clarified the Beyoncé enigma, offering plenty for Richardson to dissect. Why release “Formation” in February, a full two and a half months before the rest of the album? If the Super Bowl was a factor, how much of her decision was influenced by activism, and how much by commoditization?

In her talk, co-sponsored by the Office of Multicultural Student Affairs (OMSA) and the Center for the Study of Race, Politics, and Culture (CSRPC), Richardson speculated that Beyoncé’s seemingly sudden “evolution” from pop artist to political clarion call may have to do with intra-industry pressures.

“Beyoncé whitened herself in an attempt to be ‘palatable’ by a culture that needed her to be that [way], and she’s aware of that: she critiques that in ‘Pretty Hurts,’ she critiques that in Lemonade,” Richardson said. “So now she’s that like, ‘Fooled you; I got here!’—now she can be ‘blackity-black.’ But she had to do that first, because there’s no way she could jump right on the screen and be that way.”

Though the lecture was billed as an analysis of Beyoncé through the lens of “Formation,” Richardson made little mention of the single, instead zeroing in on Lemonade. She apologized for her stream-of-consciousness discourse; she’d had to rush to gather her thoughts. If anything, however, this portion of Richardson’s lecture was her most compelling, setting notes, slides, and abstractions aside for a moment to probe the symbology of the visual album and acknowledge its emotional wallop.

“All of this is so real and honest and human—so black and so femme. It’s wonderful to see something that represents aspects of my life in ways I never thought possible,” Richardson said.

That being said, she admitted she was still trying to “swallow this lemonade,” especially the idealism of Beyoncé’s forgiveness and calls to “get in formation.”

“From here, I don’t know, exactly, what the analysis is—of healing, of black men and boys murdered, of black women’s common experiences,” she said. “[It says,] ‘We were oppressed, but now we’re powerful, we can come together and do all these things.’ But then we have to spin gold out of all this hurt and nothingness, and make lemonade from these lemons?…Things are still sticky.”

Of course, given how famously mum Beyoncé tends to be, she probably won’t come out and clarify her position on Lemonade any time soon; her recent Elle interview was characteristically tight-lipped, with about as much emphasis on her new clothing line as on “Formation.”

Richardson isn’t holding her breath, either. “I think we’re seeing Beyoncé as an evolution. Whether she’s branding, marketing, or whether it’s authentic, there has been this evolution. And we’ll never get an answer to that unless we ask Beyoncé.”