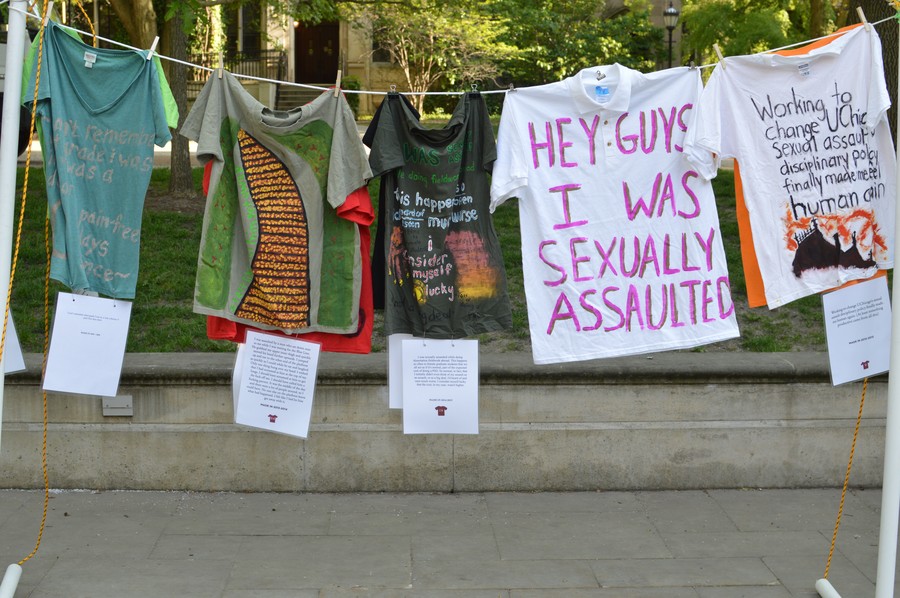 Last week, over 200 painted shirts hung on racks in Hutchinson Courtyard, rippling in the wind. Collected over the past four years, the shirts represent UChicago students’ experiences with sexual violence. A board propped up outside the entrance to the installation bore the following trigger warnings: “sexual violence, alcohol, abuse, self-harm.”

The Clothesline Project, which originated in Cape Cod in 1990, has now become a worldwide movement. It first came to UChicago in November 2012. Each year, students submit stories, from a few sentences to full accounts, through an anonymous online survey. From there, students can paint their own shirt or have another artist depict their story (The students who participated could also decide whether or not to include their work in the project).

The words on the shirts last week, along with the stories that accompany them, are harrowing. “You thought I was worthless. I believed you,” reads one shirt.

Another speaks to the silence that survivors are often forced to live with: “We have a lot of mutual friends but they don’t know.”

A third shirt describes how support systems—from RHs to a therapist at the Student Health center—told a survivor to keep quiet about what happened to her and hide the truth from her parents in case it might upset them. “I had no voice,” reflects the artist.

“This school wants us to be silent, to brush these atrocities under the rug,” said third-year Sydelle Keisler, who has co-directed the UChicago Clothesline Project along with fellow third-year Emiliano Burr since last year. “You see shirts hanging up that say, ‘This University Failed Me and Covered Up My Assault’... I have heard that story too many times. The visibility of this project is also a way of showing the University that we exist and reminding them that we are human, we are struggling, and we need more institutional support.”

The Clothesline Project aims to give voice to those affected by sexual violence and to raise awareness about an issue that is too often depicted as something shameful. During the closing ceremony last Thursday night, this project also featured spoken word poetry and dance.

“We see the value in art as a form of healing, expression, and community building,” Keisler said. “So many of these stories share similar threads, circumstances, or emotions. While trauma can be scary and difficult to talk about, by putting the shirts together, we hope to incite conversations that will bring people together.”

Although the clothesline is only up for a week every year, the project tackles an issue of persistent relevance. Other organizations on campus, such as Phoenix Survivors Alliance (PSA) and Resources for Sexual Violence Prevention (RSVP), also work throughout the year to raise awareness about sexual violence and give survivors supportive spaces to speak freely about their experiences.

As the Clothesline Project demonstrated, the key word is “survivor.” While most of the shirts and stories on display recount experiences of victimization, the fact that the they are hanging on the clothesline at all is a testament to the possibility of survival.

“I am a human being,” one shirt reads. The Clothesline Project is a timely reminder of this truth, speaking to the combined power of art, courage, and freedom of expression.

The University provides the following resources in the event of sexual assault: 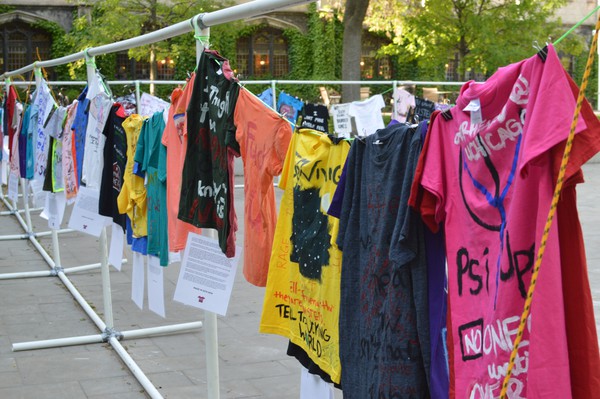 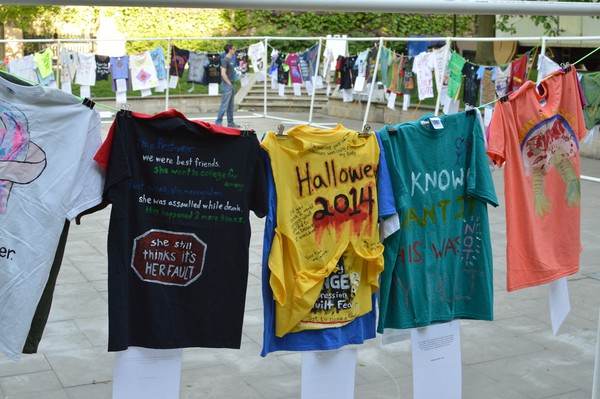 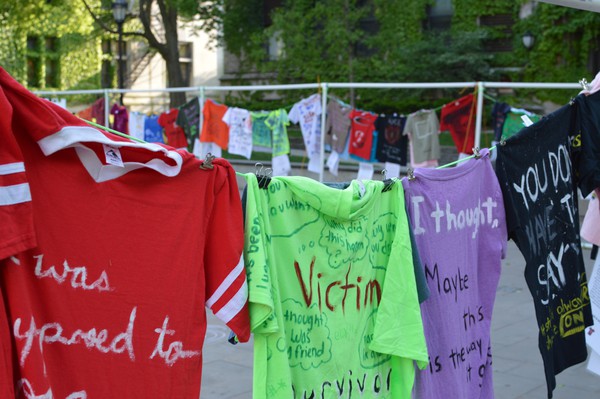