Several students who have criticized the IOP in the past for a perceived lack of inclusivity responded positively to the announcement. 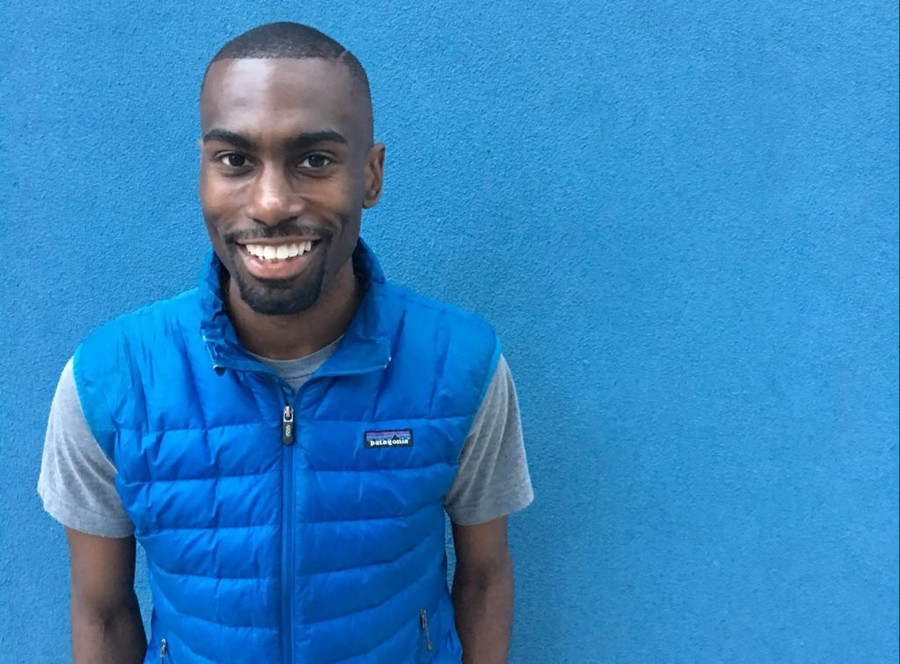 Alongside the strategists, politicians, and journalists who usually hold court in the Institute of Politics’ living room, a Black Lives Matter activist will be joining the IOP’s Fellows cohort this fall, the IOP announced yesterday.

DeRay Mckesson, one of the best known voices of the movement, creator of the Campaign Zero for ending police violence, and a former candidate for Baltimore mayor, will lead sessions focusing on social change, social media, and organizing.

Several students who have criticized the IOP in the past for a perceived lack of inclusivity responded positively to the announcement. “I think [Mckesson’s] presence reflects that the IOP has heard student concerns about a lack of diversity in the programming, and is making steps to remedy this disconnect,” Chase Woods, a rising fourth-year and member of both the IOP’s Student Civic Engagement board and the Organization of Black Students, wrote in an email.

Mckesson told The Maroon that he’s excited to bring his work to UChicago, where he spent a summer as a Mellon Undergraduate Fellow studying as part of the Committee on Social Thought analyzing Platonic and Nietzschean ideas of political rule.

“Institutions of higher learning are different faces of thought. They’re not better, not worse, they’re different,” Mckesson said. “As someone who has been an organizer for a long time…it’s important that we think critically in as many places as we can be and be exposed to the world.”

IOP Executive Director Steve Edwards told The Maroon that the IOP felt that Mckesson’s presence on campus would be timely amid heightened attention on policing.

“With so much interest in issues of policing and criminal justice on campus and around the country, the opportunity to hear from a prominent activist such as Deray Mckesson was one that we felt would prove insightful and valuable.”

Douglas Alexander, a former British Labour politician and member of Parliament, will visit campus as a fellow for one week in November.

“At a time of such national and international turmoil, from police violence in this country to the threat of ISIS abroad, we are fortunate to have this group of Fellows here to engage our students on a wide range of issues,” IOP director David Axelrod said in the announcement.

The Fellows’ weekly seminars will examine the 2016 presidential election through a variety of lenses. Revzin will look at how the world sees the U.S. race and reacts following the election, whereas Hickey and Kukowski each plan to analyze the race on the local level through the vision of the Republican party.

Morell and Alexander will each focus on intelligence and foreign policy, including post-Brexit politics. Reed will take a more abstract approach in his sessions, entitled “Hacks and Wonks: the Politics of Ideas.”

In the announcement of the Fellows, the IOP noted that Mckesson’s seminars will be part of a larger discussion in its programming this year examining different strategies for effecting social change.

Though Mckesson has significant experience as a public schools administrator, he has also participated in protests and community building activities in Ferguson, Baton Rouge, and his hometown of Baltimore.

As the current Cook County State’s Attorney, Alvarez faced voter backlash after many said her office botched the investigation into Laquan McDonald’s death at the hands of Chicago police officers.

Axelrod responded to the incident in part by writing a letter to the editor for The Maroon, in which he asked, “Do you believe in a society in which people simply shut down and silence those with whom they disagree? Can our democracy function that way?”

Rising fourth-years Stephanie Greene and Elizabeth Adetiba responded to Axelrod’s questions with their own letter at the time.

“Axelrod’s response inadvertently indicates that this institution only recognizes young black people when we adhere to the bourgeois standards of decorum that often leave our questions and concerns unaddressed,” they wrote. “As black student leaders with strong ties to our communities, we cannot in good conscience allow Axelrod to capitalize on the actions Black Lives Matter has carried out to place racial injustice at the top of the political agenda for the sake of enriching the IOP’s programming, while belittling them in the same breath.”

Now, Greene said that Mckesson’s invitation to campus signals a new opportunity for the IOP.

“The Institute is beginning to expand its definition of politics to include extra-systemic politics as well as the politics of young, black people in America,” Greene, who also was the president of the Organization of Black Students last year, wrote in an e-mail. “As Black Lives Matter continues growing as a ‘leader-ful’ movement, it goes without saying that the IOP should continue to find more ways to engage the various groups and leaders at the forefront.”

The IOP has hosted some discussions about the Black Lives Matter movement and police violence before, such as a “Chicago after Laquan McDonald” panel this past January and a “Lessons from Ferguson” panel in 2015. Former St. Louis Police Chief Daniel Isom was a fellow this past spring quarter.

But several students still did not feel like they fully belonged at the IOP.

Anthony Downer, also a rising fourth-year, founded the student-run workshop and mentorship program Leaders of Color last year to address a lack of non-white students in leadership roles at the IOP. He said he believes that Mckesson’s time on campus could bring issues and people into dialogue at the IOP like never before.

“I’m interested in seeing how DeRay presents his seminars and engages attendees and how the IOP moves forward with choosing diverse Fellows and speakers; both will show whether or not the IOP is serious about inclusivity, which I think they are,” Downer wrote in an e-mail.

The IOP is holding an open house to welcome the Fellows to campus on September 20 at 4 p.m.

The IOP plans to have a “larger discussion” examining options for affecting social change this school year.