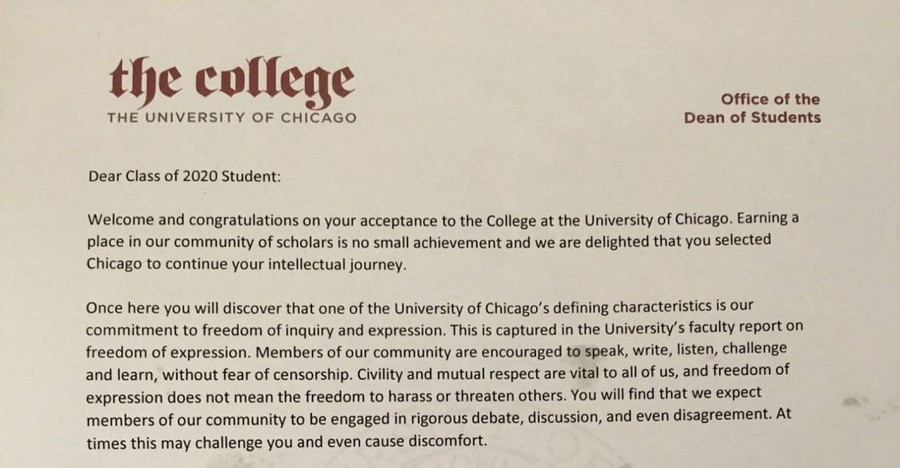 On Tuesday, University of Chicago College Republicans (CR) and the Chicago Debate Society (CDS) debated the University’s position on safe spaces and trigger warnings as described in Dean of Students Jay Ellison’s letter.

Two students from each club argued over the motion, “This House believes that the U of Chicago is taking the wrong stance on trigger warnings and safe spaces.”

According to McKay and Anderson, other organizations may have been reluctant to sponsor or have debaters participate in the event as it could be construed to mean that they are taking a side on the issue.

Paul Drexler, a fourth-year in the College, began speaking for the CDS team arguing for the motion. He argued that trigger warnings are fair warnings to students who have suffered serious trauma and make the discussion more inclusive by providing tools for these students to participate in the classroom.

“The people who are most likely to holistically avoid classes that deal with these delicate topics at a fear of being triggered are those that are most likely to be able to contribute meaningfully to the conversation,” Drexler said.

He addressed worries about censorship by stating that that self-regulation by students and professors is enough to ensure that trigger warnings are only issued in appropriate circumstances.

CDS member Liya Khan, a second-year in the College, responded that trigger warnings and safe spaces are especially important at the University because the administration fails to appropriately handle traumatic events that might occur on campus such as Title IX complaints. She argued that trigger warnings are relatively easy to issue, with minimal negative effects on those who have not experienced trauma.

Meredith McDonough, a second-year in the College, then argued against the motion, questioning how well trigger warnings actually work. She stated that the general use of trigger warnings can be interpreted as an assurance that students will not feel triggered in a classroom. She said that this may lead to an even stronger reaction to the triggering content as it can be all the more surprising for certain students. She also said that trigger warnings could be assigned to one side of a controversial topic, such as the Israel-Palestine conflict, marginalizing that viewpoint.

“The University has a duty to its foundation and identity to reiterate the idea that at no point will freedom of debate and expression be sacrificed for comfort,” McDonough said.

After the debate, audience members were allowed to ask questions to the debaters about their positions.

McKay hopes that debate can foster the discussion of different issues on campus. “The best thing we can do is empower people to make these decisions on their own,” McKay told The Maroon in an interview after the debate. “There’s an agreed upon idea that this is an issue we care about, and we’re going to facilitate discussion for this.”

“It’s absolutely critical that the student body engages with both sides of this argument, and we know that when both sides are presented, the virtues of free speech win out.”

The UCPU hosted a debate on Dean Ellison's stance on safe spaces and trigger warnings.