“I think the contemporary classical music scene in Chicago is the best in the United States. I feel very strongly about it,” Thomas said. 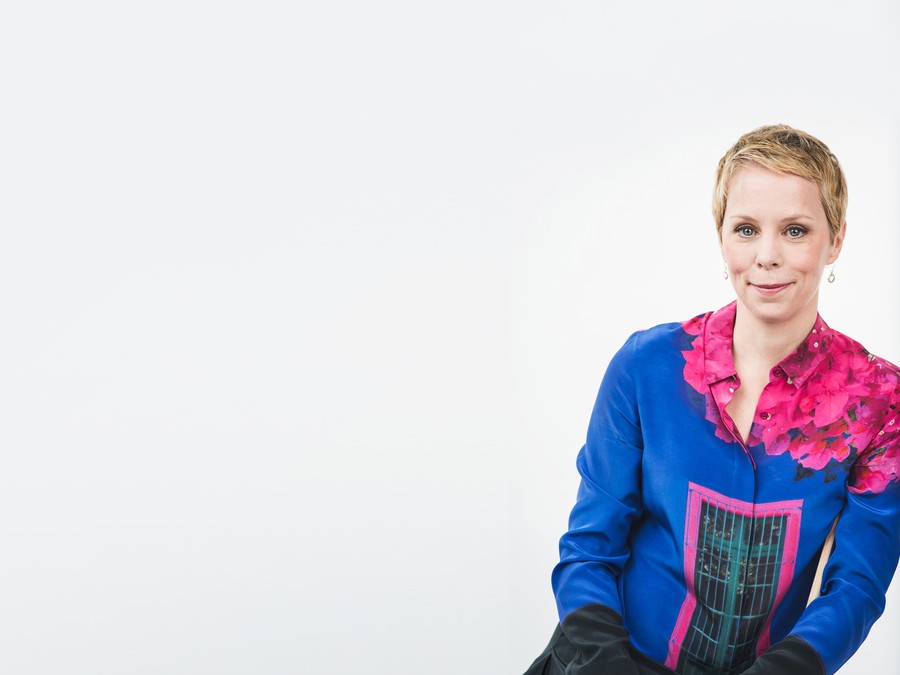 University of Chicago professor of composition and Grammy Award–winning composer Augusta Read Thomas is the creator and head curator of the Ear Taxi Festival.

While walking through Millennium Park three years ago, Grammy Award-winning composer and University of Chicago professor Augusta Read Thomas had an idea.

“I was thinking about the vibrant contemporary classical music scene here,” she said. “I thought to myself, ‘I should really step up to the plate and put together a massive festival that celebrates all of these artists and composers.’”

Three years of arduous work and composition have created the Ear Taxi Festival, which runs from October 5–10. The festival, a celebration of Chicago’s vibrant contemporary classical music community, features local ensembles, composers, and performance venues, with over 300 musicians and 54 world premieres.

“I think the contemporary classical music scene in Chicago is the best in the United States. I feel very strongly about it,” Thomas said. “There are amazing groups and amazing composers, but in addition there’s a sense of spirit and collaboration. It’s very diverse, tons of different aesthetics, points of view, coloristic shadings of sound and timbre.”

Thomas aims to showcase the diverse artistic expertise reflected in Chicago’s contemporary classical music scene. For example, Ear Taxi will include five public sound art installations placed throughout the city. Each installation has a set location and time slots during which it will be active. All are free and open to the public.

Thomas’s work will also be featured at Ear Taxi, along with a world premiere by UChicago composition student David Clay Mettens, who studied with Thomas. Both will be performed by Civitas Ensemble, a chamber group comprised of  Chicago Symphony Orchestra (CSO) musicians J. Lawrie Bloom, Ken Olson, and Yuan-Qing Yu, as well as  pianist Winston Choi.

Yu straddles the worlds of classical and contemporary classical music in Chicago, through her dual roles with Civitas and the CSO.  “I think Chicago is a very active platform for new music,” she said. “Mainly because we have great schools that are producing great composers, and we have great local composers. For me it is extremely rewarding because I know [Thomas] well and I love her effort and I love her music.”

Civitas Ensemble is no stranger to performing in unique spaces. The group explores a variety of venues and locales to better connect with the community. It recently played an all-Russian programme at a retirement home serving mostly Russian immigrants.

Concerts by ensembles like Civitas are just one facet of the program for Ear Taxi, a name derived from Thomas’s fateful walk in the park three years ago. “Way, way back, when I had the idea for this, I had the idea of the famous bust of Beethoven’s head, and then out of each ear are coming little taxis,” Thomas explained. “Of course we wouldn’t use Beethoven’s bust, but it would be the head of a composer, out of which all these little sonic taxi rides are flowing. And so if you come to Ear Taxi you’re going to take lots of little taxi rides.”

“I was open to allowing everything in the contemporary classical art tradition,” Thomas continued. “No censorship of any kind.” As such, Ear Taxi is entirely not-for-profit.

The freedom Ear Taxi’s artistic spirit is evidenced by this not-for-profit approach. Each ensemble is paid the same amount, in an effort to create a sense of artistic community and collaboration rather than competition.

“When somebody buys a festival pass, what they are doing is supporting the artists of their city,” Thomas said. For students, an unlimited festival pass is $100, and provides access to 27 hours of music. Individual concerts are just $5–10.

In an additional effort to make Ear Taxi accessible and very much in the city, musicians will play around bus stops and train stations in Chicago, through a program called transfer(to). The initiative, described as “a series of public art micro-performances” aims to introduce Chicagoans to the festival and “expose the public at large to performances in an unconventional setting by weaving works of art into the fabric of everyday life.”

“I wanted people to just sort of run into the festival—to get off the subway and there are musicians playing right there,” Thomas explained. “The musicians will be very casual, and you can talk to them, and they’re playing world premieres written by Chicago composers.”

To help as many people as possible experience as much music as possible, Ear Taxi worked with the Sharing Notes program, an organization that brings classical music to hospitals, to commission a world premiere. The winning piece, written by Parisa Sabet, will be performed at the La Rabida Children’s Hospital as a part of the festival.

Its casual dress code helps defy the expectation that classical music must be formal and inaccessible to the lay listener. Audience members are further invited to bring their drinks with them into the performance space.

“This music is fun,” Thomas said. “Some pieces are jazzy, some are rock-oriented, some pieces are really dreamy, some are abstract, some are ritualistic and rhythmic, some are pointillistic, they’re so varied and really compelling. In a certain way, the whole thing is a discovery.  The audience will never hear just one 50-minute piece. Rather, they may experience several shorter pieces, most of which are no more than a year old, and many are being played for the first time.”

“You can really interact with them,” Thomas said. “Every single artist is from Chicago and lives in Chicago. These people live right next to you and [they’re] changing, transforming, and renewing music,” Thomas said. “I think that for our city to feel that energy and see where music is being taken by all of these different [local] points of view is very enriching.”