Ellison's letter is a sign of hope in a campus climate that consistently silences voices. 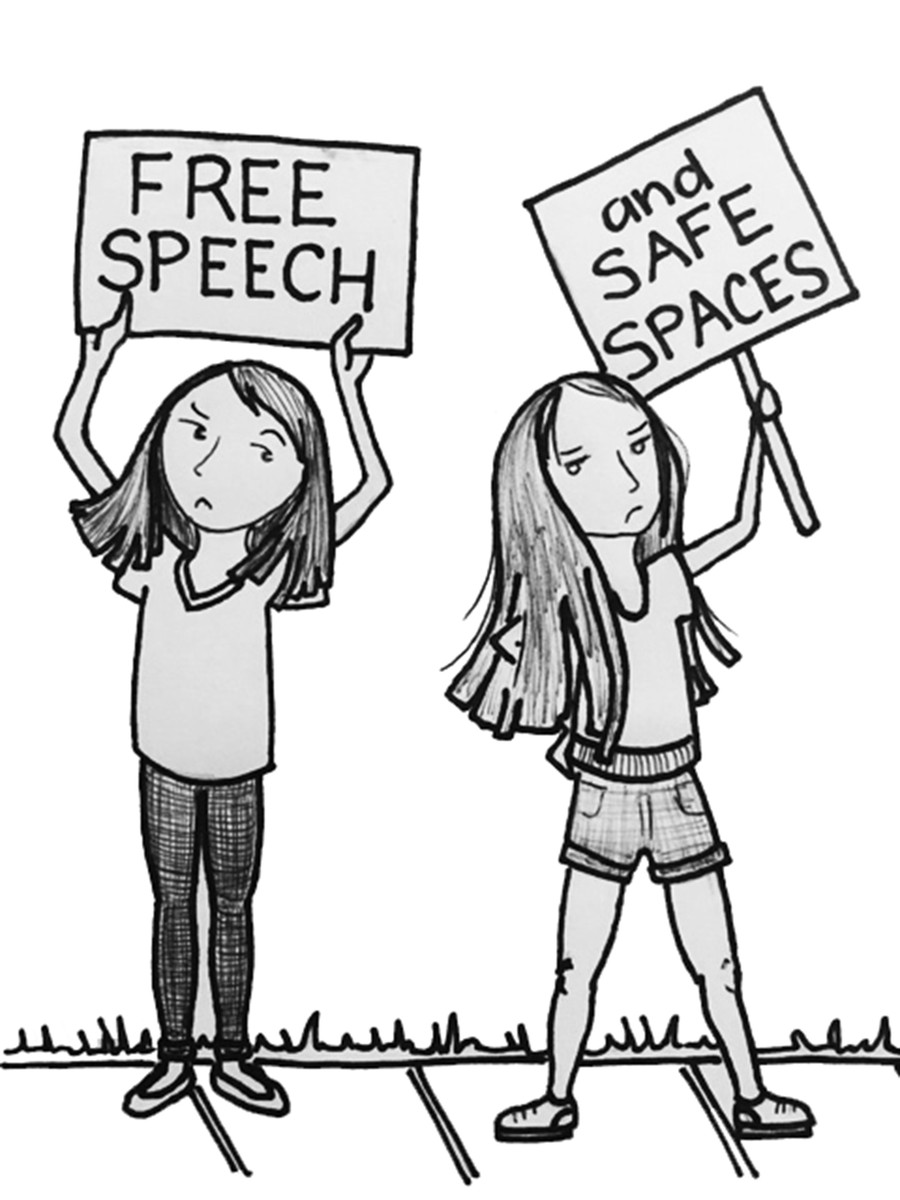 The welcome letter that Dean of Students Jay Ellison sent to the Class of 2020 was far from the classic form letter that freshmen around the world have been receiving every year for decades. In his letter, Dean Ellison set the University of Chicago apart from colleges across the country by clearly and forcefully stating the University’s strong policies in support of free speech, and explaining the legacy and morals behind it.

This letter is the latest manifestation of the University of Chicago’s long commitment to free speech, as well as a response to several events that occurred on campus last year. As the dean highlighted in his letter, this is far from the University of Chicago’s first foray into protecting controversial speech. The University has a long history of supporting free speech, dating back to at least the 1930s when it hosted the Communist Party’s presidential candidate on campus, against the wishes of many across the campus and country. This was continued in 1967 with the University’s Kalven Report, which further institutionalized the importance of the administration’s political neutrality, despite external pressures.

The letter’s three main components—trigger warnings, canceling speakers, and intellectual safe spaces—each have a place here and in the national discourse. Opposing views should have the opportunity to be expressed, even if they are unpopular, and Ellison’s letter rightly expresses a clear and firm stand against the possible major restrictions that have happened on far too many campuses.

Surprisingly, too many in the student body don’t agree with these seemingly innocuous policies. The basic right of free speech was not always guaranteed this past academic year. Both Anita Alvarez and Bassem Eid were unable to speak during two events on campus after protesters shut them down. Eid’s life was even threatened when a protester shouted that he wanted to blow up Eid’s car. A few weeks later, I proposed a resolution as the president of College Republicans to the General Assembly of our Student Government that had almost 50 faculty signatories condemning these protests. Surprisingly, I had to explain to several members of Student Government that it was *bad* for events to be shut down; the resolution was almost voted down outright and was then tabled for the year, meaning that it may never see the light of day. Interestingly enough, the members of Student Government did not attach their names to how they voted (which is highly unusual), probably because they understood that their actions would be immensely unpopular. This incident was shocking to students, faculty, and alumni alike, and the problems continued as its lesson went unheeded. A few weeks after I proposed my resolution, a group of students (including a Student Government representative who voted against my resolution) attempted to shut down an Israeli Independence Day celebration on campus!

Shutting down speakers on campus is not a new phenomenon, but last year marked our first appearance on the Foundation for Individual Rights in Education’s “disinvitation database” this decade. This is a worrisome trend, and the Ellison letter made it crystal clear that protests such as the ones that shut down events last year will not be tolerated in the future, despite Student Government’s failure to take a stance on the issue.

With regard to the other aspects of the letter, it is important to understand that Ellison is not banning trigger warnings. If he were to do so, he would be in violation of the University’s free speech policy. Instead, the University remains neutral, with “professors maintain[ing] broad latitude to engage in teaching practices as they see fit or to accommodate student requests.” This is an important distinction; the Ellison letter does not ban trigger warnings, but rather trusts professors to use them as they see fit. This stands in contrast to other schools that actually *require* trigger warnings. At Drexel University, for example, it “is expected that instructors will offer appropriate warning and accommodation regarding the introduction of explicit and triggering materials used.” Other schools, including Bay Path University, Colby-Sawyer College, North Iowa Area Community College, and St. Vincent’s College have nearly identical policies regarding trigger warnings.

Similarly, the term “safe space” as it is employed in the Ellison letter deserves greater clarification. The letter states that “we do not condone the creation of intellectual ‘safe spaces' where individuals can retreat from ideas and perspectives at odds with their own.” We have safe spaces on campus, but those are social safe spaces, and thus do not fall under the purview of Ellison’s letter. Ellison’s concern deals with intellectual safe spaces, which have all too frequently become places where dissenting viewpoints are unwelcomed. These are safe spaces such as the one set up by Case Western University during the Republican National Convention this summer, and at Brown University that featured “cookies, coloring books, bubbles, Play-Doh, calming music, pillows, blankets and a video of frolicking puppies.”

In the aftermath of the Ellison letter, schools such as American University, Claremont McKenna, and even Brown have sent similar statements to their own student bodies. Hopefully, we are witnessing the start of a movement that will change the face of free speech on college campuses across the country. Unfortunately, College Republicans remains the only group on campus to support the letter, but we will be working to ensure that the University of Chicago remains a beacon for the rest of academia.

Matthew Foldi is a third-year in the College majoring in political science.