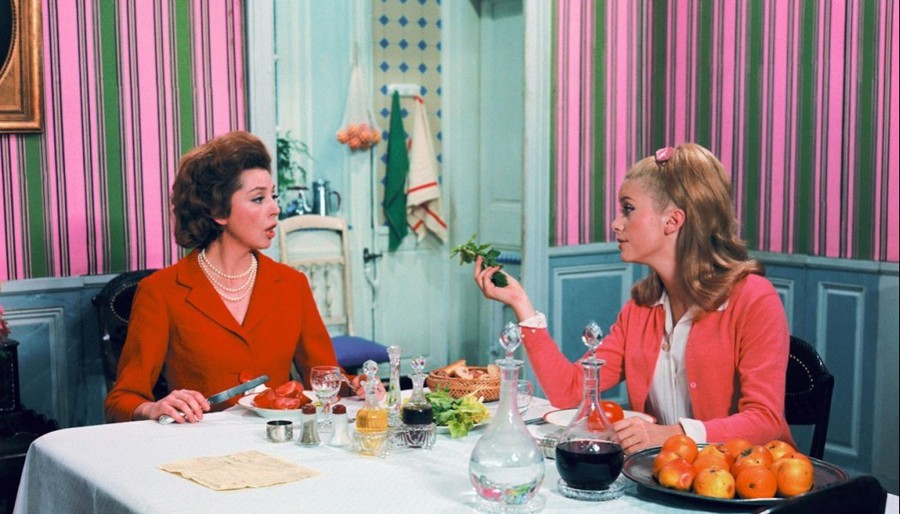 The Umbrellas of Cherbourg (1964) will be screened at Doc Films on Friday, March 3.

Doc Films’ winter lineup is brimming with classics and new films alike, from Charlie Chaplin to La La Land to Icelandic film. Hear it from the programmers themselves, plus a few hand-picked highlights.

Like all of the programmers, Tien-Tien Jong, a cinema and media studies Ph.D. student, organized this series last spring. But given today’s political climate, she said her program of films about marginalized characters has “taken on a new level of emotional resonance.” The program spans decades and cultures—Chinese, Japanese, German, French, and American—and looks at stories of very different types of outcasts. “The stories about outsiders in a society reveal a lot about that society…I’m really drawn to stories about…people who fit uneasily into society,” she explained. Some of the protagonists are well intentioned, and some less so, but their stories are all linked.

Though the stories in the series can be dark, they all capture strength of character in tough times. She hopes that viewers will find consolation in the art and a reminder that anyone who feels like an outsider is not alone.

1/29 Shanghai Triad (1995) is not well known despite having won Best Cinematography at Cannes, and tells the tale of unlikely friendship within a corrupt world.

2/12 Fox and His Friends (1975) follows a gay carnival worker in West Germany who wins the lottery.

2/26 The Mayor of Hell (1933) captures the desperation of children during the Great Depression. 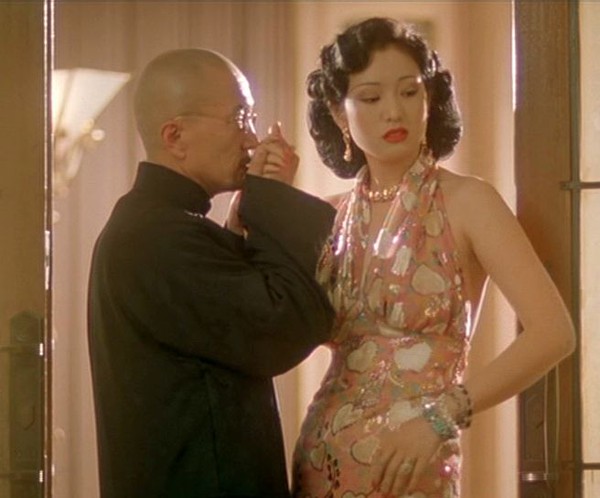 Shanghai Triad (1995) will be screened at Doc Films on Sunday, January 29.

Curating this series was a labor of love for Ph.D. students Daniel Schultz and Alex Wolfson. Their program gathers films made within the early years of the HIV/AIDS crisis, before the disease was widely understood. These early films represented the epidemic very differently than later ones, pushing back against normative narratives of death.

“There was a queering…of what it means to live towards one’s death,” Wolfson explained. “[We wanted to document] this lost idea of resistance.”

Several films were created as part of the political movement. The documentary Silence = Death (1990) interviews artists who were actively creating political artwork during that time. Other films, like Derek Jarman’s Blue (1993)—a long single shot of blue—abstractly capture the suffering of the dying filmmaker. Schultz and Wolfson emphasized that the experimental nature of many of these films purposely mirrors the different narratives that evolved within the queer community.

They end the series with the Hollywood film Philadelphia (1993), which Wolfson describes as “a marking point of a new narrative…[in which HIV/AIDS] can become fully redemptive.”

1/23 Blue (1993) is a poetic and poignant reflection on the deterioration of an AIDS victim. 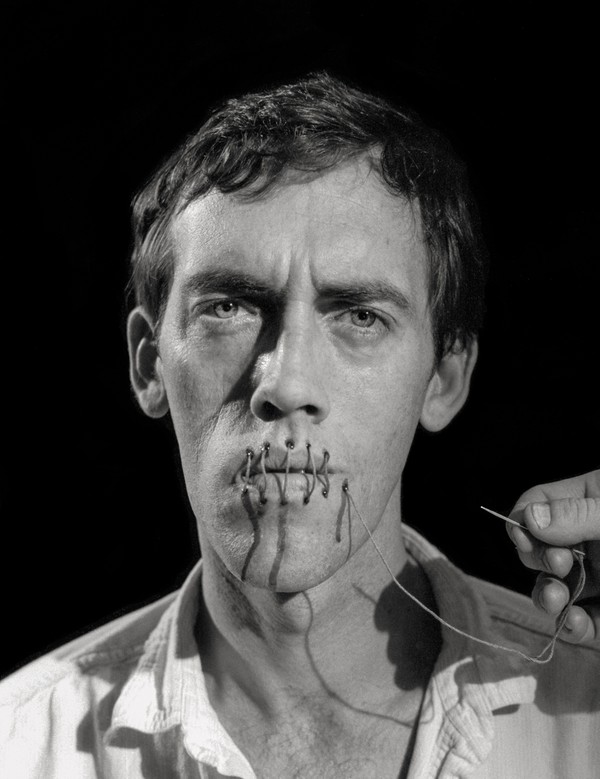 A work by David Wojnarowicz, Untitled (Silence=Death), taken from 1990 documentary of the same name by Rosa van Prauheim.

Icelandic Film of the Past 25 Years

This quarter Ejólfur Guđmundsson, a medical physics PhD student, shares some of his homeland with Chicago through Doc Films.

“Icelandic cinema is a very niche field. You don’t see a lot of these films outside of Iceland. If anyone was going to program it, it would probably have to be an Icelander,” he said.

Guđmundsson’s selection offers a chronological overview of Icelandic film over the past decades, bringing with it glimpses of life on the pastoral island.

2/21 Angels of the Universe (2000) explores stigma around mental illnesses.

Rivka Arbetter is writing her undergraduate thesis about Chaplin, so you know she’s a devoted fan. But she promises there’s something in the late actor’s oeuvre for everyone.

“His comedy is universal…. It’s just this guy who gets into trouble and finds unique ways to get out of it,” she explained.

But, as Arbetter pointed out, “not all of Chaplin’s films are humorous—or silent!” Her chronological retrospective stretches from 1915–57 cover Chaplin’s varied career. For instance, films from Chaplin’s later years, after he left the United States during the Red Scare, are markedly more serious.

Most of Chaplin’s films have not been shown at Doc since the 1980s. But this quarter, with help from programming director Anton Yu, she was able to procure the film prints from Janus Films and bring Chaplin to the big screen.

Arbetter couldn’t be more thrilled to bring Chaplin back to Doc. “Part of what makes [Chaplin] so great is seeing him on the large screen in the dark, not distracted by…the goings-on of everyday life,” she said.

3/01 Limelight (1952) includes a scene with Buster Keaton and Chaplin—the comedians’ only collaboration.

Paranoid Thrillers from the Land of Nixon and Beyond

Like the program he previously curated for Doc Films, fourth-year Nick Quintana’s program this quarter focuses on Hollywood films from the 1970s. This time, however, he zooms in on the period’s culture of suspicion and fear—something that he says strangely parallels the current political moment despite a four-decade difference in setting. Some of the thrillers are typical Hollywood fun, but most are actually quite serious, politically-inspired films.

“These films are not really transgressing aesthetically, but narratively…and that’s where a lot of the fun comes from,” Quintana explained.

Current—now historical—events pop up often, blurring the boundary between fact and fiction. But in the hands of famed directors and stars like Jack Nicholson, Dustin Hoffman, and Jane Fonda, the nail-biters go down smooth.

2/02 Day of the Jackal (1973) lets viewers identify with the conspirators for a change.

2/23 Besides being considered one of the greatest films of all time, Chinatown (1974) inspired the money-hungry villain in Rango.

3/02 The Parallax View (1974) is a JFK-inspired assassination thriller.

After volunteering with Doc since his first weeks on campus, fourth-year Henry Lewis is finally curating his own program and checking off an item on his UChicago bucket list. His theme, time travel, is rife with hypotheticals—Would you change the past? What will your future bring?—and creates a space for reflection that Lewis finds particularly resonant.

“The power of science-fiction…is the ability to take those questions and explore them in a way reality can’t,” he explained.

His program explores time travel in many ways: some more or less literal, some more or less playful. He made sure to include Back to the Future (1985) and its sequel, but also lesser-known films like the Spanish-language film Timecrimes (2007).

2/23 Primer (2004) is a cult-classic written, directed, produced, edited, and scored by a former software designer. 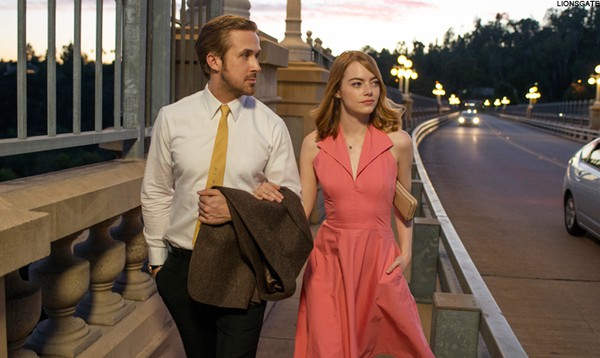 La La Land (2016) will be screened at Doc Films this quarter, along with the film that inspired it, The Umbrellas of Cherbourg (1964).

The weekend program is a collaborative programming effort. This quarter includes recent blockbusters like Arrival (1/21), La La Land (3/04), Fantastic Beasts and Where to Find Them (2/11), and Scorsese’s Silence (3/11). The rest of the series includes a healthy mix of new and old fan favorites.

Doc Films is the oldest student-run film society in the nation. Find the full schedule and screening times on docfilms.uchicago.edu. All screenings are in Max Palevsky Cinema in Ida Noyes Hall. Tickets $5.

This preview, published Tuesday, incorrectly stated that the Doc Films had intended to run a Charlie Chaplin series with its own film prints. Instead, Doc Films had always planned to book the series with the distributor Janus Films.