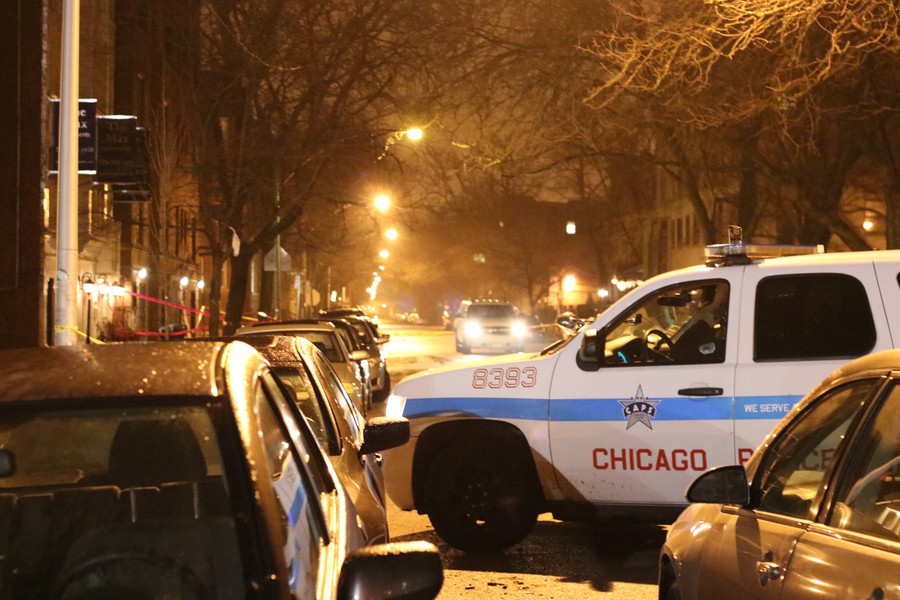 CPD presence and police tape at the scene of a shooting.

Update (2:42 p.m.): Police said that the 25-year-old victim was pronounced dead at Northwestern Memorial Hospital at approximately 9:45 a.m. on Wednesday. Police said at 1:21 p.m. that there have been no arrests in what is now a murder investigation.

At 12:47 a.m, Chicago Police said in an e-mail that a young man was in critical condition at Northwestern Memorial Hospital after sustaining gunshot wounds to the head and shoulders on the 5100 block of South Blackstone Avenue yesterday evening around 9:00 p.m.

The victim was talking to another man and two women when the man produced a handgun and fired at the victim, police said. The victim is a black male around 20–25 years old.

Police said no one was in custody.

There was heavy Chicago Police presence on the block around midnight. A portion of the street was cordoned off with police tape. A detective was documenting the scene near at least three yellow numbered markers on the sidewalk.

An officer who had just arrived on the scene acknowledged that there was a shooting, but would not elaborate. Several neighbors reported hearing gunshots in the area on Twitter and in an e-mail group.

The Northwestern Hospital emergency room said it is not able to give victim condition updates over the phone.

Shooting on 5100 block of Dorchester. UCPD officer told me students should get a security alert sometime tonight.https://t.co/z7HBfjIzpS pic.twitter.com/a7ba0gvnZy