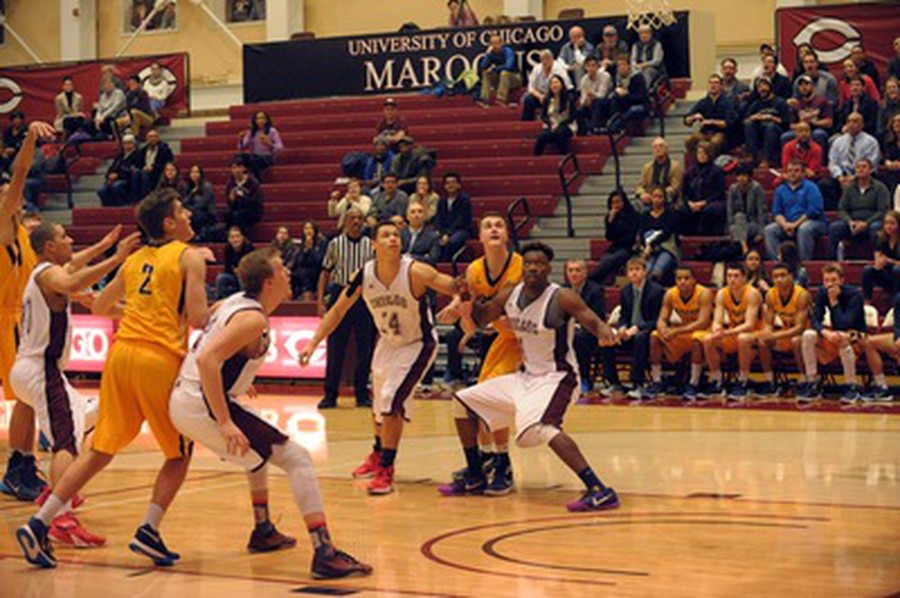 This past weekend, January 13 through 15, marked the first set of UAA doubleheader weekends for the Chicago Maroons. These doubleheader weekends consist of two games played on Friday and Sunday, with one day of practice between the two. When on the road, the Maroons often have an early practice on Thursday before getting on a plane. On Friday, they play a game and get on and off another plane before having a final practice Saturday. Sunday the Maroons play their last game and fly home, making for a difficult weekend of travel.

Unfortunately, these match-ups proved to be difficult for the South Siders as they faced defeat in a close game against No. 8, previously ranked No. 3, Rochester University with a final score of 88–82. Travelling to Atlanta and playing Emory University was equally as unfortunate for Chicago as another close match resulted in a 80–72 loss. These losses now put the Maroons at 8–6 overall and 0–3 in the conference.

This weekend the squad has another double-header game at home, where it will face up against Brandeis University on Friday, January 20 and against NYU on Sunday, January 22. As the halfway point through the season has already been marked, the Maroons are looking to come back from behind and get on the board to end their losing streak.

Currently Brandeis, who is 6–7 overall has had some better luck in conference play is at the top of the conference with a record 2–1. NYU, who has a record similar to that of Brandeis, being 6–7 overall and 1–2 in the conference, will also provide a challenge for the team. There is no better time than now for the Maroons to prove themselves against these two competitors. Fourth-year guard Tyler Howard was confident in his team’s chances to do so.

“Although we’ve been through a stretch of tough games, I feel reassured that my team and I will comes out to play both games with a high level of intensity and energy. Though Brandeis and NYU will be tough games, we remain confident in our abilities.”, Howard said.

Tip-off for Friday’s matchup against the Brandeis Judges is set for 8 p.m. CST, while Sunday’s game against the NYU Bobcats will be played at 12 p.m. CST. The theme for Friday night’s game is beach theme, with free tanks for the first 300 guests. This is a big weekend for Chicago and the South Siders are looking for a lot of energy in the Ratner Athletic Center.