Chicago Shakes off the Rust 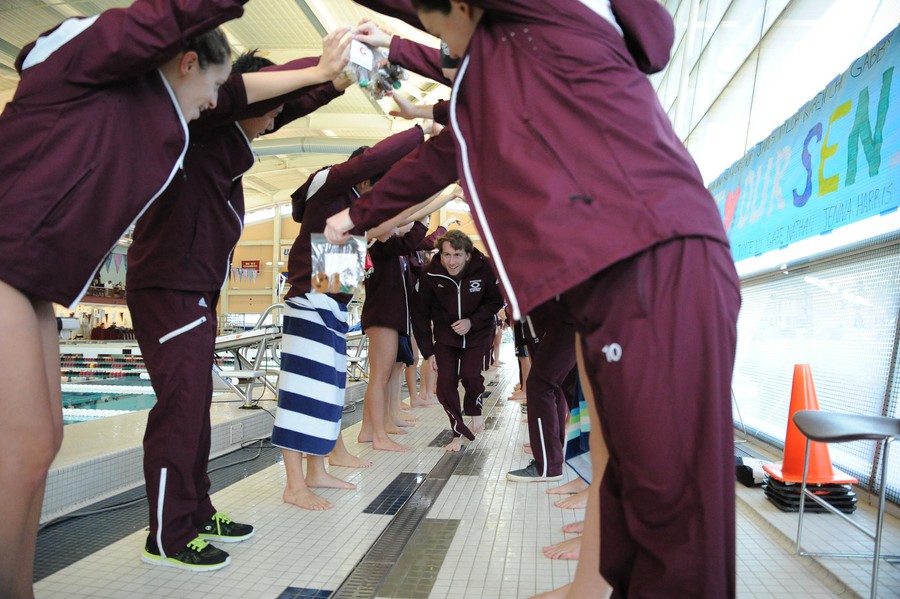 The Maroon swim & dive team gets hyped up for their meet.

After a two-month dry spell, the Maroon swim and dive squads kicked off an action-filled weekend at Myers–McLoraine Pool Friday evening. In the first meet of the quarter, the men and women hosted a tri-meet featuring Lewis University and Olivet Nazarene University, before heading north on Saturday to face D1 rival UW–Milwaukee.

Despite six event victories, the men split Friday’s tri-meet, defeating Lewis but falling to ONU. First-year Reona Yamaguchi was first to the wall in the 100-yard breast stroke, the first of his four weekend victories. Other standouts included first-year Taye Baldinazzo winning the 1000-yard freestyle and third-year diver Dean Boures, leading the field in both the one- and three-meter dives.

Amidst a host of strong efforts, the Maroons’ well ran dry against UW–Milwaukee with the men falling 138–160 and the women being outpaced 105–186. The women failed to record an event victory, tallying twelve second-place finishes on the day. In addition to her new school record in the 100-yard IM, Scheidl brought home second in the 100- and 200-yard freestyle races. Girlich continued her success on the board, finishing second in the one-meter dive while first-year diver Agnes Lo placed second at the three-meter height.

“The energy we brought to the meets this weekend was definitely the driving force of our success,” Yamaguchi said after another stellar weekend in the pool. “If we continue to bring that fire to future meets, I think we can accomplish some big things.”

The Maroons resume action at 1 p.m. this Saturday as they host DePauw University and Calvin College in the final home meet of the season. The men will have their hands full as they welcome the No. 20 Calvin Knights and No. 14 DePauw Tigers to Hyde Park. On the women’s side, the Knights and No. 22 Tigers will be looking to rebound, with both teams coming off weekend losses. The conclusion of the annual tri-meet will mark the beginning of a two-week hiatus for the Maroons before UAA Championships begin on February 8.