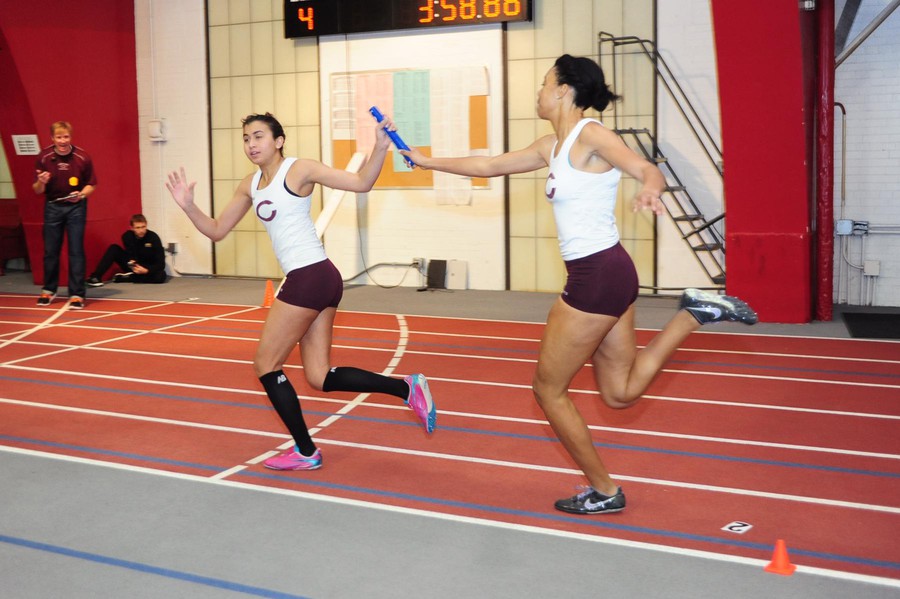 The Maroons will travel to UW–Whitewater this weekend to compete in their third meet of the indoor season. The men will participate in the “Squig” Converse Invitational on Friday evening, while the women will take part in the Warhawk Classic Invitational on Saturday. Both the Maroon men and women are coming off of strong performances and second-place finishes at the Illinois Wesleyan University Triangular last weekend. The squads also both placed first of six teams in their season opener as hosts of the Phoenix Invitational.

On the men’s side, the field of 10 teams will feature a number of nationally-ranked indoor competitors, including No. 1 UW–La Crosse, No. 3 Benedictine University, No. 4 UW–Whitewater, No. 7 North Central College, No. 9 UW–Stevens Point, No. 11 UW–Oshkosh, and No. 20 Monmouth College.

Last year, the men took home 12 top 10 finishes on the day and came away ninth overall out of 10 teams. UChicago’s performance was highlighted by a win in the 5,000-meter from current fourth-year Timofey Karginov, as well as fifth-place finishes from current third-years Nathan Downey and Patrick LeFevre in the 400-meter and 60-meter hurdles, respectively. Current fourth-year Gareth Jones also took home fifth with his time in the 3,000-meter.

The No. 9 Maroon women are hoping to repeat as the Warhawk Classic Invitational champions this weekend. Last year, the squad narrowly edged out UW–Whitewater to come away with the victory by a margin of 190.5 to 190 points. UChicago placed first in five different events, including the 4x400-meter-relay, 800-meter, one mile, 5,000-meter, and high jump. This year, they will take on nine teams in a field with two other nationally ranked squads in No. 19 St. Norbert College and No. 24 UW–Oshkosh.

The women’s team is eager to face some tough competition and hopes to use the meet as an opportunity to prepare for the second half of the indoor season. Second-year jumper Grace Penders said, “We’ve been practicing hard recently and we’re excited to get out there this weekend and hopefully repeat our success from last year.”

Third-year Vivian Barclay is also excited to see how the Maroons stack up against their opponents. “This is a big meet for us and there is always good competition there. The first-years have been performing well in practice and in meets, and this weekend will be a good chance for them to showcase their talents in front of some of the better teams,” she said. This meet will also be a good chance for a pair of third-years to showcase their talents—Khia Kurtenbach and Kelsey Dunn are currently undefeated so far in their respective races.

Both the men and women are looking forward to the challenges that the upcoming meets will bring and hope to build upon their successes from the first two competitions of the year. The men will kick off the weekend on Friday night at 5 p.m. with the field events and 5:30 p.m. with the running events. The women’s meet is set to begin at noon on Saturday.