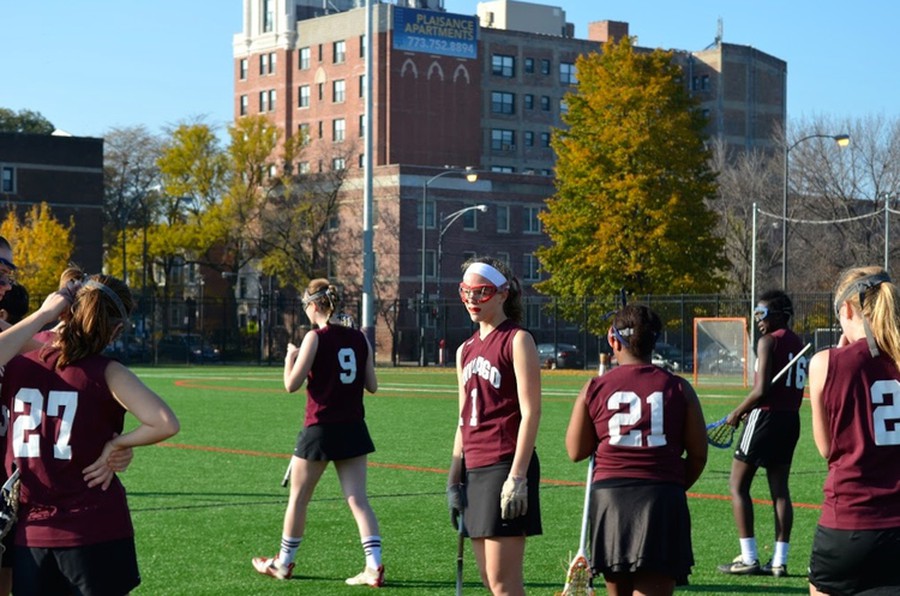 The women's club lacrosse team stands on the field.

It is an exciting time both for the Maroon athletic community and one team in particular; after years of being considered a club sport, women’s lacrosse will transition to varsity status by 2019. They will be welcomed with open arms by the Women’s Athletic Association, which is the student-athlete coalition run by students themselves, and also by the athletic department as a whole.

Third-year Lauren Ross spoke to the difference the changed status is going to make for the team, as well as the ways it will hopefully stay the same. “I think lacrosse being a club sport has kept an aura of ‘work hard, play hard,’ in that we practice and work hard, but we also have a little family that hangs out and can be silly, and I hope that element can be maintained as the sport moves into varsity,” she said.

Fourth-year head captain Alexa Bieler also spoke to the changes, albeit more from a logistical perspective. “How the team is funded will change because we won’t go through club sports allocations—a fact that is boring but important. We will get a head coach and an assistant coach as well as access to trainers, which is so important because girls have gotten injured and we haven’t had a professional to consult with,” she said.

This warm welcome is due in no small part to the dominance that women’s lacrosse has displayed over the years. Last year, while participating in the West Region of the Women’s Collegiate Lacrosse League, the squad went 9–1, and finished the regular season undefeated before falling in the second round to Grand Valley State University.

Further, individual excellence has been recognized on last year’s Maroon team. Ten players received All-Conference recognition, which, interestingly enough, is the exact number of players on the field at any given moment. Chicago lacrosse quite literally fielded a team of All-Conference talent.

Bieler also mentioned this success in finding excellent players and implies that is can only go up from here. “The team has been really lucky because every year we get really good girls who just kind of found us. Moving forward we will have a coach looking at showcases and actively finding girls who want to play DIII which will add talent in a very different way,” she said.

But this success isn’t limited to the past few years, according to Ross, who has played on the team for three years. “We’ve made it to at least the semi-finals of our regional championship every year that I’ve played in addition to having a great season record,” she said. These words ring true, as the squad’s record was 7–3 in 2014, 8–2 in 2015, and 9–1 this past year.