Ritter's Americana, From Moscow With Love 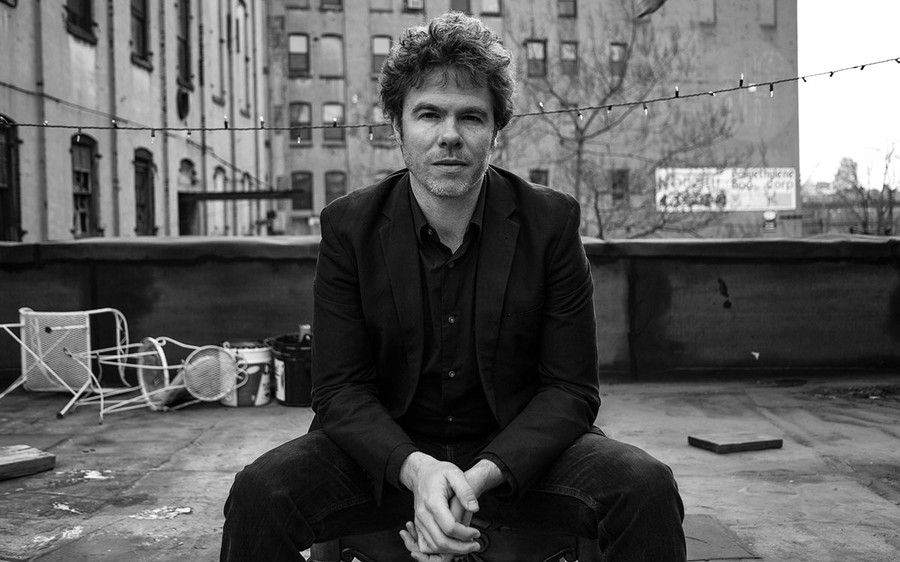 Josh Ritter's cozy Chicago show was as laid-back and charming as his musical style.

On the second night of his back-to-back performances at Chicago’s City Winery, singer-songwriter Josh Ritter fiddled with his microphone and admitted, “A few years ago I realized I was taking myself too seriously…so I stopped thinking about what to write, and I just started writing.” After joking that he had more songs than he knew what to do with, Ritter played the tunes that inspired his current Works in Progress tour. Jumping on the opportunity to perform new solo songs that aren’t entirely finished, Ritter’s latest is equal parts tour and test-run.

On Monday night, Ritter jumped right into his set. His chosen venue, the City Winery, is nestled along a strip of restaurants in the West Loop. It welcomed audience members in their 20s, 30s, and 40s from all over Chicagoland. Couples enjoyed wine and cheese as strangers clustered along dining tables facing the stage. The Winery’s dinner-concert package makes it a more difficult venue to play: performers demand extra attention from the audience. But the crowd warmed up immediately to Ritter’s laid-back and charming presence. When a wine glass shattered in between song changes, Ritter joked, “That’s perfect for this song,” and everyone laughed.

Ritter, born and raised in Moscow, ID, bought his first guitar from a local K-Mart and created his own major at Oberlin College: American History through Narrative Folk Music. Since his eponymous first self-released album in 1999, he has released seven more, performed internationally with his Royal City Band, and reached fans across the Atlantic. Ritter’s Americana style incorporates country, folk, bluegrass, and blues influences, making his music appealing to a diverse audience. To craft songs that resonate with listeners of all tastes is a skill in itself, and Ritter brings this creativity on stage with lighthearted cool.

In his latest album Sermon on the Rocks, Ritter pairs relatable content with catchy rhythm. In “Getting Ready to Get Down,” Ritter tells the tale of a teenage girl who returns to her Bible-bearing town from college: “And now you come back sayin’ you know a little bit about/ Every little thing they ever hoped you’d never figure out.” With themes about growing up, stepping out of your comfort zone, and doubting what you once fervently believed in, Ritter’s songs are crowd favorites with memorable lessons. In “A Big Enough Sky,” Ritter sings about a love that has lost its luster, asking “If you ever fell out of love/ Could you ever fall back again?” which is a stark contrast from the defiant, rebellious subject of “Henrietta, Indiana”: "[He] had a devil in his eye, eye/ Like a thorn in the paw/ Disregard for the law/ Disappointment to the Lord on high.”

As a musician, Ritter is versatile—as an artist, multifaceted. Though he has widened his output in recent years—his first book, *Bright’s Passage*, was published in 2011—it is ultimately Ritter’s dynamic nature as a musician that captivates his audiences and charms his fans.