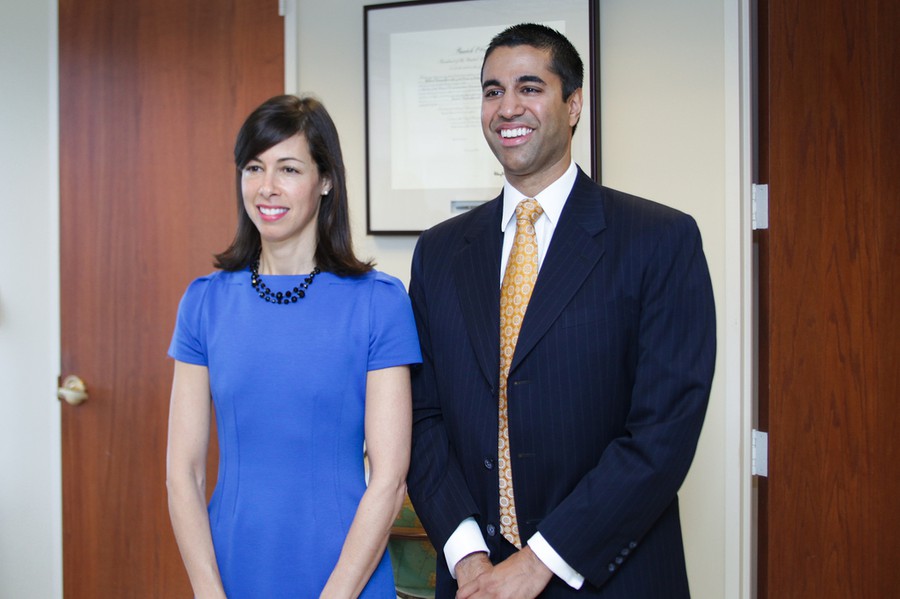 Pai is an ardent believer in free markets, and contends that consumers benefit from more competition among producers.

University of Chicago graduate Ajit Pai (J.D. ’97) was appointed chairman of the Federal Communications Commission (FCC) by President Trump on Monday. His appointment, some are speculating, might lead to the reversal of regulations the FCC adopted in 2015 promoting net neutrality.

Net neutrality is the principle that all Internet traffic should be treated equally, and that providers cannot prioritize or throttle specific traffic.

Last month, Pai derided FCC regulations on Internet providers in a speech he made at a gala. This suggests that Pai might push the FCC toward repealing its rules that prevent Internet providers from selectively blocking or slowing sites, or from creating “fast lanes” for specific content.

Pai, according to his website, is an ardent believer in free markets, and contends that consumers benefit from more competition among producers.

Pai enrolled in the Law School after graduating with a B.A. from Harvard University. While at UChicago, Pai served as an editor for the University of Chicago Law Review and was also awarded the Thomas J. Mulroy Prize for his performance in Moot Court competitions.

Pai had worked for the FCC as a commissioner since he was nominated by Barack Obama and confirmed by Congress in 2012.

Before joining the FCC in 2012, Pai served as deputy chief counsel for Jeff Sessions, Trump’s nominee for attorney general, when Sessions was chairman of the Senate Judiciary Subcommittee on Administrative Oversight and the Courts. He also served as senior counsel for the U.S. Department of Justice’s Office of Legal Policy, and as an associate counsel for Verizon Communications.