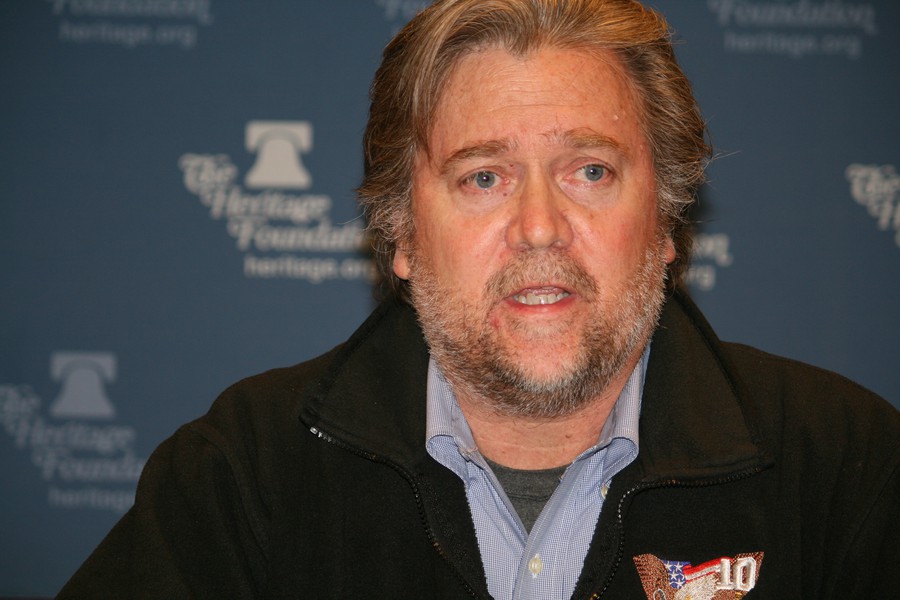 At Breitbart News, Hahn worked under Steve Bannon who is the current chief strategist under President Trump.

A University of Chicago graduate and former Breitbart News reporter was recently appointed as an aide to White House Chief Strategist Steve Bannon.

Julia Hahn (A.B. ’13), a philosophy major who graduated from the College in 2013, was hired by conservative news outlet Breitbart in 2015 and will join the White House this month as an aide to the chief strategist.

Breitbart News is a far-right media outlet that is known as the “home” for the so-called alt-right movement—a movement that champions white nationalism and rejects mainstream conservatism. Before joining the campaign and eventually the White House, Bannon was executive chair of Breitbart.

Hahn’s formal title will be special assistant to the President, though she will primarily work under Bannon. The news of Hahn’s hire emerged simultaneously with the news that President Donald Trump reorganized the National Security Council and elevated Bannon to a seat on the council— a move which Senator John McCain called a “radical departure from any National Security Council in history." Hahn’s hiring as special assistant was first reported by POLITICO.

Hahn mostly covered immigration during her time at Breitbart News, writing articles with headlines such as “Muslim immigration puts half a million US girls at risk of genital mutilation,” and “Final Warning from Immigration Officers: Clinton, Open Borders Will ‘Unleash’ Violence, ‘Countless Preventable Deaths’ in America.”

Hahn has also been a vocal critic of House Speaker Paul Ryan. Many of her articles focus on the GOP’s inaction in preventing illegal immigration. During the election, Hahn wrote a story implying Ryan’s support for Hillary Clinton, titled “He’s With Her: Inside Paul Ryan’s Months-Long Campaign to Elect Hillary Clinton President.”

In 2015, Hahn pressed conservative lawmakers on their support of “a suspension or reduction in Muslim immigration,” but, as the Washington Post reports, Representative Raul R. Labrador (R-Idaho) refused to answer the question.

“I don’t answer questions from you because you are not a truthful reporter, and I will not answer any of your questions,” he said.

Within the Republican party, Hahn is considered to be more conservative than much of Congress.

The University must publicly disavow graduates who promote hatred.