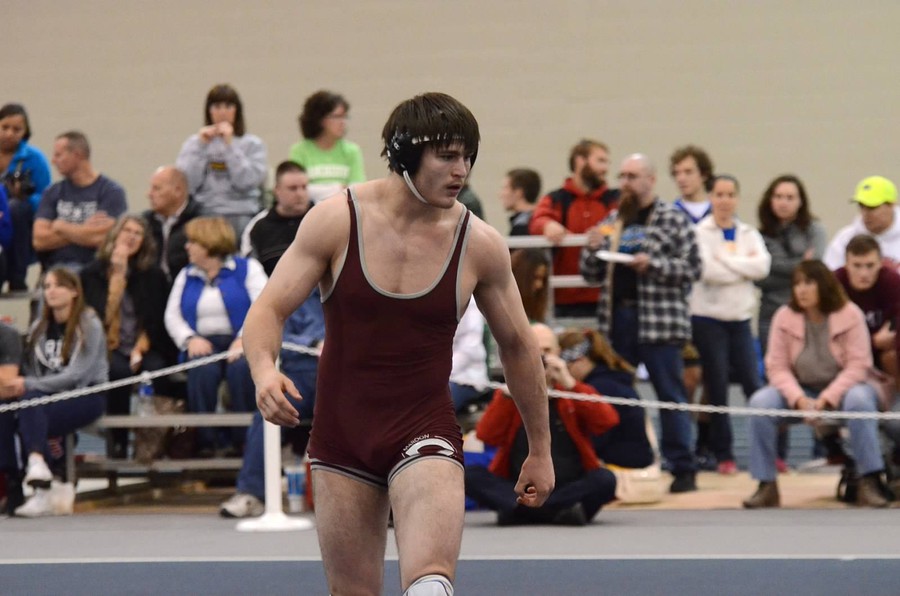 Second-year John Jayne prepares for his next round.

After spending the majority of winter break on campus preparing for the second half of the season, the Maroons look to capitalize on their progress this weekend at the Chicago Duals. The squad competed in two meets over the break: the Wilkes Open in Wilkes-Barre, PA, and the Midlands Championships in Evanston. Chicago had a number of impressive finishes over the break, and the team hopes to continue its strong season at home this Saturday.

For the first meet, the squad traveled to Wilkes University on December 22 to compete in the 84th annual Wilkes Open. The Maroons placed 16th in a 43-team field that featured a number of competitive Division I and Division III schools. No. 9 Division I Lehigh University topped the results with 96.5 points, while UChicago came away with 22 points total.

On December 29, Sepke and Lee-Lermer traveled to Northwestern University to compete at day one of the 54th annual Ken Kraft Midlands Championships. The field of 42 schools featured a number of nationally ranked Division I teams, including No. 1 Oklahoma State and No. 3 Iowa. At 165 pounds, Sepke came away with an overall record of 1–2 against his Division I competitors, highlighted by a 4–3 win over No. 14 Central Michigan University. In the 149-pound bracket, Lee-Lermer went 0–2 against his two Division I opponents.

Although these results may not appear to be the best on paper, the squad has gained great experience against such difficult competitors, especially so early in the season.

Third-year Cristen Bublitz said of the team’s performances this year, “So far, the season has gone quite well. We have some young guys that are really showing their worth and competing at a high level.” Bublitz is confident that the extra weeks of training together over break will serve the Maroons well in the remainder of the year. “The training over break has really set us up to have an exciting second half of the season. We unfortunately have some veterans of the program who are suffering from injuries, but with the group of guys we have, we will finish as strong as ever,” he said.

The Maroons return to competition on Saturday, hosting the Chicago Duals. The squad will take on Trine University in the second round, the University of Dubuque in the third round, and Manchester University in the final round. Saint John’s University, the Milwaukee School of Engineering, and Wabash College will also travel to Chicago for the meet. Bublitz said of the team’s goals for the weekend, “Our main objective for this weekend is fairly simple, in the fact that we are going to compete in a tough manner and make a name for UChicago Wrestling.” The meet begins at 1 p.m. at Henry Crown Field House.