Pod Save America Hosts Discuss Political Disagreement and the Media 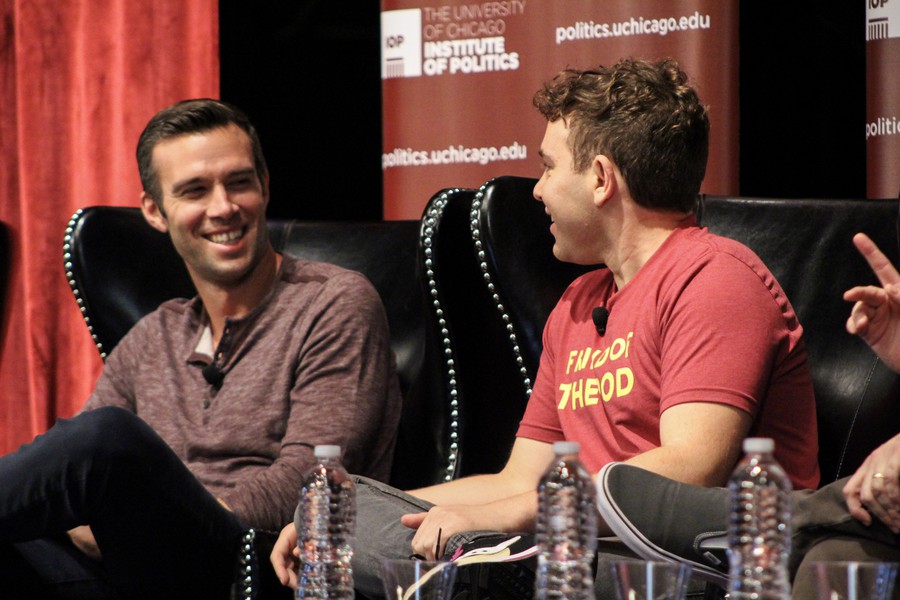 The hosts of the liberal politics podcast Pod Save America spoke at a student-moderated Institute of Politics (IOP) event at International House on Monday.

Some of the questions concerned disagreements and factions within the Democratic Party.

“The way that Trump can win the reelection is for us to have divisions in the left,” Lovett said. “Politics, at the end of the day, are about persuading enough people to form a majority to get good things done and to get policies passed.”

“What’s not a good argument is ‘One side needs to just shut up and deal with it,’” Pfeiffer added.

The four speakers addressed the question of whether their sometimes derisive commentary alienates centrist and conservative audiences.

“In the wake of the Trump election, a lot of where we landed reflexively was [at] more of a primal scream,” Pfeiffer said. “Hearing that from people who feel the same way as you…helps you deal with the fact that this monster is President,” he said, noting that as the podcast’s parent company Crooked Media expands they intend to bring in more voices from across the political spectrum.

Lovett added, “We could be more conciliatory, but there is a problem: Paul Ryan. When he supported Trump, I thought, ‘He sold out our country’ and ‘He doesn’t care about our values’…part of it is: We have to stand up to something that is fundamentally wrong.”

“I think what we try to do is separate what we say about Republican politicians from Republican voters,” Favreau said.

When prompted with the subject of free speech, specifically relating to that of controversial speakers on college campuses, the speakers suggested that it would be more effective for students to openly challenge opinions they view as problematic than to try to censor them.

“Go make an argument,” Favreau said. “One of the best takeaways from college is how to argue: You have the power to stand up and persuade people in the crowd that your opinion is better.”

On the topic of parsing through inflammatory White House rhetoric and “fake news,” the panelists stressed the importance of media literacy.

“We have to teach children what legitimate news sources are and what [they] are not,” said Pfeiffer. “I would even like for there to be conservative and Republican media that tries to tell the truth.”

In a discussion largely characterized by fear for the political future, Pfeiffer allowed for some optimism regarding millennials gaining influence in the electorate.

“As the generation that grew up with the internet becomes able to vote, media savvy people may be around to solve this problem,” he said.