Graduate students should be skeptical about unionization efforts. 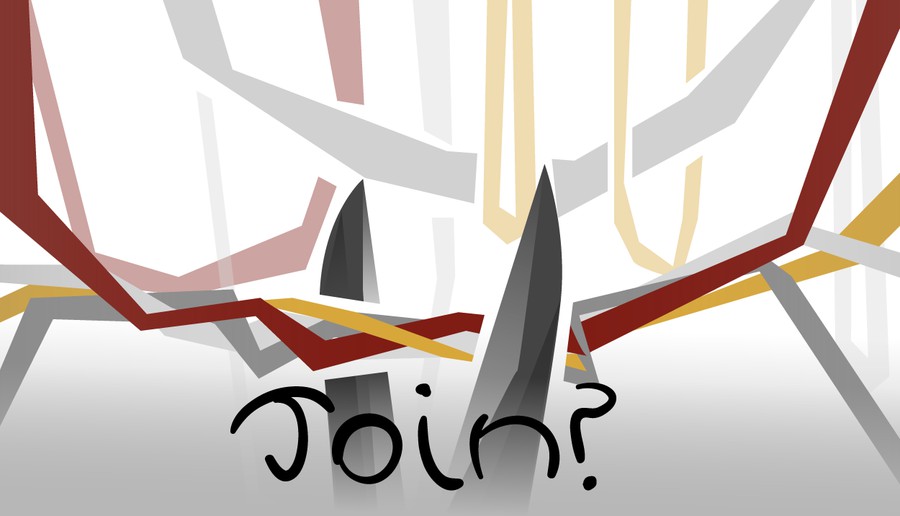 I am a Biological Sciences Division (BSD) graduate student, and before the University decided to take the reprehensible position that I’m not an employee, I had already decided to vote “no” in the upcoming election on union recognition. Now, I’m in an awkward position—if I vote “no,” am I tacitly siding with the University?

Obviously, graduate students are employees of the University, whether they are conducting research or teaching undergraduates. This election, however, is not a vote on whether the University’s legal strategies are valid (they aren’t). It is a vote on whether a recognized union would best represent and advance the interests of the graduate students included in the bargaining unit. To that, I will still vote “no.” Up until now, I have avoided speaking openly about my position due to the risk of losing friendships and burning bridges that could be beneficial to an early-career scientist. But now, I feel compelled to take a position prior to the election, in hopes of connecting with others who may have similar doubts about graduate student unionization.

I am a scientist, so I try to base my opinions on data. More than that, I want my fellow grad students to be happy and productive. This union vote is important and may have implications long after we’ve left, so it is important to think critically and examine all the evidence.

Unfortunately, the evidence is pretty scant. At the time of writing, even Graduate Student United (GSU)'s website does not provide a clear comparison of union contracts at other universities. Although there are a number of state schools that have had student unions for years, it may be hard to extrapolate those experiences to UChicago. The only private university that has had a functioning graduate student union so far is NYU. The interference of NYU’s previous union in matters of academic decision-making does not give me much confidence. The current union at NYU negotiated annual pay raises for RAs of 2.5 percent; however, this seems like only a moderate improvement considering the union dues of 2 percent. The UChicago BSD has guaranteed a stipend increase of 2 percent for the next three years. If the union contract formalizes a stipend increase of 2.25 percent but still requires 2 percent for dues, BSD students will make less money in the short run and possibly less in the long run as well.

Ignoring the legal and cultural differences between state and private schools, there is a survey-based study by Rogers et al. often touted by GSU members that states: “Union-represented graduate student employees…fare better on pay, and…report similar perceptions of academic freedom.” If UChicago has taught me anything, it is how to break down a claim, and this one gives me misgivings for a couple of reasons. First, the statistics—once the authors controlled for other factors such as program and geographical region, unionization was no longer a significant determinant of the annual stipend. Second, biological and physical science departments are not included in the study, and even the authors caution against applying their results to RAs in those departments. Third, a significant number of students at UChicago are supported by external fellowships and many students in the BSD and Physical Sciences Division have particularly light teaching loads, making it inappropriate to apply the weak findings of this study to our situation.

Given the lack of relevant, positive examples or convincing empirical evidence for the benefits of unionization, I feel uncomfortable voting “yes” and making UChicago a guinea pig. If we don’t have an affiliated union, then what are the alternatives? Since 2007, GSU has achieved a number of improvements in graduate student life, such as a doubling of TA salaries, improvements to grad students’ parental leave policy, and a stipend increase from $18,000 to $26,000 a year for SSA students. To me, that is clear evidence of the change that is possible through student organizations and by working with the University. Given the ambiguity of what is negotiable under the National Labor Relations Board’s ruling, it’s possible that the University will continue challenging the right of the union to bargain over specific areas. The fact is, we don’t know how the negotiations will go, but we do know the types of improvements that are possible without a formally recognized union.

Finally, I am voting “no” because I do not agree with the coercive strategies employed by GSU and the inflexible attitudes adopted by some members. By now, pretty much every student in BSD has been approached multiple times by someone about unionization. I have raised the concerns listed above, but have never received satisfactory answers or contrasting evidence. Instead, the responses are often appeals to emotion over logic and seem to stem from a moral certainty that a union is the only “right” choice. Not only is it impossible to reason against this attitude, but it also puts anyone who disagrees in the moral “wrong.”

The University certainly hasn’t helped by trying to stop the vote altogether and attempting to advance its own agenda. However, I have found its e-mails to be civil and often informative, sharing information union activists would be reluctant to disclose, like a summary of union grievances at NYU. This tribalism leads to a political climate that does not feel democratic and makes me concerned about the students organizing the ensuing elections and votes, if the union were to be recognized. I hope this letter encourages a more open dialogue among graduate students, and everyone should go out and vote on Tuesday and Wednesday.

Katherine Silliman is a graduate student in the Biological Sciences Division.