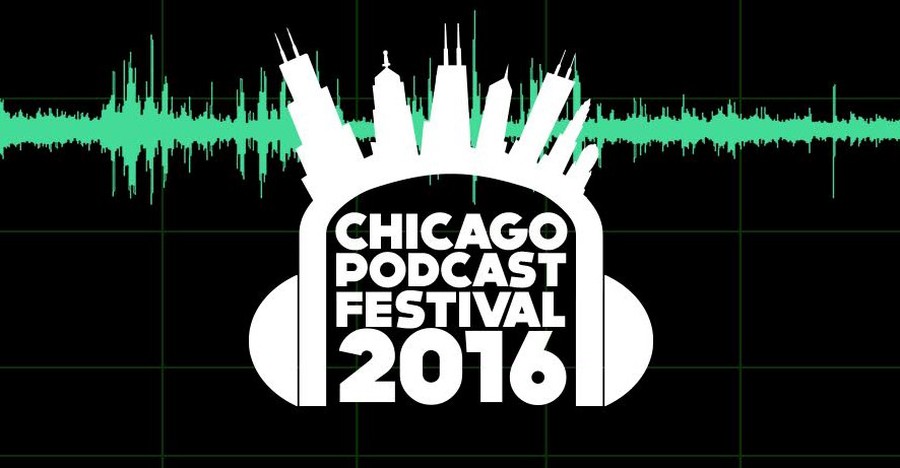 Now in its second year, the Chicago Podcast Festival is dedicated to celebrating podcasts, particularly those that are produced locally. Its website boasts that “more than 90 percent” of the lineup is comprised of “local standouts.” While the festival occurred all week, I was only able to attend Tuesday and Thursday night's shows.

Tuesday night’s lineup and location were ideal for my interests. The stage section of the Beat Kitchen was intimate but never uncomfortable. The evening started off with The Feed Podcast, a food show hosted by superstar chef Rick Bayless, and 13-time James Beard Foundation award winner Steve Dolinsky. Their conversation ranged from the restaurant business to a sausage-themed pop quiz that invited responses from the audience. The episode also guest-featured Mayor Rahm Emmanuel, who spoke about his love of food and his life as mayor. The Feed Podcast did an impressive job of handling a live audience while simultaneously recording a quality podcast with audience interaction (this reviewer even scored a free cookbook for answering a trivia question about where the mayor attended college).

Next up was Siblings Peculiar, an improv-comedy podcast about a brother and sister who investigate the disappearance of their parents. I had not listened to this podcast before, but they definitely scored a new fan. Finally, there was the Curiosity Podcast, a show that interviews experts in a field who explain their areas of study. This one centered around the science and art of improv comedy with Lilly Allison, a teacher who studied and performed with The Second City. The topic was interesting, though it was at times obvious that the hosts had not recorded live before.

Thursday featured a whole different lineup. The hosts of The Potterotica Podcast (which is exactly what you think it is) read, and joked about, Harry Potter erotica. The show was well-organized, engaging the audience without it feeling forced and partnering with the bar to offer special cocktails for the drinking games happening during the show. Next was the movie podcast CinemaJaw which, though well done, was not great at maintaining its energy throughout the night. Its content was nonetheless accessible, since the hosts managed to talk about movies in a manner fit for the casual moviegoer. Alcohollywood came next and focused on discussing the film Trick ’r Treat. As a podcast about the creation of drinking games for films, however, Alcohollywood was more difficult to convert to a live stage.

The overall lineup for the second annual Chicago Podcast Festival was  very impressive. The future of the festival is certainly bright and provides a welcome platform for new local podcasts.