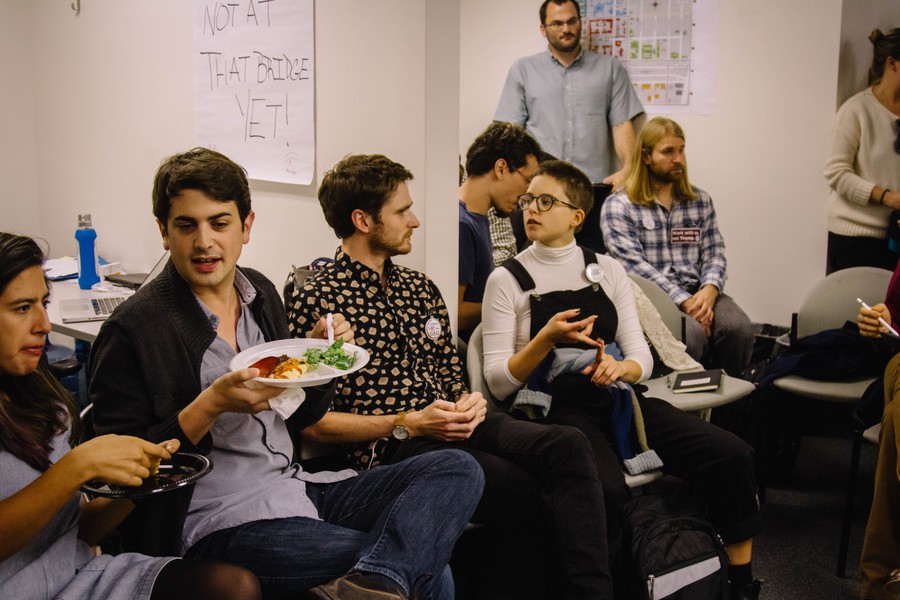 Graduate Students United (GSU) activists and members gathered on Monday evening at 6 p.m. in preparation for Tuesday’s election in an office downtown.

Both union presidents expressed eagerness for Tuesday’s election and wanted to strengthen the graduate students’ morale.

“It’s the culmination of [a] process that’s taken some time,” Montgomery said in an interview with The Maroon. “I think for them it’s going to be an affirmation...that their faith in each other and believe that they can make their institution better and collectively have a more professional voice is going to pay off.”

Caine Jordan, a second-year history Ph.D. candidate and GSU member, felt similarly. He cited GSU’s decade-long existence as partly why the election is especially significant for him and other members.

Since starting the formalized process of unionizing and affiliating with multiple unions—AFT, IFT and the American Association of University Professors (AAUP)—GSU’s engagement bolstered, Jordan argued.

Montgomery stressed the importance of graduate student unionization, particularly in the context of higher education.

“Our experience is that no matter where you go, workers want a voice now more than ever. A lot of things have changed—the voices have been taken away,” he said.

Montgomery noted that a commonly argued anti-union rhetoric places the affiliated union between the petitioning workers and their employer, but that isn’t the case.

“We’re not going to sit across the table from Robert Zimmer—people like [Caine] are,” he said. “I have every faith that the University of Chicago will be far better off as an institution when their graduate students organize. It just will.”

Jordan noted several organizational changes within GSU. The group’s constitution was changed to end their by-laws and inter-departmental positions were elected to make the bargaining unit more representative.

“Once we get together after the election and we have a representative sample of the bargaining unit, we will go forward based on whatever decisions we feel we want to make,” Jordan said.

Polls Open: What You Need to Know About Graduate Student Unionization

Unionization supporters say that graduate students would be able to negotiate better pay and working conditions in a union, while the arguments against GSU generally focus on the burden of union dues.