Polls open today for grad unionization vote: What GSU and the admin are saying and doing 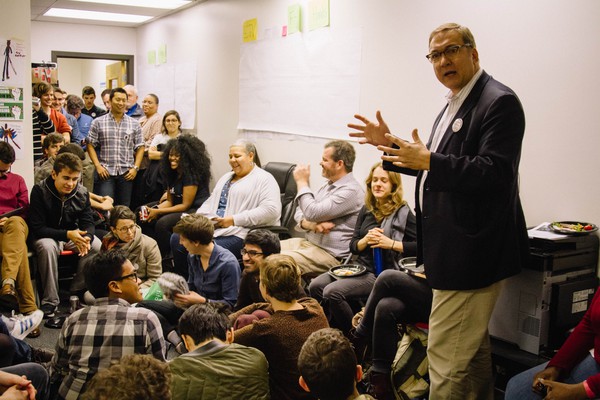 Polls open in one hour for about 2,500 graduate students to decide if they will be represented in a union for collective bargaining by Graduate Students United.

The Maroon Editorial Board argues that if graduate students vote to unionize, the University should resist the urge to appeal the decision, and allow the union to form.

Contributor Katherine Silliman contends that the potential benefits of graduate student unionization are unclear and unconvincing.

** Eleven universities have held similar votes since the NLRB reopened the possibility August before last, with mixed results.

Diversity initiatives announced: The administration has released its plans to improve campus diversity. Parts of the plan mirror a draft of the document that was provided to The Maroon over the summer.

Free speech conference: Inside Higher Ed reported that the University hosted 66 college presidents and provosts for a free expression conference this weekend. The Maroon was the first to report on the conference after receiving a classified document in August which outlined the event.

Class of 2021 College Council reps elected: Myles Hudson, Malay Trivedi, David Morales, and Tony Ma were announced as the winners following a vote that lasted from Wednesday to Friday.

A$AP Mob rap collective performed an explosive set at UIC Pavilion that had the audience pulling one of the members offstage.

Defuse impending midterms stress with study breaks on and off camps inthis week’s Exhibit A— from salsa night at the Promontory to UChicago Night at the Art Institute.

A new installation outside of Mansueto continues to explore the legacy of nuclear energy as part of the University’s “Art in the Nuclear Age” program.

The volleyball team played an even split of their last round robin. The Maroon men are training hard this week after a tough loss to St. Norbert in football. One pair took UChicago where it's never been, winning the ITA Oracle Cup. Cross country looks to rev up after their last pre-national competition.

Dr. Marshall Chin, the Richard Parrillo Family Professor of Healthcare Ethics in the department of medicine, was elected to
the National Academy of Medicine yesterday.

The Shrine of Christ the King, a Woodlawn church which avoided demolitionthrough a community campaign and donation drive after a fire ravaged the stately building last year, received another fillip Friday with the announcement that it had been selected to participate in a grant program through the National Fund for Sacred Spaces. Canon Matthew Talarico said in a press release that the grant money would be used to finish the process of replacing the shrine’s roof.

Barack Obama, dropping in unexpectedly on a civic education event for young people held by the Obama Foundation in Grand Crossing: “The best way for me to have an impact is to train the next generation of leaders so that I can pass the baton and all of you can make change in your communities, in the country and the world.”

You can still vote (up to five times a day) to secure a grant to restore the Hyde Park Historical Society’s headquarters in a historic remnant of the city’s cable car network.