By Alex Ward    and Feng Ye 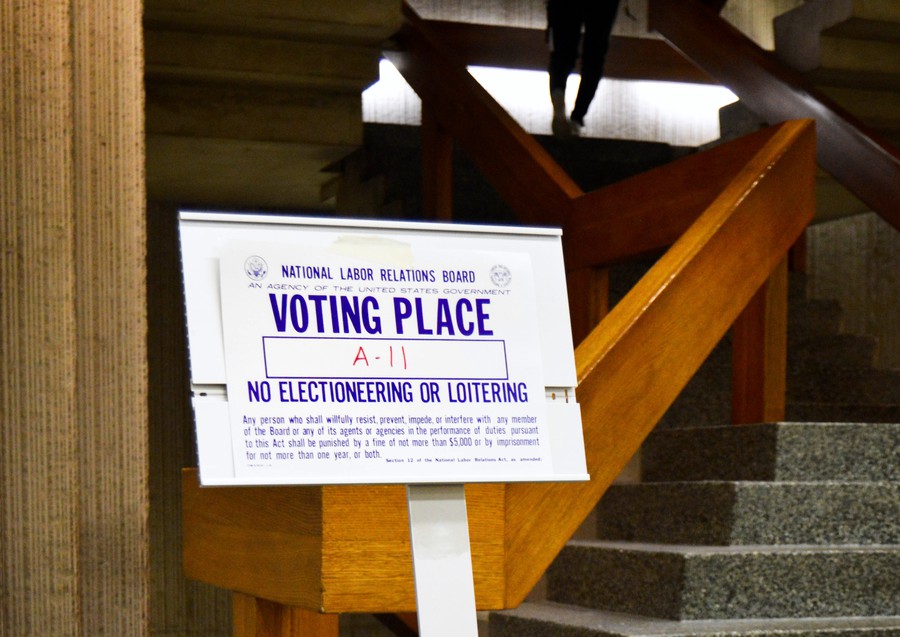 University of Chicago graduate students have voted to unionize by an overwhelming margin.

1,103 “yes” votes were counted, exceeding the combined 479 counted “no” votes and the 149 votes that were challenged. The two-day election closed Wednesday at 9 p.m. Votes were counted at the NLRB regional headquarters downtown Thursday.

The University is one of a dozen schools to host graduate student unionization votes since an NLRB decision August before last reopened the possibility. Several of these universities have continued legal challenges and refused to bargain after successful union votes. The University had filed to block this week’s vote, in part because a new Trump-era majority on the NLRB might again move to block graduate student unionization.

Graduate Students United tweeted, “We have a union. And we have a room full of joyously crying @UChicago grad workers. #YESGSU”

The Maroon spoke to graduate students at the polls Tuesday and Wednesday.

A pro-unionization graduate student described how she viewed the stakes: “A lot of us are living in almost poverty conditions; we’re really overworked, the school’s not very supportive—it’s been great to have this group of grad students coming together.”