The University’s administrative functions are obscured by a veil of ambiguity. 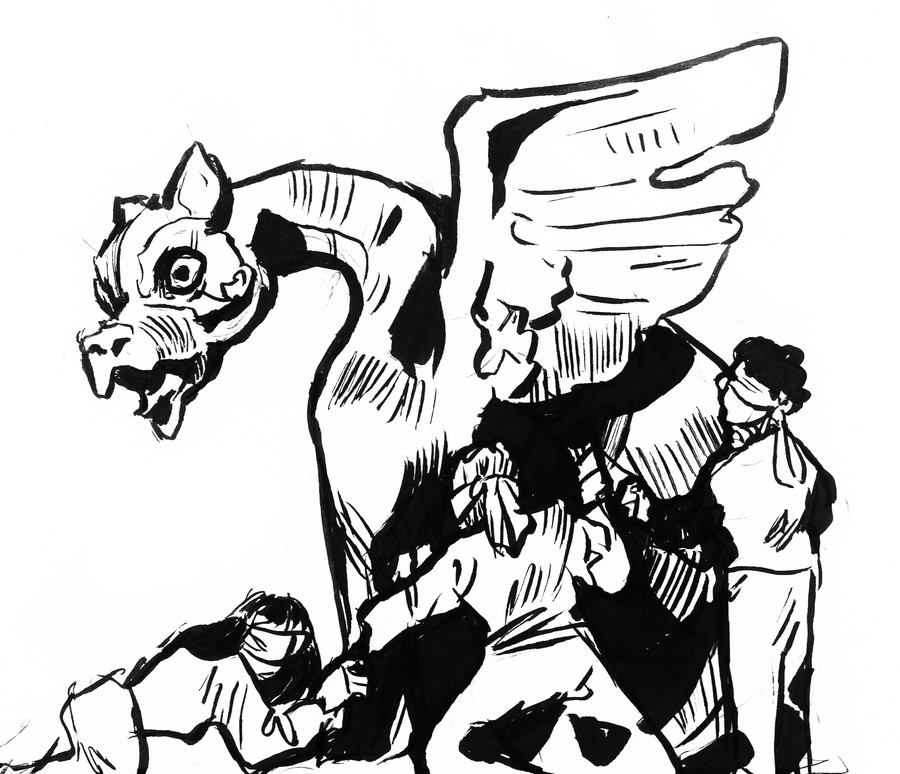 The University has been at the forefront of controversy in the past, sparking widespread debate on issues such as unionization, Title IX, free speech, and the Kalven Report. More specifically, the unstable nature of the University’s relationship with its own community stems largely from the ambiguity and lack of communication between the University's leadership and other members of its community. And to put it frankly, the dilemma at the center of this boils down to one main question: What does the administration of our university actually do?

If one looked up the online UChicago directory for deans and other administration members, one would find a list of their roles and responsibilities in the form of general summaries. For example, one such vague summary would be: “They represent their faculties to the president, provost, and other governing bodies and work with their faculty members to develop, propose, and implement program and policy initiatives.” While it is true that directories do not necessarily have to report every project that members of the administration are working on, one could also point out that the University has offered very limited access to information regarding the details and duties of admin members. Any information offered to the campus community on matters pertaining to the functioning of the administration usually consists of empty “fluff” titles, such as chair and board of trustees, which say little of what people in these positions are actually responsible for doing.

From what I have experienced during my four quarters on this campus, students on this campus generally have, at best, a vague understanding of the University’s administrative responsibilities and roles. Often the University will attempt to deflect the concerns of community members by enforcing a whimsical image of admin members, as exemplified by the deeply ingrained culture of Dean John Boyer memes on campus. Even though these memes are generally construed in a humorous light, comedy can sometimes be a lethal political tool used by higher-ups for deflection. The administration often uses comical tactics to distract other members of the University community when it comes down to important student issues, and we as students are quick to fall prey to such tactics without thinking critically about their deployment.

To investigate the ambiguous nature of administrative roles, I sat down with Dean John Ellison two weeks ago. We discussed his position along with the nature of his daily schedule. I asked Ellison about his specific role as the Dean of Students in the College: “My role as the Dean of Students here is different from many institutions. I manage several offices: the College Programming Office, College Advising, the Center for College Student Success, and the College Center for Scholarly Advancement,” he answered.

Ellison then went on to discuss the specifics of his schedule: “Every day I work with my senior team, which is the directors of CPC, CPO, CCSS, CCSA, and the advising office, and my deputy dean; we meet every morning for about 15 minutes to talk about what the day looks like and the projects we have. I do interact with the advisors weekly…. My executive team, everyday...we talk about policy issues.” Ellison confirmed that his role as a dean mainly consists of  managerial functioning.

Upon asking Ellison about his involvement with the Odyssey Scholarship and fundraising for the Center for College Student Success, I was met with an opaque response: “We have people who support us, and sometimes it’s just helpful to meet with me or Dean Boyer…. And a lot of our support that comes from parents and alumni, and then of course just people who like what UChicago is doing…. [Odyssey is] one of those really great things that we do to support students that are qualified to be here, that need some kind of assistance.”

I then pressed him on the issue of fundraising for financial assistance and asked about the “people” who supported the University’s mission and whether or not they were representatives of big corporations. “Well, it can be, but it’s generally not. It’s usually individuals…. And sometimes it’s specific for some things, like the Maroon Mentorship program,” he replied.

Our interview was finished after a 20-minute discussion of more generalities and opaqueness on his part. I left feeling as though I had been served a rehash of the directory for deans.