Impossible Foods aims to produce substitutes for all animal products on the market by 2035. 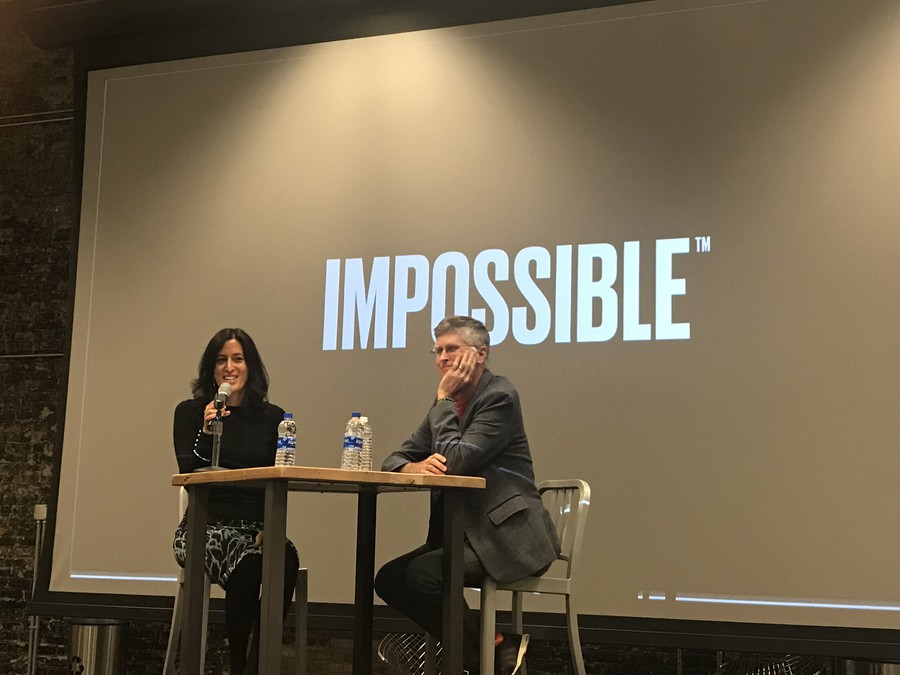 Entrepreneur Patrick O’Reilly Brown (A.B. ’76, Ph.D. ’80, M.D. ’82) spoke at the Polsky Center last Thursday about the future of food. Brown's company Impossible Foods is known for producing “veggie burgers that bleed” and aims to produce substitutes for all animal products on the market by 2035.

Sabina Shaikh, director of the Program on Global Environment at UChicago, moderated the event, which was followed by an Impossible Burger audience tasting. The event was part of the Frizzell Family Speaker and Learning Series, co-sponsored and hosted by the Polsky Center, and also co-sponsored by UChicago Medicine.

Impossible Foods was founded in 2011, and has since received almost $300 million of funding. Among its notable investors are Bill Gates, Li Ka-shing, Khosla Venture, and GV (formerly Google Ventures).

Brown spent the majority of his education at the University, where he earned his bachelor’s degree (’76), Ph.D. in biochemistry (’80), and medical degree (’82).

Before becoming a biochemistry professor at Stanford in 1988, Brown worked on a variety of projects, from pioneering research on DNA microarrays to promoting the open access of scientific journals through co-founding the Public Library of Science.

Brown attributed his ambition to his education at UChicago.

In 2009, Brown went on an 18-month sabbatical to discover “the biggest problem in the world that [he] can solve.” The challenge turned out to be recreating meat with plants as an alternative to the $1.5-trillion meat industry.

According to Brown, Impossible Foods seeks to eliminate the unsustainable meat production process. Digging into molecules that make up meat’s special flavor and appearance, Impossible’s researchers created the Impossible Burger with ingredients like potatoes, xanthan, coconut oil and soybeans.

The final touch to the meatless patty is heme, an iron-containing molecule that gives blood its red color, which Impossible’s researchers derived from the roots of soy plants, and then an engineered yeast.

Brown explained that it would be unrealistic to push for regulations that changed people’s diets or to ask them to change their taste preferences. Instead, his goal is to replace conventional meat and dairy products without compromising “deliciousness, nutrition, and affordability.”

The Impossible Burger is currently only served in select restaurants, but Brown plans to eventually enter the retail space.

“We are absolutely going to be selling our products anywhere that people are shopping for meat, fish, or dairy foods,” he said. Brown also revealed that other meat products such as chicken, fish, and eggs are in the research and development stages at Impossible Foods.

With several other producers of alternative protein, like Beyond Meat, edible bug startups, and companies like Soylent making meal-replacement beverages, Impossible Foods has a lot of competition.

Despite this, Brown is encouraged by the trend.

“We have zero interest in competing with these companies. Our definition of success is selling our products to someone who would have bought products from the animal industry,” Brown explained.

Since that is “less than 1/10 percent of America’s ground beef consumption,” Brown told The Maroon that Impossible plans to “beef up” by “doubling down on R&D and commercial scale-up.”

On October 19 at Quantum Café, the University became the first school to serve the Impossible Burger.