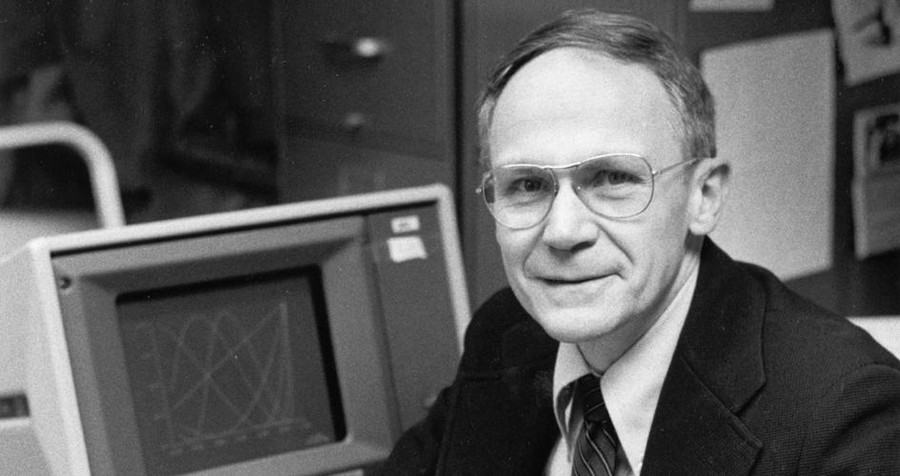 David Lee Wallace, Professor Emeritus in 1978 at the University.

David Lee Wallace, a retired professor in the Department of Statistics, passed away at the age of 88 on October 9 in Higginsville, Missouri, due to ongoing complications from Alzheimer’s disease. Services commemorating his death were held this past weekend.

Wallace is perhaps best known as an author of Inference and Disputed Authorship, which he published with Frederick Mosteller in 1964. The publication made the cover of Time that year and is considered a landmark for its use of the once-controversial Bayesian method of analysis to approach the disputed authorship of The Federalist Papers.

Wallace, who became a professor of statistics at the University of Chicago in 1967, was born and raised in Homestead Park, Pennsylvania. He attended Carnegie Mellon University and later Princeton University, where he received his Ph.D. in mathematics.

At the University, he served as counselor and chairman of the Statistics Department, supervising many Ph.D. dissertations. Before retiring in 1995, he also served as acting director of the Biological Computation Center, was an editor of scientific journals, and served on University and Laboratory School committees.

Serving as study section member of the National Institutes of Health, he was also involved with the early use of computers in predicting election results.

Wallace served as a docent for the Chicago Architectural Foundation for 12 years after retiring, and from 1973 onward, he served as treasurer for the Church of St. Paul & the Redeemer.

He is survived by his wife of 62 years, Anna Mary; their three children, Margaret (Sandra Anderson), Kathryn (Sarah Pradt) and Edward; their three granddaughters, Whitney, Amber, and Lia; and a brother, Robert.