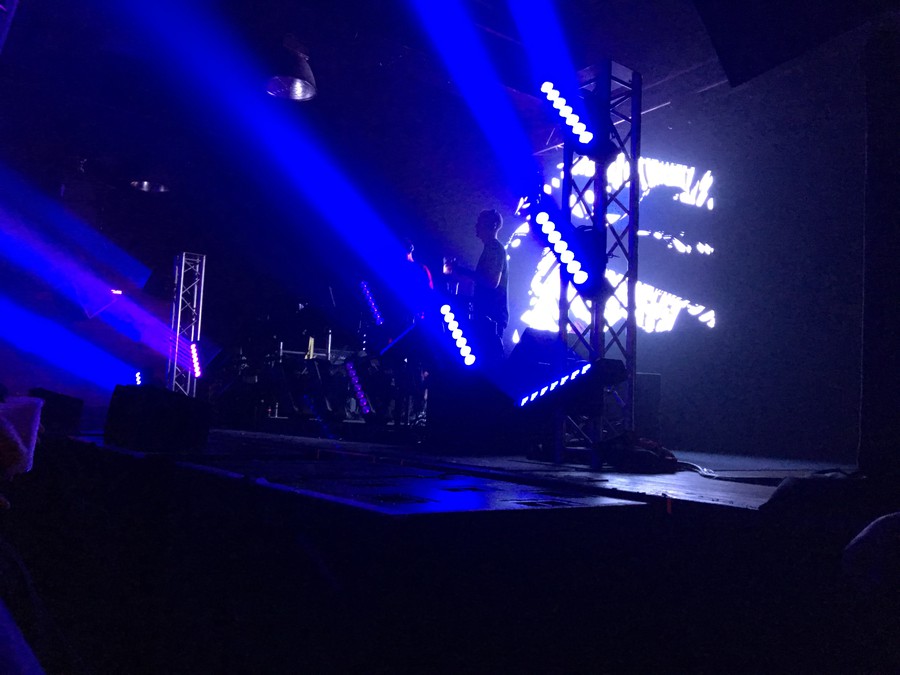 Gorgon City, hailing from North London, is an electronic music duo consisting of producers Kye "Foamo" Gibbon and Matt "RackNRuin" Robson-Scott. Their music, which fuses house, electronic, and U.K. garage, is difficult to pin down. One of their singles, “Ready for Your Love,” reached No. 4 on the U.K. Singles Chart. Their songs are characterized by smooth melodies (often courtesy of a guest singer such as Wyclef Jean) underscored by a complex bassline and diverse beats. They have released three EPs, one studio album titled Sirens, and their newest studio double-album, Kingdom: Part I and Kingdom: Part II.

The doors to Concord Music Hall opened at 8 p.m. last Friday, and attendees began to pour in around an hour and a half later. Many of the concertgoers were costumed: I spotted a mouse, a tiger, “Left Shark,” and what resembled a Life Alert button before recalling that I was observing Halloweekend, and not the aesthetic of Gorgon City’s fanbase. The room was dimly lit with an open bar in the back and balcony seats above for concertgoers who were tired of dancing. An impressive sound and lighting system sprawled across the stage, making the producers standing behind the table look tiny in comparison.

Two music producers, Lee Foss from Chicago and Kidnap Kid from England, opened the concert. Their performances were accentuated by colored and flashing lights in the background, as well as a movie screen behind them that pulsed with dynamic images. Gorgon City took the stage around 10:30 p.m.

When one listens to Gorgon City’s music online or on a record, one's first impression might be that the music is relaxing. The beats are often understated and can be overpowered by a guest singer on the track. But dance music is often better live, and Gorgon City did not disappoint. Crowd favorites included “Real” and “Imagination,” featuring singers Yasmin and Katy Menditta, respectively. These two songs are from Sirens, and had the audience singing along. Some new and unfamiliar tracks, ostensibly from the duo’s upcoming album, were also played and garnered a positive response.

Gorgon City’s incredible sound system allowed for the bass to reach the sidewalk outside of the concert hall, and the light and visual dynamics rotated in time with the music. When the beat dropped, the entire room—lights, screen, and people—went wild. It was an immersive experience, and soon everyone on the floor was breathless.