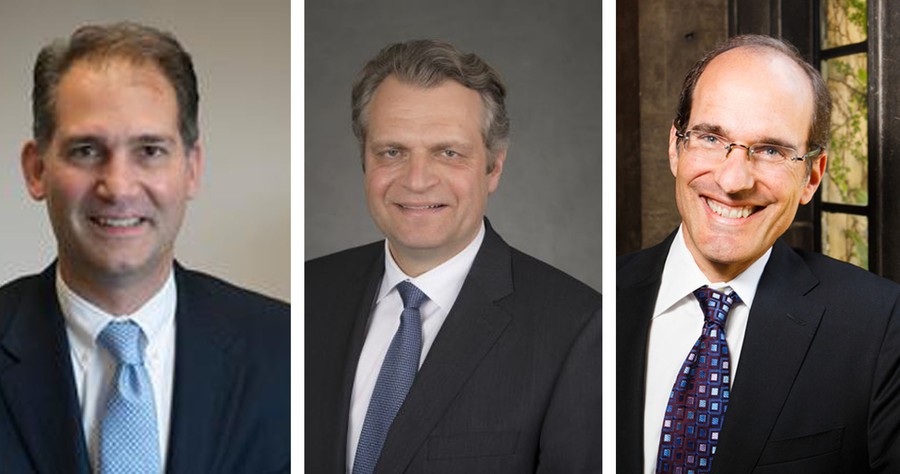 Provost Daniel Diermeier reiterated the administration's opposition to a graduate student union on Tuesday, telling members of the faculty senate in a closed-door meeting that the administration is keeping open legal options to challenge the union.

Diermeier, along with Executive Vice Provost David Nirenberg and Senior Associate General Counsel Theodore Stamatakos, discussed the admin’s position at the first Council of the University Senate meeting this academic year—a week and a half after graduate students voted to form a union. President Robert J. Zimmer was at the meeting, though he did not speak at any length on the topic of unionization.

This account is based on conversations with two professors on the Council who attended the meeting and summarized the discussion, speaking anonymously due to uncertainty about what Council members are allowed to discuss publicly. A third professor confirmed in an e-mail that this summary is consistent with what they remember. The Maroon’s request to attend Council meetings this year was denied two weeks ago, with the spokesperson for the Council saying the provost “affirms a decision made in the 1960s to treat discussions within the Council as confidential, including its agenda. It was and is felt that the possibility of conversation being made public would inhibit the frankness and candor of deliberation.” One professor who spoke to The Maroon said that most of what was presented at the meeting was not new or surprising, as administrators have made similar arguments publicly.

The University told The Maroon that Diermeier was unable to commit to negotiating if the request for review is denied because he did not want to engage with hypotheticals. “Provost Diermeier was very clear that he declined to address hypothetical questions about the next steps in the NLRB process, in order for those present to engage in a full discussion about their views regarding the unionization effort,” a statement shared by spokesperson Jeremy Manier read.

Diermeier acknowledged that graduate students, or at least a significant portion of graduate students, are unhappy, as indicated by the vote. He said that it is time for the University to figure out the sources of their unhappiness. However, he said he feels a graduate student union could make doing so difficult.

One of the professors who spoke to The Maroon said this construction struck them as odd, given that Graduate Students United’s activism appears to be what has prompted the administration to acknowledge that graduate students are unhappy. The professor also said that if graduate students are unhappy, it’s likely at least in part because they feel the University mishandled its response to unionization efforts.

Diermeier stressed the University’s belief that there could be problems stemming from the fact that the union would be subject to federal law, which he said is less filled out than state law is in this area (graduate unions at public universities are subject to state law).

In his opening remarks, Diermeier said the National Labor Relations Board (NLRB) has become a partisan entity, frequently switching positions as each president makes appointments to its five-member board. The Obama-era NLRB ruling that opened the possibility of graduate student unionization has been at risk since the Senate confirmed a Trump appointment to the NLRB in September, giving the board a 3–2 Republican majority. There is some uncertainty, however, if this majority will exist with respect to the unionization issue, because there have been calls for one of the Republican members of the Board to recuse himself due to his wife’s employment by the Trustees of Columbia University.

Update (11/2): After this story was published, two sources told The Maroon that the spokesperson for the Committee of the Council, Clifford Ando, wrote to all Council members encouraging them not to publicly discuss meetings.

Ando spoke with The Maroon about this, expressing frustration that members had violated a confidentiality rule. Ando suggested the idea that if someone voluntarily joins an organization and then knowingly breaks the rules, maybe that person should not have joined the organization in the first place, though he said that he probably would not go that far. He said Council members could propose a rule change to make the meetings public and the Council could have a vote on the issue, but he repeated that Council members should adhere to the existing rules. Ando said he consulted the provost before he wrote to the Council, and that he got approval.

He acknowledged that members may not be familiar with the Council’s procedures, and he said it is possible that extended periods of time have passed without the issue of confidentiality coming up.