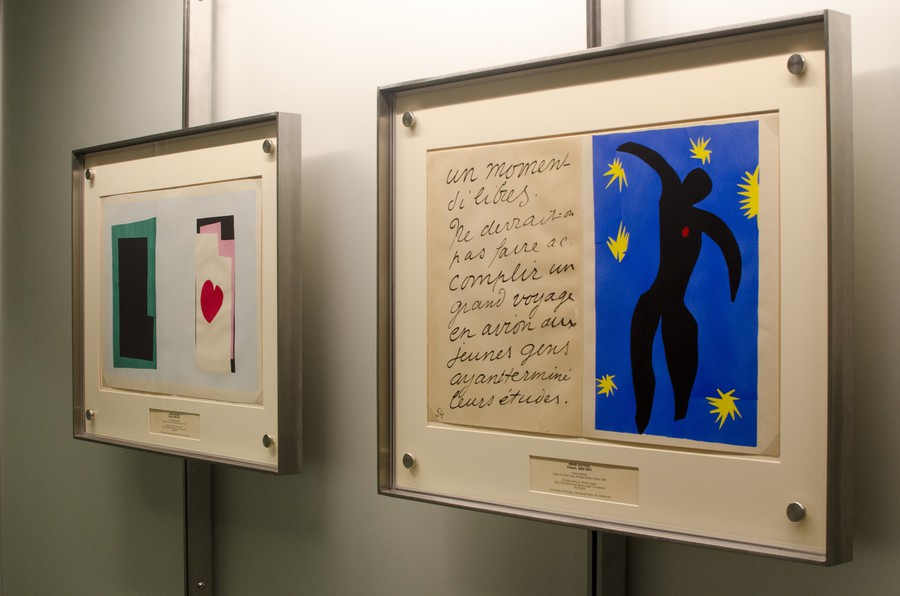 Walking through the basement of the Logan Center, you might not expect to find anything shocking. The 20 prints from Matisse’s Jazz, however, are a jolting burst of color and shape. Now on permanent display in the otherwise mundane hallways, the installation is worth visiting almost as much for its bizarre locale as it is for the masterpieces themselves. Now is your only chance to view the complete book at once; for conservation purposes, the Logan Center will soon begin rotating only 10 prints at a time. 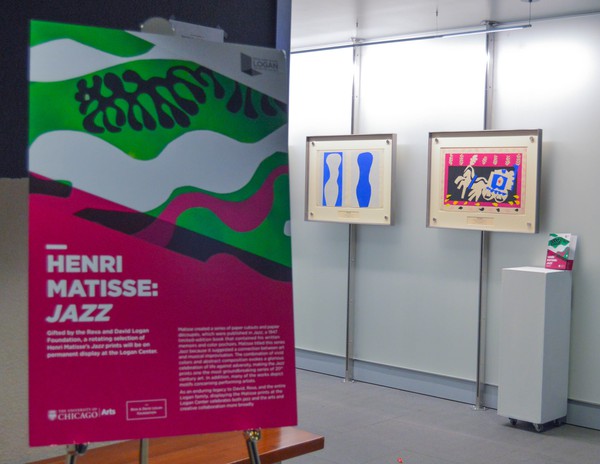 Finding yourself alone in the dim basement with such recognizable works as “Icarus” is an experience similar to happening upon a treasure in an attic. The viewer is forced into such close proximity that it is impossible to step back and take in the composition of each print, let alone the series as a whole. The dark location was chosen partly for conservation purposes, a concern which was made visible by the specially designed frames. Bill Michel, executive director for UChicago Arts and the Logan Center, also explained that the lower level is regularly used by members of the community, and that they were excited to be able to add some art to the location. 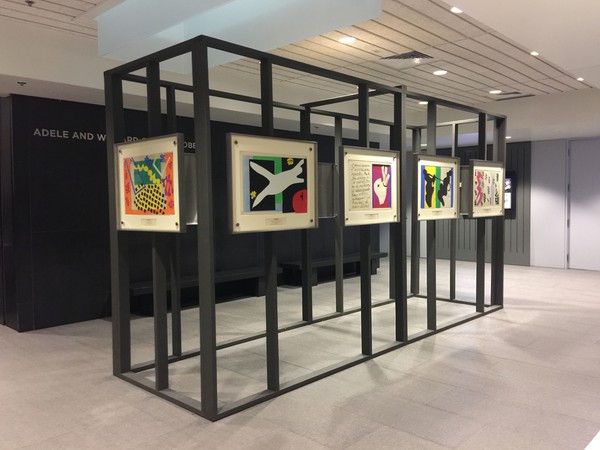 A gift from the David and Reva Logan Foundation, Jazz was part of its collection of modern illustrated books. Matisse created the book entirely on his own, beginning the pieces in 1943 and completing the project with an accompanying text in 1946. The images represent everything from “Lagoon” to “The Knife Thrower” to “The Cowboy,” but are united by what Matisse called the common theme of “memories and circuses, folktales and voyages.” No matter how diverse the subject matter, the images of Jazz undoubtedly form a collection.

Matisse’s handwritten texts are almost as visually stimulating as the bold forms opposite them, creating something closer to a diptych than a book page. Although they are stenciled prints, they retain the physicality of the paper cutouts that Matisse used to create the original images. There is a tangible depth to the shapes and a vitality in the colors, even for something as simple as an orange circle. It is often through these stark forms, the places where Matisse clearly achieved his vision of “form filtered to its essentials,” that one feels confronted by, or perhaps sucked into, the scene. 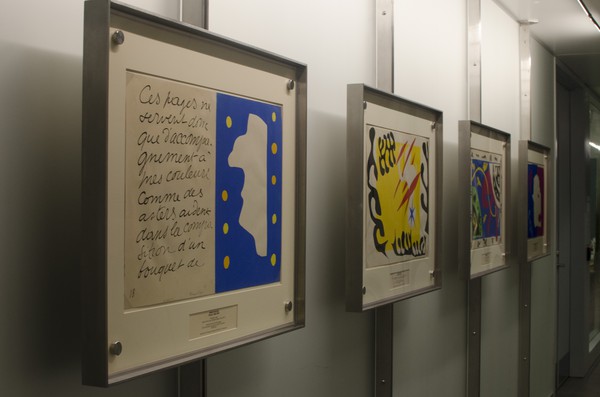 It is easy at first to dismiss the prints as well-designed compositions, shapes that merely serve as visual patterns. The more one allows oneself to be immersed in them, however, the more apparent it becomes that each image captures a genuine moment—a scene with layers of life and movement. The petal shapes in “Pierrot’s Funeral” don’t just serve as an aesthetic border. Rather, they fall straight from the plumes of the passing parade and threaten to float off the page. Who would have guessed that the colorless hallways of the Logan Center basement would become the home of such masterpieces?