Sir András Schiff is a Multitasking Maestro at the CSO 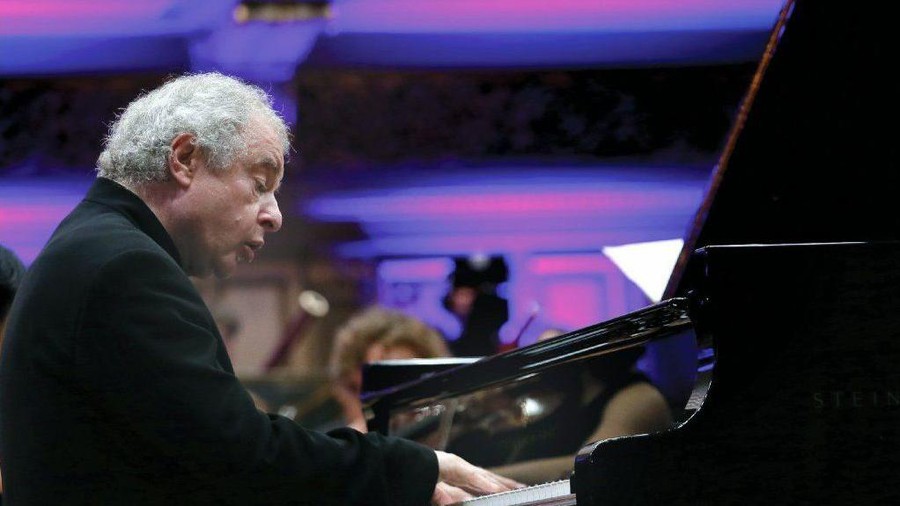 The Chicago Symphony Orchestra (CSO) held its annual Fall College Night last Saturday evening, welcoming students from Chicagoland for a meal and Q&A session with CSO musicians. Oboist Lora Schaefer and bassist Bradley Opland discussed topics ranging from their career paths and conservatory practice schedules to their favorite composers and most embarrassing performance experiences. Though College Night itself is little more than a symbolic event, it is part of a much broader outreach program that successfully attracts a young audience to CSO events.

Saturday’s performance featured András Schiff as soloist and conductor for a program of Haydn, Bartók, Bach, and Beethoven. One of the foremost pianists of our time, Schiff has assumed the role of the conductor in recent years. The evening marked the penultimate performance of his four-concert engagement with the CSO.

The evening began with Haydn’s Symphony No. 88 in G major, one of the composer’s more well-known works. The Adagio quickly gave way to the lively Allegro, which Schiff conducted with energy, levity, and spirit. Yet where the symphony truly excelled was in the slow second movement. The flowing theme from Largo was introduced by oboe and cello, and was succeeded with a series of increasingly ornate variations. When combined, the distinct timbres of the oboe and cello created a unique sonority with each iteration of the main theme. Despite the reduced size of the ensemble, the piece had an incredible warmth and a rich texture comparable to that of a full orchestra.

The Menuetto was somewhat underwhelming and lacked the dance spirit one might expect. The vibrant Allegro finale—a rondo based on a folk melody—more than compensated for the sluggish third movement. The CSO executed the middle section’s dramatic and complex canon perfectly; each instrument’s line was clear and independent amid a coherent overall interpretation.

The evening proceeded with Bartók’s Divertimento for String Orchestra, a three-movement work written in the style of a classical concerto grosso that explored modalities and rhythmic structures characteristic of Bartók. Throughout the Divertimento, a small group of soloists played against the full ensemble, creating fascinating musical interplay. Schiff brought out the full character of each movement: the Allegro non troppo was vivid and intense, the Molto adagio eerie and dark, and the Allegro assai energetic and joyful.

Yet the highlight of the evening, and where Schiff truly excelled, was when he conducted from the keyboard while playing the piano solo. The warmth and humility of his leadership combined with the intimacy of his interaction with the ensemble made for an incredible second half of Saturday’s program.

Schiff is arguably the greatest interpreter of Bach’s music today, and known for his lifelong habit of playing Bach every morning. He adamantly refuses to use the modern piano’s sustaining pedal, which the harpsichord lacks, and chooses instead to maintain the integrity of Bach’s phrasing through remarkable finger legato.

Saturday’s performance of the Keyboard Concerto No. 5 in F minor was breathtaking in clarity and emotional restraint. Whereas other performers might succumb to Romantic inclinations, Schiff achieved great musical expression while adhering to stylistic conventions. The fast outer movements were intense and stern, and the Largo featured a beautiful melodic line against a modest orchestral accompaniment.

Schiff’s multitasking abilities were further put to the test in Beethoven’s Piano Concerto No. 1 in C major, which is typically performed with a conductor. Yet the lack of intermediary between soloist and ensemble was well worth the risk; the orchestra successfully followed Schiff, and the unity of the performance was exceptional.

As Beethoven’s first concerto refers back to the earlier classical styles of Mozart and Haydn, Schiff’s conservative style was an asset to his performance. The Allegro con Brio was crisp, and the Largo was wonderfully restrained and expressive. In the last movement, Schiff’s approach shone: he proved that his technical prowess and pianistic clout would not be tarnished by a playful, charming demeanor that put smiles on the faces of hundreds of attendees.

It is this humility that sets Schiff apart. His style is impeccable, intelligent, and relatable. One only hopes that he won’t wait another 22 years to return to perform with the CSO.